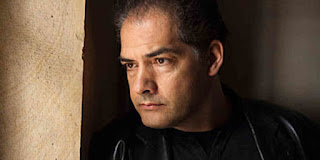 Philip Kerr died last week. It's hard to measure exactly how much his work meant to me. I read his Bernie Gunther books - specifically the first three; March Violets, The Pale Criminal and A German Requiem, collected in the omnibus Berlin Noir before I'd written anything I would put my name on. They made a huge impact. 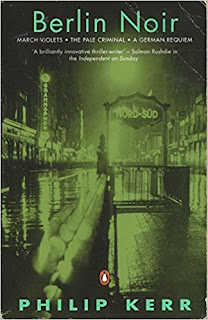 I read those books just about the time the United States fucked up George Miller's plans for Mad Max: Fury Road by invading Iraq and they scared the shit out of me. I felt like Bernie - an ex-policeman in pre-war Berlin blithely 'Heil Hitler'ing as an everyday greeting, almost unconsciously standing for patriotic songs sung in every pub by citizenry whipped into a nationalistic fervor (or at least feeling the need to posture like they were). Nevermind the interior eye-rolling - in order to get along you just did it.

I plowed through them after I saw my buddy Mark reading the omnibus at a bar one night. That cover photo called out to me and what I found inside disturbed me. Terrified me actually. When I put them down all the yellow ribbon bumper stickers on SUVs in my daily commute and the Stars 'n Stripes flags - often more than one - flying from every front porch jumped out at me and I had a real "are we the baddies?" moment - one that landed with a bigger, more resounding thud than previous tepid knocks at conscience's door. 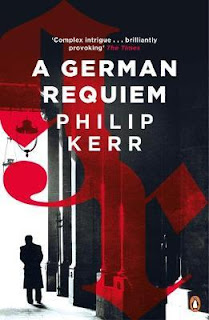 The slow awakening of the character over the course of three books - two pre-war and the haunting post-war coda A German Requiem - the realization that he's been a cog in a terrible machine no matter how hard he tried to be a man of conscience and do the right thing and the pervading national depression, guilt and shame - and the mad scramble to justify personal actions of the recent past, but still not being able to make eye contact with neighbors... oh man, I felt that. 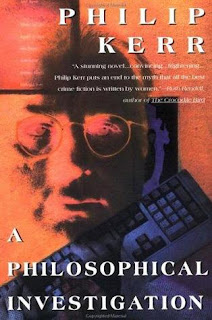 I read his science fiction crime novel A Philosophical Investigation, I bought the Kennedy assassination thriller The Shot and then decided not to read it for fear it would pale next to American Tabloid (which I'd just read) and decided to save it for later. I kept my eyes peeled for more intriguing titles from Kerr - The Grid, Esau, Hitler's Peace and the hard to find, out of print Russian mafia title Dead Meat all piqued my interest and hovered on the periphery of my consciousness for years until the unthinkable happened... 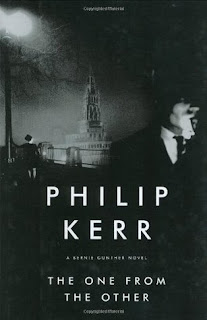 In 2006, after a fifteen year hiatus, another Bernie Gunther title emerged. The One From the Other found Bernie picking himself up from the ashes of his burnt down world and moving forward. The book set in 1949 found him enmeshed as the world was in sorting out the criminal responsibilities of the survivors among his countrymen and it went into his time in the SS on the Russian front during the war (giving us further insight to A German Requiem). The series went further and broader into the future and the world - as an accused Nazi and Nazi hunter in South America - a terrific and an appropriate course for the character and series... but I never read past the fourth entry for fear of diminishing returns and the dilution of the pleasure I took in the early books (as I am wont to with all long-running series).

It's comforting to know that there are eight more Bernie titles I am free to explore as well as other titles I've not yet enjoyed. I got to meet Kerr a couple years back when he came to St. Louis and spoke to a small, nervous crowd on a tornado-ridden spring night in the midwest. My buddy Mark, who first introduced me to Kerr's work, went with me and we got our books signed and still talk about him and his work when we get together. 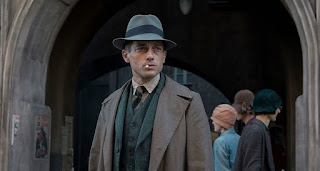 The night after learning of Kerr's death I finished the German television Netflix import Babylon Berlin based on the Gereon Rath books by Volker Kutscher. Set in between apocalypses in 1929 (so far, there are six Rath titles climbing into the mid 1930s) it's tempting to look for Bernie in the halls of justice... (I recommend the show - haven't read the books). 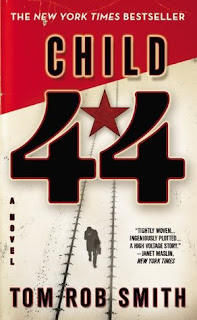 The only other books I've had a similar reaction to are Tom Rob Smith's Leo Demidov trilogy - Child 44, The Secret Speech and Agent 6 - about a policeman under Stalin having a slow, unpleasant awakening to his part in the awful - yeah, all the trappings of a thriller are there, but the heart of it is a heavy one. An earned and authentic weight that the character can never get out from under, but which drives him toward a probably unattainable redemption.

Let me know when somebody writes the 21st century American equivalent of these novels because fiction is the lens we often need to see things clearly.

So long, Philip Kerr, and thanks for all the books.
Posted by jedidiah ayres at 12:39 PM