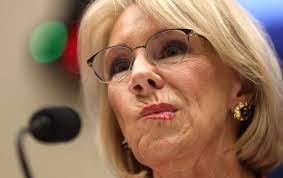 Now that our family's schedule for the rest of the calendar year has officially been determined as stay-at-home (a good thing considering it'd be a terrible idea to send our kids back to school - as much as we/they don't enjoy the whole online learning thing, it's really the only sane and option for our community), I'm looking back on the first half of 2020 and looking forward to more of the same... books, movies, podcasts. Okay. 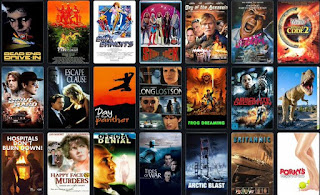 Like last summer's deep dive on the films of Cirio H. Santiago, this summer's first new-to-me exploitation legend was Brian Trenchard-Smith whose films ran the genre gamut from sci-fi, horror, action, Lifetime channel thrillers, sci-fi channel thrillers, sex comedies and in the extra especially made just for Jed category; Christian apocalyptic exploitation. That's right, Megiddo: The Omega Code 2 starred Michael York, Michael Biehn, Udo Kier, Franco Nero, Diane Venora and R. Lee Ermey as pawns of the principalities of this dark world drawn by Calvinist inclinations toward their destiny. I wouldn't recommend most of you checking it out, but for this pastor's son it was an absolute hoot.

One I absolutely would recommend for everybody is Dead End Drive-In. First, it's a fucking amazing concept - punks and undesirables corralled in a purgatorial drive-in movie theater. They can't leave, but most don't even notice, let alone mind. They're kinda content to watch action movies (BT-S's The Man From Hong Kong and Turkey Shoot are both featured), have sex in their cars and get coupons for the concession stand. It's a great metaphor for malcontents of the Reagan-eighties distracted by MTV and shopping malls, but mostly it's a whole lotta fun. Enjoyed Turkey Shoot a bunch too - mostly for the go-bigness of the whole thing, likewise BMX Bandits for the purity of its dayglo 80s energy and Stunt Rock for its 70s conceptual wtfuckitty. 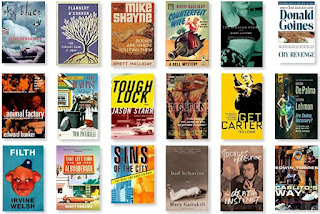 I read a lot of good books in the front half of the year including some classics I'd never gotten around to (Edwin Torres' Carlito's Way, Ted Lewis' Jack's Return Home, Edward Bunker's Animal Factory, Flannery O'Conner's The Violent Bear it Away, John D. MacDonald's The Executioners, Walter Mosley's Devil in a Blue Dress) and even a re-read of one (Richard Stark's The Man With the Getaway Face), some story and novella collections (Mary Gaitskill's Bad Behavior, Grant Jerkins' A Scholar of Pain and John Hornor Jacobs' A Lush & Seething Hell), a couple turns into non-fiction crime (Jacques Merine's memoirs The Death Instinct and Sins of the City: The Real Los Angeles Noir by Jim Heimann), took precious dips into favorite wells of no-longer-producing and non-prolific writers' bodies of work (William Gay's Little Sitster Death, Tom Piccirilli's The Dead Past, Vicki Hendricks' Sky Blues, John Brandon's Arkansas, Lynn Kostoff's The Long Fall, Rick DeMarinis' A Clod of Wayward Marl), and made a couple exceptions to my - trying to avoid books by personal friends - guidelines to read some N@B alum (the aforementioned John Hornor Jacobs, Scott Phillips' That Left Turn at Albuquerque, David James Keaton's Pig Iron and the first couple collections of The Grass Kings by Matt Kindt, Tyler Jenkins & Hilary Jenkins).

But the main event for my summer's big reading push will be the first two books of James Ellroy's 2nd L.A. Quartet, Perfidia and This Storm. I picked up Perfidia when it was brand new, but put it down fairly quickly sensing that it wasn't the right moment for me to read it. So glad I picked it back up now because holy crap did it sing to me. I'm halfway through This Storm now and it's doing the same. I'm a sucker for his schtick and loving every moment of them.

Who else's schtick am I enjoying lately? 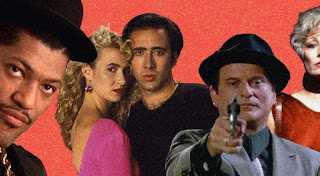 Zach Vasquez keeps delivering the goods with regular pieces at Crime Reads. Even when I disagree with his take/choices I enjoy putting together my rebuttal. You can also follow him on Twitter @zach_vasquez 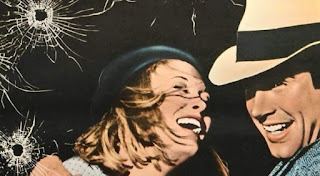 Another Crime Reads regular contributor that I enjoy is Nick Kolakowski and the same inside-my-head arguments apply. Follow him on Twitter @nkolakowski 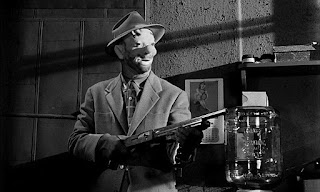 Priscilla Page publishes good movie pieces a bunch of places, but also no has a patreon where she regularly publishes essays. Particularly enjoyed a recent piece on Stanley Kubrick's The Killing. Follow her on Twitter @BBW_BFF

Andrew Nette's Pulp Curry blog continues to take a good, loving look at all things pulp fiction, film and culture. He's just started a look at all the film adaptations of Donald Westlake's (Richard Stark's) Parker character which kicked off with this piece on Alain Cavelier's Mise à sac adapted from Westlake/Stark's The Score. Follow him on Twitter @PulpCurry 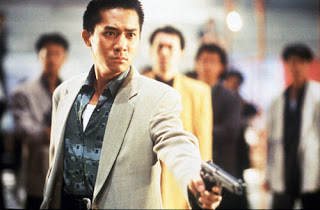 Jen Johans is podcasting regularly about movies and I've enjoyed both Watch With Jen and Watch With Jen & Friends. Her blog Film Intuition is still going strong and she publishes guest pieces around the web too - check out this appreciation of Tony Leung for Phoenix Film Festival. Keep up with her by becoming a patreon subscriber and follow her on Twitter @FilmIntuition

Of course Mike White is still doing an unbelievable amount of good work for The Projection Booth podcast. I've got a few upcoming episodes I'm enjoying boning up for now. Consider becoming a patreon subscriber and keep up with Mike in the Booth on Twitter @proboothcast. 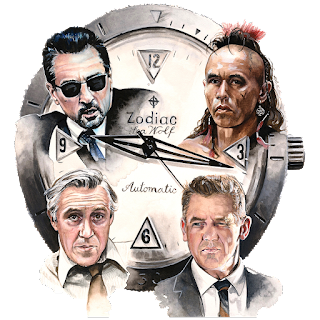 Blake Howard's All the President's Minutes and Travis Woods' Increment Vice keep attracting tremendous guests for excruciatingly in-depth looks at Alan Pakula's All the President's Men and Paul Thomas Anderson's Inherent Vice. Both podcasts belong to the One Heat Minute family of podcasts and both gentleman continue to write enthusiastic and insightful essays and criticism on film regularly. Follow them on Twitter @OneBlakeMinute and @aHeartOfGould

Brian Lindemuth's got a new project: One Inch Tall Movies is a blog about foreign films (the title comes from Bong Joon-ho's Oscar acceptance speech where he says that English speaking audiences can discover a whole lot of new worlds in film if they can just surmount the one inch tall barrier of subtitles). Follow him on Twitter @brianlindenmuth 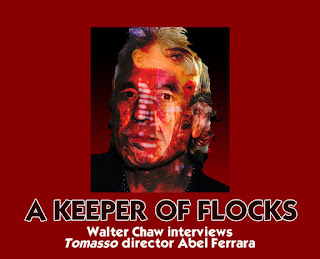 Walter Chaw's always coming up with older films I'm not familiar with and pretty terrific at explaining exactly why they're going to be (or not) specifically for me. He writes at length at Film Freak Central (check out this recent interview with Abel Ferrara) and you can follow him on Twitter @mangiotto

Also been enjoying the Twitter feed of Tony Tost - writer for Longmire, The Terror and creator of Damnation - as he leaves reviews and mini-essays on films he's watching and obsessing over be they Bergman, westerns or The Bad News Bears. Follow him on Twitter @tonytost or find them on Letterboxd.
Posted by jedidiah ayres at 7:14 AM