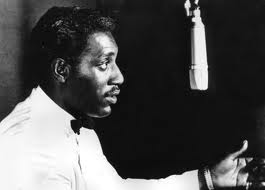 Way back at the ass end of 2008, I started this here weblog without any idea what I was doing. Someone had given me a computer and I found that there was a wireless signal in my neighborhood that I could access from certain corners of my house... sometimes. I'd been using the ol' web for a few years for research and email purposes, going to the library and waiting half an hour to be able to log on and get my shit done in twenty or thirty minutes, but I'd had about zero leisure time spent there until then. And just between you and me, you would not believe the stuff lurking out there on the internet. Or maybe you would.

One of the first things I found that I kept returning to was a blog called Needle Scratch Static published by Gordon Harries. Don't remember what led me there, but I found in Harries' entries, some commonality in his enthusiasm and obsessive attention to his passions. They were - film, literature and music primarily and crime films and literature specifically that caught my attention. He referenced directors David Fincher and Michael Mann as favorites and I could see why - both create visually dense pictures with a level of detail very few are ever going to appreciate. Gordon will, he's sharp like that and exactly the kind of viewer they make pictures for. Over the last year and a half, I've found his bits in other publications who have eagerly snatched up his critical pieces and essays. Whether it's an interview with Martyn Waites or David Peace, an insightful profile on Derek Raymond or a detailed account of the merits of Get Carter or Moses Jones, he brings that combination of enthusiast and serious social critic that keep me coming back. He is a contributor to The Rap Sheet and 3:AM Magazine and his profile of Dashiell Hammett ran in the first new issue of Crime Factory.

Did I mention he knows a thing or two about music? He's today's contributor to the Narrative Music series.

You Keep Me Hanging On

I’m a fan of the cover version. Sure, there’s a barrage of poor examples that you could point to, but get it right and the tone of a song, its very meaning can change.

Such is my experience of Wilson Pickett and the ubiquitous ‘You Keep Me Hanging On’. You probably know it best from the Supremes rendition, all storming vocals. A proclamation of emancipation-as-celebration.

In ‘Wicked’ Wilson’s hands, though…

The first difference that strikes you is the tone. If you could categorize the songs more celebrated incarnation as defiant, this is solemn. Subdued, even. Then Pickett steps to the microphone and the tone becomes haunted, sombre, elegiac. “Set me free, why don’t you girl” he pleads. “Get out my life why don’t you girl.” Then the kicker, sang with palpable desperation: “because you don’t really love me, you just keep me hangin’ on.” And the paranoiac worldview of post-war noir slides into view. Particularly as, with the best of literature, there’s no guarantee that this plea will be heard.

Obviously, there are at least a dozen factors as to why this version of the song is so affecting, not the least of which is that the Supremes version is so over-familiar that it’s long since become the pop cultural equivalent of wallpaper, but when Pickett and the Stax boys perform the song it becomes an articulation of undermined masculinity. (Essentially queering it, certainly subverting it.) And marries it to the paranoiac worldviews to be found in the novels of David Goodis, James M Cain and Jim Thompson.

It’s a version that, truly, haunts me.
Posted by jedidiah ayres at 4:30 PM

Wonderful piece. More of this Gordon?

I could certainly be persuaded.

But yeah, I think it came out well.