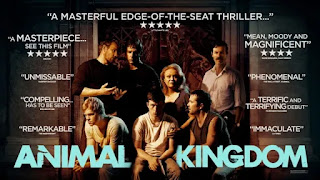 Writer/director David Michod’s debut feature, Animal Kingdom finally opened in St. Louis this weekend and it arrived burdened with enough anticipatory baggage to drown a lesser film. I’ve already gone on about how many times I’ve watched the Air Supply scored trailer and marveled at the effectiveness and sheer audacity of that song’s use in it, so I won’t repeat myself, suffice to say I knew a fair amount about what to expect from this film in terms of plot and tone, but it never went where I’d determined it was headed. No small achievement that. There was a moment early on where, in regards to a certain character, I realized that I’d seen every shot from the trailer he’d been featured in already and I was left to guess where he was headed. Unlike when I experienced that same rare feeling of uncertainty in a film previously this year in 44” Chest, (and then nothing happened), Animal Kingdom took me completely off guard and scared the hell out of me. There is an assassination early in the picture that so effectively sets up the danger and the very real stakes of everything that follows, that the pressure never lets up. Doesn’t matter what’s going on onscreen, you are tense, you know that no one is safe and that by the time you (or they) see it coming, it’ll all be over.

The first scene is a small work of perfection. Could’ve been an award winning short film, really and it sets up our main character better than any synopsis some hack like me might agonize over constructing, so I’ll leave it alone, but I’ll mention James Frecheville’s performance of J. as one of the best on screen portrayals of a teenager since Leo Fitzpatrick in Larry Clark's Kids. This dude is so dull in the eyes and blank about the face and turns in such a slack jawed demonstration of mouth breathing, without ever overdoing it, you’ll be tempted not to give him credit for acting. But that my friends is simply nailing the part. And it’s a brave part to nail. Aside from a single moment to break down crying, he’s given no flashy lookit-me type “acting” to do. 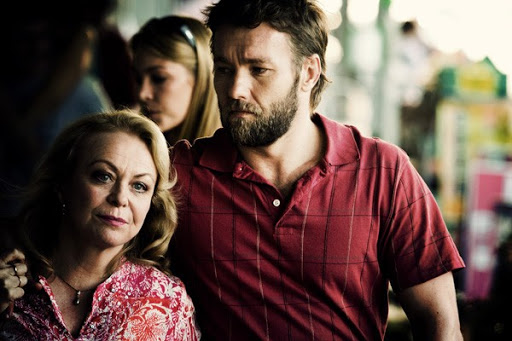 Frecheville’s is one among an ensemble of strong performances that include Jackie Weaver, Ben Mendelsohn, Sullivan Stapleton and Guy Pearce. Writer of The Square (as well as brother of The Square’s director Nash Edgerton), Joel Edgerton also turns in what would be a star making performance in a bigger exposure picture as the singular voice of reason and moderation amongst this circle of thieves and madmen. His onscreen presence is one of the most magnetic in years. Dude’ll be huge, mark my words. Let’s just hope that he can say ‘no’ to a few of those awful first offers that come his way now – the ones Colin Farrell wasn’t able to turn down for a few years.

I remember reading some early reviews of Reservoir Dogs where critics said “I know what this film wanted to do. It just wanted to show you all the things you don’t get to see in crime movies. It’s a heist film and you never see the heist. Instead, it focuses on all the boring parts. Ha-ha. A cheap trick.” And I suspect some folks will feel the same about Animal Kingdom. There is no big job our bank -robbing protagonists are gearing up for. There is no little job. And we’re mercifully spared any court -room procedural even though a large section of the film is preparing us for the testimony one character will bring against his partners. We understand enough from the preparation and the aftermath exactly how things go. Anything else would be gratuitous, and even though it’s a well-trod genre, there is nothing gratuitous about Animal Kingdom. 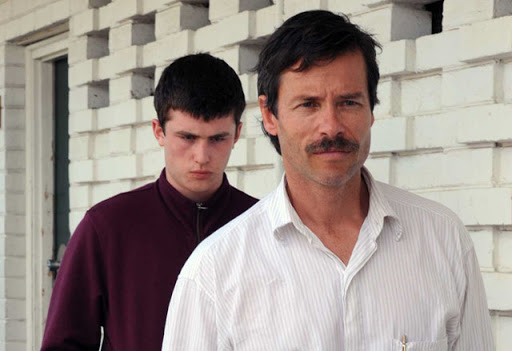 There is no cool criminal speak about ‘scores’, ‘hits’, ‘marks’ or ‘vigs’. Nobody racks a gun in a sexy manner. No one discusses grand plans for outwitting the police or each other. In fact, all we get to see of the reward for the criminal life style the main characters live is a bunch of high-strung, paranoid bundles of kinetic violence cowering in the dark of their own living rooms from the police. And with good reason. At one point, we hear a character say that they heard the police are looking to kill him, (apparently out of frustration, since they’ve been unable to prove any allegations against him). In any other movie, we’d have no reason to believe that this was anything more than a paranoid delusion of grandeur, but we’re given several onscreen demonstrations of the ruthless, systematic abuse of power these guys are up against and, like I said earlier, you’re just tense the whole time. I was reminded of the quote from Frank James on why he’d turned himself in, (found in Scott Wolven’s collection of outlaw and convict stories Controlled Burn),
“I was tired of an outlaw’s life. I have been hunted for twenty-one years. I have literally lived in the saddle. I have never known a day of perfect peace. It was one long, anxious, inexorable, eternal vigil. When I slept it was literally in the midst of an arsenal. If I heard dogs bark more fiercely than usual, or the feet of horses in a greater volume of sound than usual, I stood to my arms. Have you any idea of what a man must endure who leads such a life? No, you cannot.” 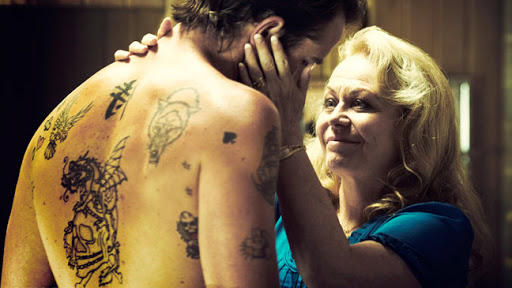 And like a Wolven story, there is more meaning packed into the details, more nuance in the choice of words, (or silence), and more life pulsing beneath the sum of the character’s actions than the combined yield from any ten examples of the standard fare “crime” fans are typically fed. Just watch a single scene between the oldest, Pope, and his youngest brother - the relentless goading masked as an appeal for clearing the air and understanding between them, and the weary acceptance of brotherly abuse -you’ve got that relationship down. Or the sweet, bordering on creepy way mom treats her sons, their prompt, slumped shouldered acquiesce to her kisses that put them in their place – directly under her. Family,the ties that bind. And gag.

I’m not sure why this film is drawing so much comparison to Goodfellas. I wish that it weren’t, because they’re dissimilar experiences and it’s an unfair, if flattering, parallel to make. I’m tempted to think that when audiences feel moved or overwhelmed by a mere genre picture, it’s immediately heralded as the second coming of, ‘oh, what was that other good movie about criminals?’ and A Prophet had already snagged The Godfather comparison this year. Animal Kingdom is not the scale of film that Goodfellas is. One of its strengths is its firm grasp of its own identity. It’s a small picture, modest in scope, ambitious in tone and confident in its abilities. It will not meet you halfway. It’s not pandering for a larger audience. Like each creature in the titular metaphor, it strives to set the terms and if you’ll just submit to them, we’ll all get along fine.
Posted by jedidiah ayres at 4:32 AM

Looks great, I hope it makes it over to Poland!

Yeah, y'know, it's that tension that really set the movie apart. I think my stomach was in a knot the whole time, and that is exceptionally difficult to do these days, keep me that emotionally invested.

if only we paid as much attention to it here as you guys are paying it there. the media tried, but it should've been huge. i shake my head at this country often. this is why we lose anybody of any talent either in front of or behind the camera, and who can blame them for leaving? great review, jed.

I have four days to make it over to the only theater showing it. I will do it or bust.

Jed, Great review here...it was not at all what I expected, however it was very good. Thanks for the tip months ago.

Loved it. The last scene--did he not know the depth of evil of the person he hugged?

Y'know, Patti that's part of the beauty of it, yeah? His performance was so blank, but the character had more going on than he showed. Which brings questions to mind - how aware was he? How culpable? How innocent/naive?

And the hugger? What's the next step?

Can't wait to see it again

Me, too. I love ambiguity, even when it drives me crazy.