Ding Dong the Witch is Dead 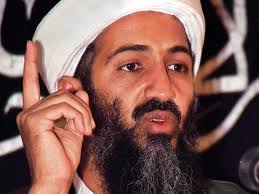 Okay, now that Osama Bin Laden has moved on to his first dozen celestial virgins and Saddam Hussein and Slobodan Milosevic are jet skiing the lake of fire, now that Fidel Castro is too feeble to crush anybody and Kim Jong Il is somehow less menacing in nepotism thank Hugo Chavez is in power. Where will we turn to fill the role of International Boogey-Man No. 1? Talking a bit about it over at Ransom Notes.

But y'know who's got an answer to that question? A quick list in no particular order:

Who is it? Who could possibly be sinister enough for all to agree on? You'll just have to speculate for a while longer.
Posted by jedidiah ayres at 8:02 AM