Here's some blurbs for the hungry ones club that will be N@B, Saturday, June 11, 7pm upstairs at Meshuggah Cafe. 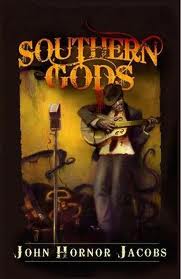 
If William Faulkner, Jim Thompson and H.P. Lovecraft had an orgiastic blood sacrifice ritual to honor the Old Ones in the Delta Swampland at the height of the muggy Deep South summer at midnight, Southern Gods would probably be the result. - Ed Kurtz, author of Bleed


A dark and dreamy delight ... enlivened by the sort of characters only Elmore Leonard and Shirley Jackson could write ... Southern Gods held me fast until the end, leaving me wanting more, but satisfied that I had witnessed enough brilliantly rendered brutality and compassion for one sitting. - Weston Ochse, Bram Stoker Award-Winning Author of Empire of Salt and Scarecrow Gods 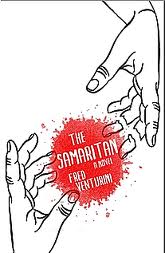 For Fred Venturini's The Samaritan


Fred Venturini is an awesomely talented writer, and he proves it on every page of The Samaritan. Stretching artfully from the shabbiness of life in a small Illinois town to the glitter and greed of Hollywood, this first novel about a shy, emotionally damaged loser with a bizarre but coveted ability to regenerate his vital parts is one of the most engaging and ultimately satisfying that I've had the pleasure to read in a long time.—Donald Ray Pollock, author of Knockemstiff

Reading this was like finding an autobiography I forgot I’d written. Like Venturini had access to all my secret thoughts. It was strange and wonderful, and I’d pay to do it again.—Stephen Graham Jones, author of It Came from Del Rio

Morales wrestles with nothing less than the parameters of the human soul. —Luis Alberto Urrea

These are brutal and frequently riveting stories of the mean streets rendered in highly emotional, cinematic language. - Joanne Wilkinson (Booklist)

The bleakly human debut of the new Bukowski. - Esquire

Morales's vision is disturbing, haunting, though sometimes even strangely hopeful...his talent is considerable. You won't ever look at Tucson in quite the same way again. And you won't rest easily until the last page is turned. -January Magazine 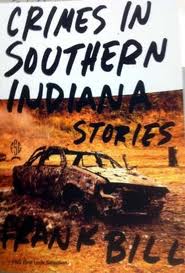 Returning to the bosom of N@B, Frank Bill's Crimes In Southern Indiana


Good Lord, where in the hell did this guy come from? Blasts off like a frigging rocket ship and hits as hard as an ax handle to the side of the head after you’ve eaten a live rattlesnake for breakfast. One of the wildest damn rides you’re ever going to take inside a book.” —Donald Ray Pollock, author of The Devil All the Time

Bill's resolutely unsentimental debut collection lays bare working-class strife, exposing atrocities that are at once violently harrowing and desperately human. Readers who enjoy coal-black rural noir are in for a sadistic treat: flowing like awful mud and written in pulpy style, these stories paint a grisly portrait of the author's homeland. You might want to have your brass knuckles handy when reading. - Publisher's Weekly

Is there anything else even competing with your Saturday night? Don't be lame. Be there.

And we've just added an event for Saturday, August 6 with Jesus Angel Garcia, author of badbadbad!
Posted by jedidiah ayres at 9:37 PM

Mr. Pollock, He came from the webzines. Visit us some time and you will find a bevy of talent on the rise. Warm regards, David.

Frank Bill; then Jesus Angel Garcia. You guys are rockin' at the bar. Or is the bar rockin' you?