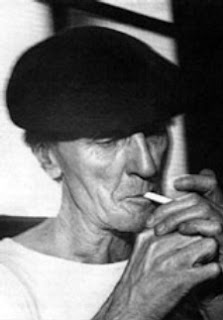 Over at Ransom Notes, I had fun last week posting on my favorite crime fiction macguffins including inspired by Simon Logan's terrific Katja From the Punk Band, (think Elmore Leonard's Rum Punch - or Quentin Tarantino's Jackie Brown if you don't read - and Allan Guthrie's Savage Night set in a vaguely eastern European industrial-atrophy, acid rain-soaked setting and scored by Trent Reznor's skeezy uncle). My number one macguffin? The head from Sam Peckinpah's Bring Me the Head of Alfredo Garcia. I'm not so un-self-aware that I don't notice the ridiculously lopsided nature of the list - that most of the examples I mention are under twenty years old, but go ahead, leave a comment and edjumicate my ignorance.
Today at Ransom Notes I'm sticking with the urban decay and talking Derek Raymond and the re-release of The Factory novels from Melville House, (featuring new introductions by James Sallis on He Died With His Eyes Open and Will Self on I Was Dora Suarez).
Holy craps, but it's a big week for electronic crime journals with brand new issues of Crime Factory and Plots With Guns. PWG features N@B alum Matthew C. Funk as well as Stephen Graham Jones, Pete Risley, Patricia Abbott, Ryan Jackson, Thomas Pluck M. James Blood, Chris Gordon, Art Taylor and Charles Dodd White, while CF has got pieces by Funk (he's everywhere), Nik Korpon, Seth Harwood, David James Keaton, Heath Lowrance, Doc O'Donnell, Nick Quantrill, Matthew Finn, Julia Madeleine, Andrew Nette, Michael Peck and Addam Duke interviewing Jake Adelstein. 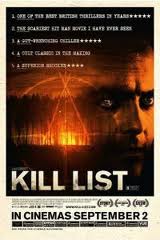 The Nerd of Noir's crime double feature for this issue is Andrew Williams' London to Brighton which I haven't seen, but will very soon, believe it, and Ben Wheatley's Down Terrace which I have and need to see again. Really, really need to watch again. It was a most unusual experience and I'm eager to have another go. Based on the strength of Terrace, Wheatley's next Kill List is way up top of my anticipated films list. Incidentally, I first heard of Terrace from the Ray Banks, who has usually got a keen eye for quality, but take a gander at his counter-brilliance take on Nicolas Winding Refn's Drive over at the always worthwhile Norma Desmond's Monkey. How wrong he is. How wrong. Well, he's backed up his opinions with some words that are worth reading even if they're off the mark.
Sorry, Ray, your points seem to be too much about what the book might've become onscreen, (and hell yeah, I was excited to hear Neil Marshall was doing it) instead of what the film is as its own entity. I never did read James Sallis's novel, but I've read the original short story that became the novel, (from the sadly out of print Measures of Poison - what a hell of a good book if you ever come across one, do not blink, pick it up) and was still able to leave things like Driver's backstory sketches out of the movie experience... because they're not in the movie, which means they don't exist. As portrayed in the film, Driver may be a PTSD war vet or fucked up suburban kid, who knows, all we've got is what's on screen.
Driver's experience of the film's events are like the star of his own movie - his posing, his walk, his toothpick, his fuckin scorpion jacket, his dialogue ('shut your mouth or I'll shut it for you'), and of course his driving. I think the movie world he exists in is fairly meta or just seriously delusional (which could account for touches like the strippers' stock-still postures while he assaults Chris with a hammer - like something out of a Robert Palmer video - and his weird fetishy need to don the creepy mask and the soundtrack that must be playing in his own head) and as for the driving not being anything we haven't seen before, I'd love to hear a recording of some executive trying to make him shoot that second chase's climax outside in a wide shot instead of through the back window to the side of Christina Hendricks' face - really a brilliant shot. So, style to burn.
Sounds like the source material would support several solid takes, but dismissing what we've got for what could've been just wont fly this time, (I reserve the right to do that any time I want to BTW. 'Cause I do, I know. A lot.) Any way, Norma Desmond's Monkey is a helluva good movie blog if you don't follow it you're missing good shit, and meanwhile Ray's got hisself quite a blurb from none other than Lee Child - check that shit out!
Speaking of style to burn, Julian Grant looses more style when he blows his nose than McG could ape in a dozen unwanted theatrical adaptations of vintage television shows, and I can't wait to see what the hell he does with FLOST... 10 days till shooting begins.
And Friday I'll be in Carbondale with Josh Woods, Pinckney and Laura Benedict... and I'll be thirsty.
Posted by jedidiah ayres at 10:43 PM

Katja from the Punk Band is excellent. He should be a lot better known.

I hear there's a sequel of sorts coming

There is indeed. He's writing it.

I enjoyed DRIVE quite a bit, had a great time, loved the serious nod to Mann's THIEF (especially with the soundtrack), though I also enjoyed and appreciate Ray's take from the perspective of being a big fan of Sallis' novel. One of my all-time favorite crime novels that, IMO, is more akin to what "Literature" should be than most often is. Something like that.

Marshall might have had potential, but Jackman's presence would've turned it into utter crap, you ask me. Not that you did.

And now... KILL LIST!!! That movie looks to be out of sight.

I don't think horror and crime have been done well in a movie since, oh, probably Angel Heart, so that whole angle of KILL LIST has me a little giddy.

Are you saying I shouldn't waste my time on Dylan Dog?

I can't wrap my mind around why DRIVE did not knock it out of the box. Wrong time; too depressing; no huge stars; bad promo, bad word of mouth. What? This troubles me on a nightly basis.

Okay, Irene is miscast and wrongly played. She gives off no heat to make Driver do what he does. She is a zero. But other than that....

If you like the Dylan Dog comics even a wee bit, avoid that movie. It's a big nothing.