You know I think that Google search phrases containing themes of Prison Sex are some of the most consistent in leading people to this blog, which I admit, makes me feel a little creepy. Hey, thanks to everybody who came here looking for an old fashioned cornholing tale and stuck around for something a little more disturbing - but this post is just for you. I'm tossing yous preverts a bone with my personal list of

Jonathan Lethem's The Hardened Criminals is simply one of the most horrifying short stories I've ever read and you can find it in his collection The Wall of the Sky, The Wall of the Eye. But seriously, don't unless you want nightmares. Between that one and the collection's opener The Happy Man, they account for probably a solid 35% of my sleepy-time unease for the last fifteen years. On the other hand his novel Fortress of Solitude features a less horrifying, but just plain sad blowjob for drugs transaction in the er, joint that remains one of the only scenes I can recall from that book.

Tom Wolfe - A Man in Full. Why this one? Frankly, I dunno other than it was one of the first prison rapes of my personal reading career. You always remember your first, right?

Oz - The episode where Beecher's wife sees the swastika Schillinger tattoed on his ass was just... shudder... so awful. Beecher's last tether to shore was cut and he was still visible - drowning, not waiving. All we could do was watch him uh, go down.

Manuel Puig - Kiss of the Spider Woman. Yeah, I haven't read the book, but I saw the film and this one is in here to cleanse the pallet a bit.

Sin Soracco - Low Bite. Another leavener. Girl on girl prison sex that's neither sexy, nor violent. Mostly, so I can include... 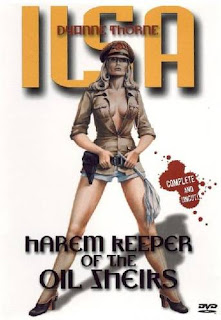 Kurt Vonnegut - Breakfast of Champions. The casual disclosure about Wayne Hoobler - that he liked having sex with cows in prison - always stuck with me. Unfortunately for Omar Epps (who played Hoobler in the Alan Rudolph movie) I always think - that guy digs sex with cows - when I see him in other stuff (tho - I don't think the movie addressed that part of Hoobler's character).

Nick Cave - And the Ass Saw the Angel. Alright, not a prison book, but let's stretch the criteria even more and recognize that Euchrid Eucrow is imprisoned in that town and the gang-rape he suffers was about as unavoidable as any behind bars, and all about humiliation and degradation to boot.

Nick Santora - Fifteen Digits. Over at Ransom Notes I complained some about the difficulty of staying with the book (despite the guy's considerable writing chops) due to it featuring too many characters turning to criminal activity for a good cause. However, if you read the whole piece, I do mention that Santora leavens the cuddliness of his criminals with some truly grim consequences which I appreciate. One of them? (I won't spoil the who and the why here, but) there are actually two really awful dude-on-dude rapes in this novel (one in lockup) that, don't hate me, were probably my favorite parts of the book. The first because it was so horrifying and a long time coming for the character and the second because it was just so absolutely awful and set up as a revenge (as in, I'll pay you and your crackhead friends to go rape that guy)... yeah, terrible. Great.

Honorable mentions include some Charles Bukowski short story I can't recall the title of where a gang-rape is avoided by the sheer ugliness of the intended victim's asshole, and, I suppose that claymation Tool video for sheer creepiness. Les Edgerton's The Bitch probably shouldn't be on this list as it's really a shadowy event visited only "off screen" in a flashback, but it's the book I was thinking of when I started the list. Come meet Les on Saturday at N@B and ask him about it yourself. Also Tango & Cash for not going there.
Posted by jedidiah ayres at 12:48 PM

Slightly amended here. Somehow I lost this post and had to reconstruct it and forgot to include Oz. So, it's up there now and The Bitch makes the honorable mention section.

Another film that should be mentioned is EDMOND(2005), based on the David Mamet play. William H. Macy plays a middle class man who has a very bad day and ends up in jail where he is forced to perform oral sex on his cellmate.

Wow, forgot about that movie all together. I should revisit it sometime I think my day's been shitty.

Reading this post makes me feel like less of a freak for writing a story where a guy sticks a tampon up his ass to stem the bleeding after being gang-raped by his former prison buddies.

Glad I could help.