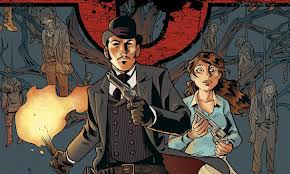 Been a big week for friends of HBW and N@B. First NBC ordered a pilot for a possible television incarnation of Cullen Bunn and Brian Hurtt's kick-ass supernatural western comic The Sixth Gun. Carlton Cuse's role as executive producer is also exciting news considering that his previous credits include both The Adventures of Brisco County Jr. and Lost - there's a happy blend of sensibilities to shepherd this adaptation. 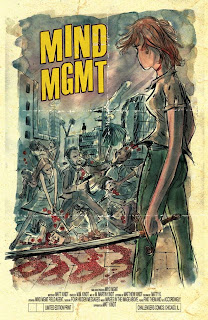 In more comic book adaptation news, Matt Kindt's psychic espionage mindfuck - Mind MGMT has been optioned for feature film adaptation by none other than Ridley Scott (as producer). So, go get out your copy of Noir at the Bar Vol. 1 and rub his Spinetingler Award-Winning cover art and say a prayer for a good movie. And if you wanna congratulate him in person... Stay tuned, N@B is not through with his ass. Not by a long shot. 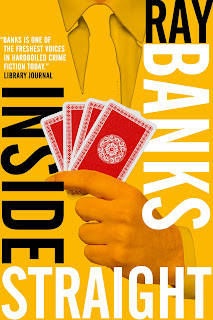 But you know what you can get right the hell now? Anthony Neil Smith's contribution to Lee Goldberg and William Rabkin's Dead Man series, Colder Than Hell was just released this week. And it looks like there'll be brannew Ray Banks soon, only don't let the title fool you, Inside Straight is not actually the Ted Haggard story, but it ought to be pretty twisted anyhow (are you caught up on Matador?). John Hornor Jacobs' YA debut The Twelve-Fingered Boy is also available now and I'm innersted in wrapping a tentacle about that one.

You wants an early peek at Fierce Bitches? You're in luck. It's not available until the end of February, but Pela Via and those brainiacs over at ManArchy Magazine published an excerpt for to whet your appetites and make me fabulously wealthy. Go the hell read now... And leave insightful comments on the use of 2nd-person POV prose.
Posted by jedidiah ayres at 7:55 AM