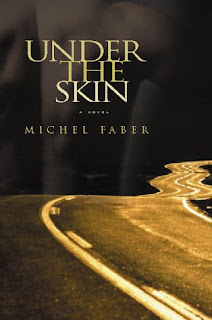 Just saw that Jonathan Glazer's next project heralds a return to relevance for me. He followed up the amazing, trippy, scary heist-flick Sexy Beast with the you-couldn't-tempt-me-with-an-apple re-incarnation drama Birth, buuuuut the teaser trailer for his new one, Under the Skin - adapted from the novel by Michel Faber, looks gud. In fact, it looks like one of those rare movies that are better than the books upon which they are based. The book treated its fantastic premise with too-heavy a hand for my taste, but damn, streamline the experience in a two-hour stylish nightmare, and it might just become a favorite.


And here's a quick look at some of the company it may keep in my small list of skin-centric body-horror favorites. 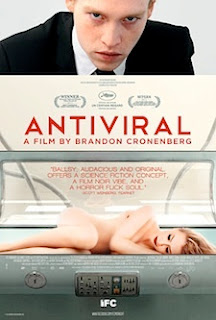 Antiviral - Brandon Cronenberg - Big Dave's little boy is a sick chip off the infected block. Damn. This. This is perverse. In the best way. Celebrity worship, suffering of the saints, religious experience for sale, William Gibson-esque fucked up corporate espionage - loved every frame. 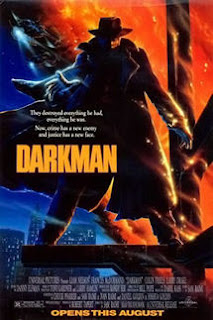 Darkman - Sam Raimi - Feels dashed off, like most of Raimi's early work does, but infused with so much enthusiasm and imagination you don't mind the half-assed-ness. In fact, you're pretty sure you're consistently getting the best half of the ass. This is the Sam Raimi I wish I hadn't lost to a decade of Spiderman movies. 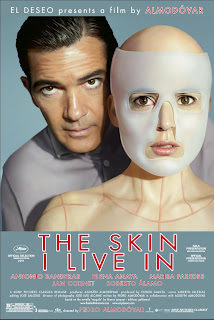 The Skin I Live In - Pedro Almodovar - Absolutely the worst. Best. Weird, creepy, beautiful and the most awful thing ever. So, so wrong. 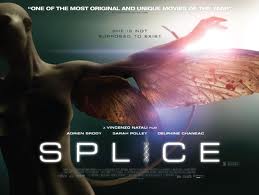 Splice - Vincenzo Natali - Go for broke mad scientist movie with a terrific cast completely aware the spirit of the movie they're inside (thankfully, their characters are not). Willfully cheesy until suddenly it's not and you're left wondering how it got out from under your jaded, shock-movie fan thumb and became this thing that's going to fuck up your sleep for a week. 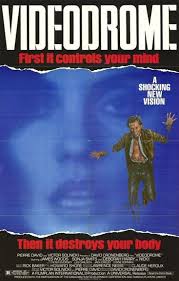 That first Darkman and the opening scene remains a standout.

Under the Skin. Noted.