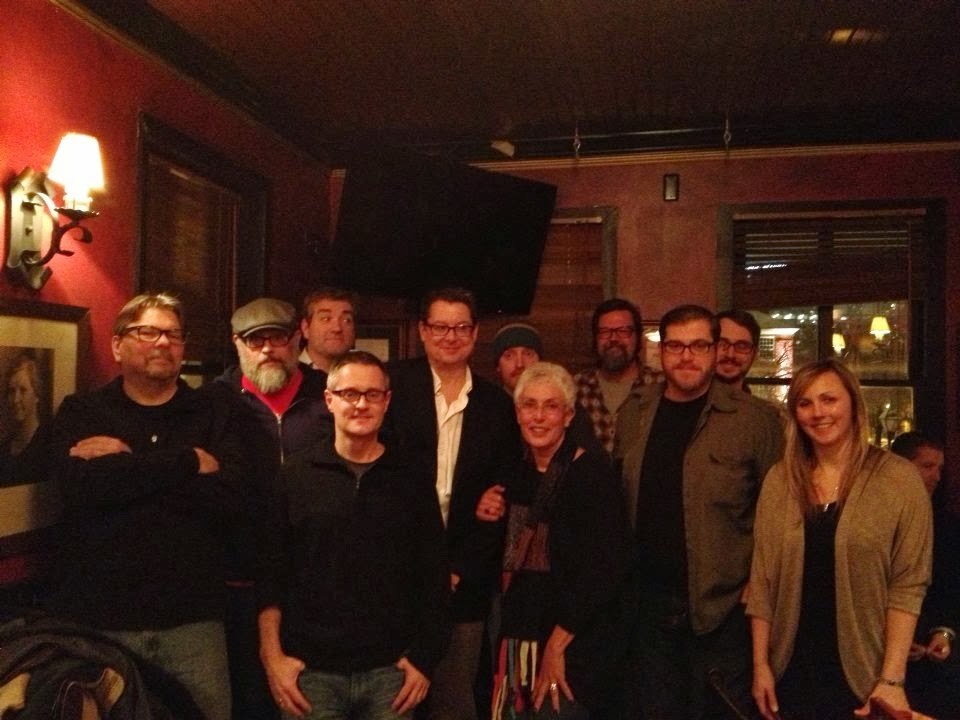 So, for those keeping score, N@B just fucking killed it last week. Three events featuring twenty-three performances (closer to thirty originally booked, but stupid, stupid snow kept several folks, including myself from making the multi-state hauls) by the best and baddest, dim and damndest spinners of tales edging toward an obsidian cast. 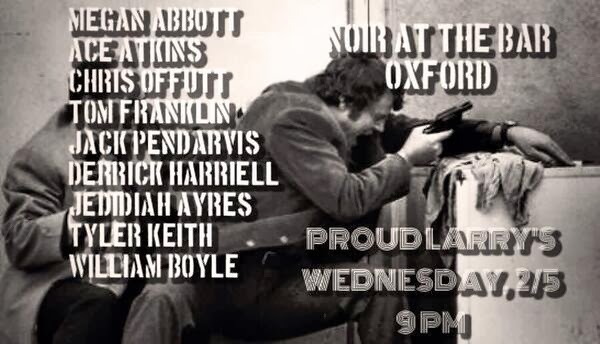 First new kid on the block, N@B-Oxford made an auspicious debut. Host William Boyle stoked the crowd that numbered about 150 - that's a town that takes their literature seriously, kids. Of course it didn't hurt getting coverage in places like The Memphis Flyer and The Daily Mississippian. He also wrangled the talent that included Megan Abbott, Ace Atkins, Tom Franklin, Derrick Harriell, Tyler Keith, Chris Offutt and Jack Pendarvis. Top that anybody.

And finally, the salty folks residing near B-MO showed their color with a helluva inaugural event. I was happy to see that N@B patriarch Peter Rozovsky was in attendance at N@B in Baltimore, and he gives his own wrap-up of the evening at Detectives Beyond Borders, but my main man Kieran Shea has got the straight dope on the event for you here. Now, you may notice that he doesn't say a damned thing about his own stuff in the piece, so lemme clear that shit up first. Kieran's got a super badass hardboiled sci-fi novel called Koko Takes a Holiday set to shred your eyeballs and set your loins on fire in June. I don't know if he read from Koko at the event, but you can be damn sure whatever selection he made, it was an event highlight.

Now with a special HBW report, I give you Kieran Shea: 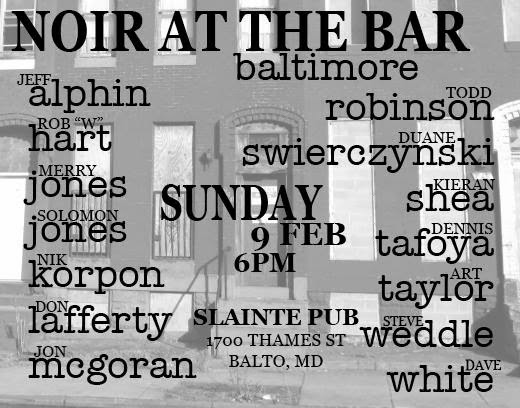 Sometimes, not always, but sometimes you sidestep disaster by the thinnest of margins. This past Sunday’s Noir at the Bar in Baltimore was one such instance.

When Nik Korpon, Steve Weddle and I batted about the idea of hosting a N@B because the Mid-Atlantic had yet to represent in this ongoing series, deep down we knew it would be a thankless task. But we also knew deep down if we picked the right date and the right spot folks would show and we could pull it off.

Sunday evening a week after the Super Bowl? Slow night, so that’s cool. Slainte Pub in the historic Fells Point section of “Charm City” – right across the street from the building that served as the precinct house in 1990s Homicide: Life on the Street? What could be better, right? I mean, the place was seconds from I-95 North and South and the room and bar staff (thanks for everything, Neckbone...) were great.

But the weather…the goddamn motherfucking weather. Yeah, we lost a few writers/readers because of the shaky wet-snow threat that turned out to be weak, but that didn’t stop the well-salted road warriors. Clocking in at two and half hours of mayhem and giveaways...a great time was had by all.

Beyond the guests...Nik, Steve, and I want to thank those who made the event a success. Thanks to Gothamists, Rob Hart and Todd Robinson, for making the hike from NYC and boiling the words hard; to Merry Jones, your creepy fortune-teller story and voices were a shiver-inducing, guilty pleasure to hear; to Jon McGoran, thanks for scaring us with killer bees and fumbled Glocks--you have now upped the ante in the thriller game; to Art Taylor, your surgical precision in storytelling has ruined the consumption of coq au vin for all of us forever; to Dennis Tafoya, thanks again for making the rest of us look like four-flushing hacks; to Jeff Alphin…Jesus, man...that severed penis story, holy fucking crap; and to our own Jersey girl, Jen Conley, thanks for reminding us why we all should keep our cars in good working order.

Posted by jedidiah ayres at 1:05 PM

One of these days, I'm going to have to use "surgical precision" as part of blurb attributed to you, Kieran... if I ever get a book written, that is. Thanks for the recap here, and thanks again for including me!
Art

Here's hoping you swim to the "island" soon, Art.

I always tell people that I am the father of Noir at the Bar, but a shitty father who couldn’t stay out of jail, hold a job, pay his child support, or keep away from the track. But you and Scott are just the kind of stepfathers I want raising my kid.

agreed. the way I think of pickled penises has totally changed.

I will in the future look very carefully before I reach into any unfamiliar jars or bottles at any bar in Baltimore.