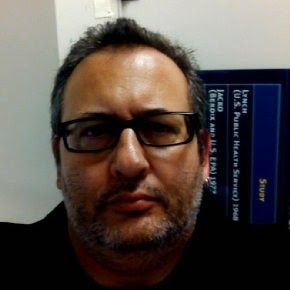 Mike Monson's latest novella,  The Scent of New Death is out now from Gutter Books, and you know (or you should, anyhow) that anything those folks apply their brand to is gonna be some righteous slice of hardboiled criminal kablooey. I asked Mike for a CriMemoir piece and it turns out, he comes from a criminal background his own self... checkerout:

I used to be a thief.

It feels weird to say it now, but it is certainly true. From 1974 to 1977, I stole thousands of dollars from the cash registers of about a half dozen of my employers.

In a way, I blame my older brother Chris. Once, when I visited him at his job at Me-n-Ed’s Pizza in Long Beach, he showed me his technique. A customer came up and bought a pitcher of beer. Chris gave the man his beer and opened up the register and handed him his change. Then, in his head, he added the price of the beer to a running total.

While the transaction looked normal, Chris did not actually ring up the sale, he simply pushed the ‘cash’ button, which opened the drawer (this was back when cash registers were not digital, I doubt this method would work now). He did this periodically throughout each shift until he got up to around 40 or 50 dollars. At the same time he continuously palmed paper money and stuffed it into his pocket until he had the same amount. Chris did this for years and never once got caught. 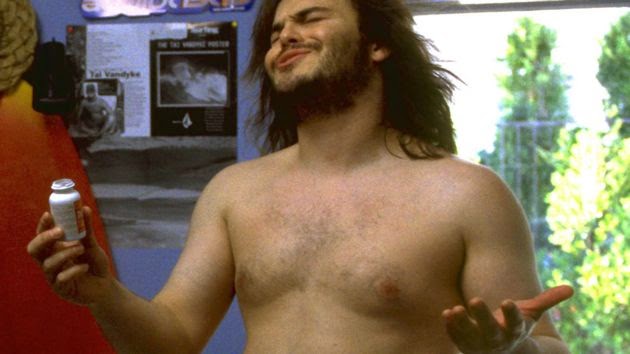 At that time he was studying philosophy and lived in a big old Craftsmen bungalow with four or five ever-changing roommates. I loved hanging out there, and, while I was still attending high school in a spiffy Orange County suburb, I’d often spend the weekends at the house. It was all about smoking weed and eating little white pills full of speed and drinking cheap wine and listening to Led Zeppelin and James Taylor and Crosby Stills and Nash, and talking. Talking about the horrible Vietnam War, talking about whatever philosopher was popular with them that week, and talking about The Man, and how to stick it to same.

Chris and his roommates all hated The Man and they all expected to participate in the coming revolution. In this world stealing wasn’t seen as immoral or wrong, but as a revolutionary act. 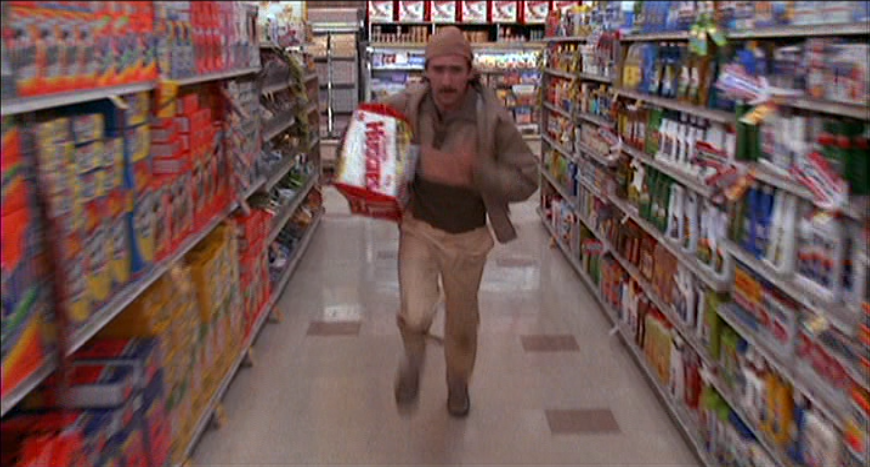 One of the roommates drove a truck part time for a large supermarket chain. He had keys to the back doors of the local stores, and every couple of weeks he’d visit one in the middle of the night. He’d park his car back at the loading dock, go inside and grab whatever groceries he wanted, and bring it all back for everyone at the house. This was known as ‘liberating’ the groceries, not stealing. I don’t think he ever got caught either.

Soon after high school I moved in with my girlfriend and began attending college intermittently while working one horrible job after another. It wasn’t long before I tried to emulate my big brother. I worked at a busy combination Chevron station and car wash called The Bubble Machine. If a customer got a fill-up, the do-it-yourself ride-along car wash was free. But, if you only wanted a car wash, it was a buck fifty. So, I started not ringing those up and taking the cash. I’m not sure, but I think I got away with about 20 dollars a day. Give or take. I also told a couple of my co-workers about it and they started doing it too. Until we got caught.

The Bubble Machine was a chain and had enough money to hire a private investigation firm to help them combat employee thefts. Apparently, there was a plastic wand at the beginning of the car wash that counted the cars that came through. By counting up all the free car washes and subtracting that number from the total cars getting washed, and analyzing the daily receipts, it was clear that a lot of money from the ‘car wash only’ customers was not making it into register. 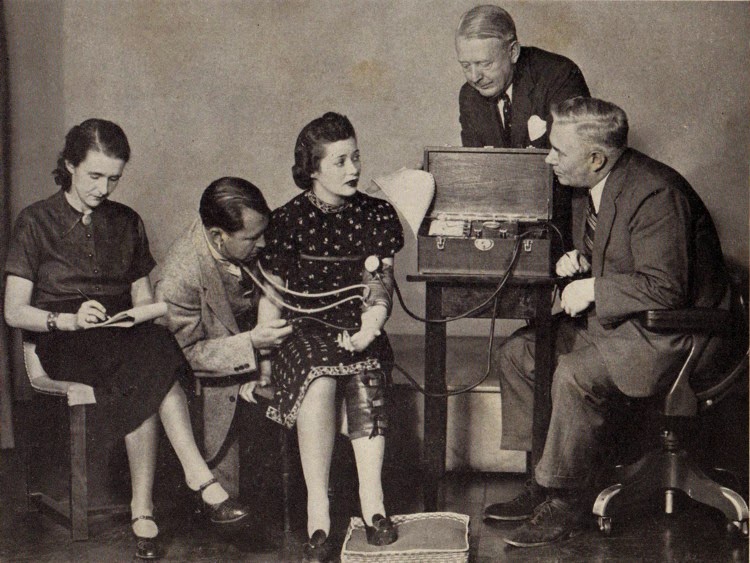 All of us were sent to the PI office in downtown Long Beach for an interview and a lie detector test. I confessed right away so there was no point in hooking me up to the lie detector. The private eye and the Bubble Machine district manager grilled me for a while: how much did you take, how did you do it, who else is stealing?

I lied. Told them I’d just started and had only gotten about $50. I told them I had no idea any one else was stealing. I was ashamed and embarrassed and could feel myself blushing as I fought back tears.
Amazingly, they didn’t fire me. They got me to promise I’d never do it again, and made arrangements to take the money I’d admitted to stealing out of my next several pay checks. That was it. 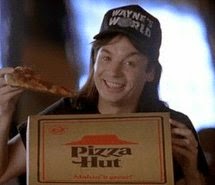 About two years later I became the Assistant Manager of a Pizza Hut in Orange County. My girlfriend and I had broken up and I was living alone in an apartment in Anaheim. I was crazy about women and sex and beer and pot and LSD and live music and had an insatiable appetite.

As the Assistant Manager, I was in charge of the store at night. The regular Manager was always gone way before five p.m. and never came in during the evening shift. He trusted me to close out the register at night, do the books, and make the cash drop into the safe.

For about six months I had the time of my life. I took out as many women as I could talk into it and I always had plenty of money for drinks and drugs and the gas to go into Hollywood with my dates to hang out and listen to music at The Whisky, the Starwood, and The Troubadour. For a guy making 600 dollars a month, I never seemed to run out of money.

That’s because I was stealing from Pizza Hut. A lot.

It was a long time ago and much of the memory is vague, but I’m pretty sure I skimmed about $200 per night using my brother’s method. In a way I had it easier, because I could just sit by myself in the office and know exactly how much wasn’t rung up and exactly how much to take out of the drop and put into my pockets. I didn’t have to palm money throughout the shift and risk getting spotted. 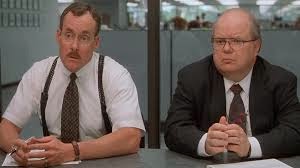 One day I came in to work to relieve the manager and take over for the night. He took me out to one of the tables for a talk. He looked very serious and very sad. A basic analysis of food cost versus receipts had showed that someone was taking money from the store. A lot of money. It wasn’t him, of course, so it had to be me. I was fired.

The amazing thing is that I wasn’t arrested. I mean, come on, I’d stolen thousands of dollars. I didn’t even have to admit that I’d done it. He told me they wouldn’t fight it if I filed an unemployment claim, they would say that I was laid off. I just had to leave right then and never come back.

A couple of days later I got a job at another pizza parlor. This place was a former Shakey’s Pizza that had been bought by a local man after he’d retired as an engineer. It was a large busy place with a huge menu. He sold a large variety of bottled beer as well as draft Miller, Coors, and Bud. 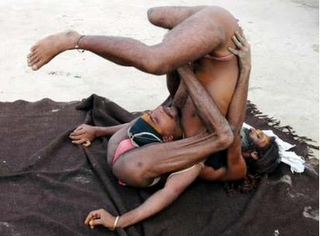 Early in the morning of my first day I went to see a therapist at a County mental health clinic. I missed my old girlfriend and was depressed about that and I was feeling ashamed about what I’d done at Pizza Hut. My counselor was an intern just beginning to take on clients in order to get the hours needed for his license. For some reason, he decided to have me lay down and do some yoga-style visualization exercises. He identified all my ‘chakras’ or energy centers (bottom of spine, belly, chest, throat, forehead, crown, etc). He had me imagine that rising up from each chakra were golden lights that joined together as one bright light above my body before flowing up into the sky.

When we finished I was in a great mood.  I felt powerful, joyous, and invincible. I walked into the pizza parlor kitchen in the middle of the lunch rush. The owner’s early-20s son was in charge. I’d been warned about him, that he could be an arrogant and cruel sonofabitch. 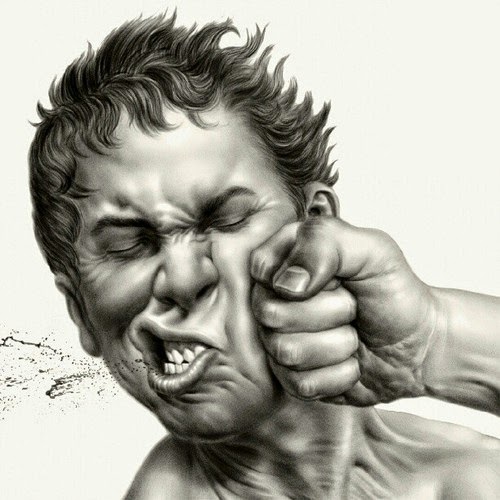 Still feeling magical, I jumped in to help and the dude said something mean to me. So I hit him. My blow glanced off the top of his head and I don’t think it hurt him at all. He tried to tackle me right next to the pizza ovens. We ended up throwing punches and wrestling around until his dad luckily showed up.

I wasn’t fired. In fact, I became an instant hero to all my new co-workers. Even the owner respected me because he knew what a prick his son could be. I ended up working there for nearly three years.
I never stole cash again. Plus, lucky for me, the draft beer was free to employees. As long as we didn’t steal bottled beer we could have all the beer in the kegs—no limit. He paid a lot of money for beer in bottles, so he couldn’t afford to give that stuff away. But, draft beer set him back only a nickel or a dime a glass. “You guys are all going to steal my beer anyway,” the owner explained. “This way, I can at least keep the losses to a minimum.” 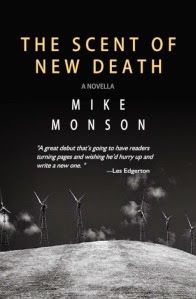 Mike Monson is the author of The Scent of New Death, Criminal Love, and What Happens in Reno. Mike is also associate editor of the quarterly crime journal All Due Respect. He lives in Kona, Hawaii. Check in with him here.

Posted by jedidiah ayres at 7:30 AM