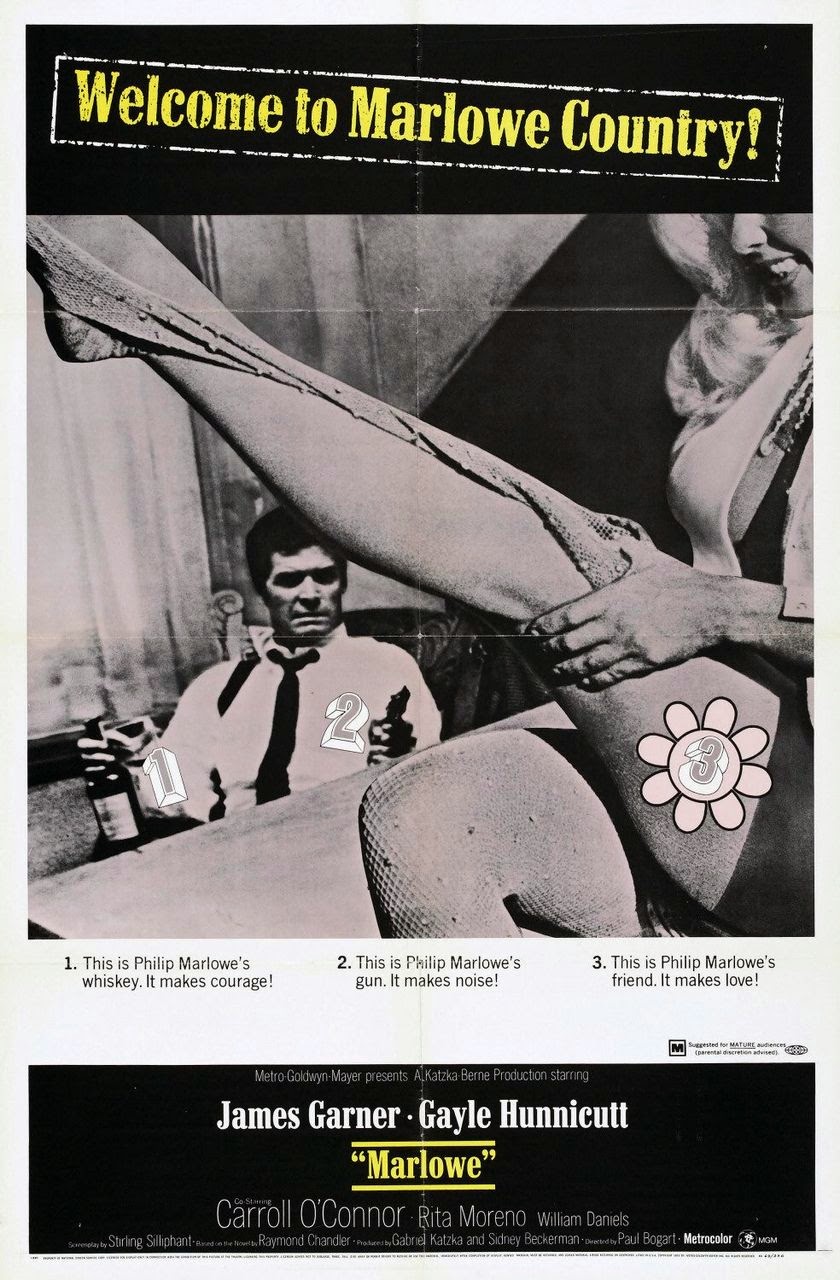 A week-late, but sincere and affectionate HBW happy birthday to Raymond Chandler and au revoir James Garner, both of whom played significant roles in the development of my sensibilities. The only overlap of their careers (that I'm aware of) was the... meh, good at moments and frankly embarrassing at others, adaptation of Chandler's novel The Little Sister, Marlowe. It attempted to update Chandler's iconic detective Philip Marlowe to a 1960's sensibility (something I believe Elliot Gould and Robert Altman did surprisingly much better -in the 70's- with The Long Goodbye, and you may argue Garner did himself with The Rockford Files a few years later) and is probably most notable for the early role of Bruce Lee. Still, who can't get behind Garner or Marlowe?

HBW talks Chandler a fair amount, but I don't think I've had a Garner-centric piece, so here are a couple other personally significant Garner vehicles. 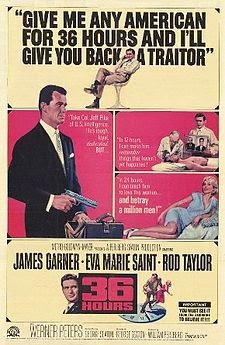 36 Hours - directed by George Seaton and adapted from the Roald Dahl story Beware of the Dog it effectively induced paranoia in young Jed before he ever saw Invasion of the Body Snatchers or anything from Alfred Hitchcock. 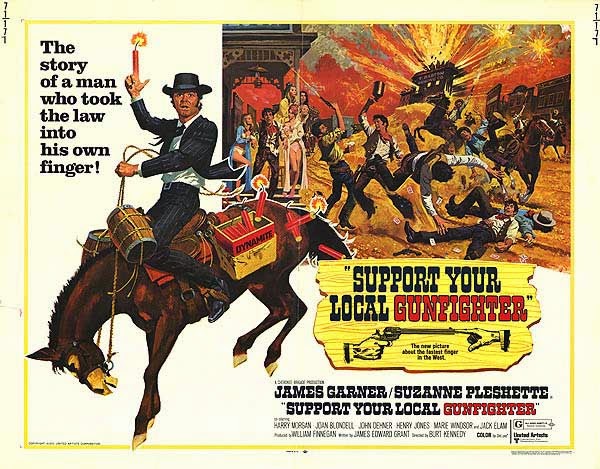 Support Your Local Sheriff - The heel as hero was that thing Garner did so well and Sheriff as well as its sequel Support Your Local Gunfighter highlighted, but y'know what stuck with me most? The sequence where Garner breaks the unconscious gunman's trigger finger and Jack Elam points out to him that the shooter is left handed and Garner bends over to break the other finger... it made me squirm soooooo hard. That scene was perhaps my first and foremost primer on the mixology of violence and humor. 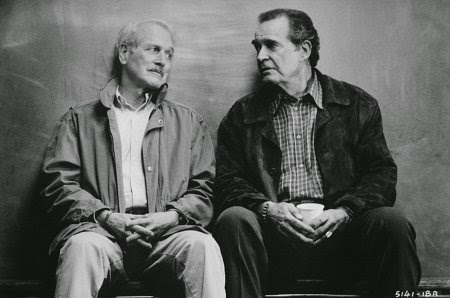 Twilight - I've spoken a fair amount about my affection for this film which I consider the unofficial third piece of Paul Newman's Lou Harper trilogy (the film was written by Richard Russo and Robert Benton who named Newman's detective character Harry Ross - a nod to Ross MacDonald author of the books The Moving Target and The Drowning Pool - source material for the Lew Harper flicks). The "trilogy" ages the detective in real time and the final chapter Twilight is just as bitter-barely-sweet as it should be, and frankly it just wouldn't work without Garner's contribution to the whole as another aging detective and good friend of Ross's. The final scene the two of them have together echoes the amazing climax of Harper - the first film in the "trilogy" - beautifully... mournfully.
Posted by jedidiah ayres at 5:03 PM

Support your local, was a favorite as kid. Great supporting cast there. Twilight, I own, and love too. Another 5 star cast.

TWILIGHT is one of the most underrated movies I can think of. A perfect example of what can be done with good writing and acting in lieu of high body counts and chase scenes.