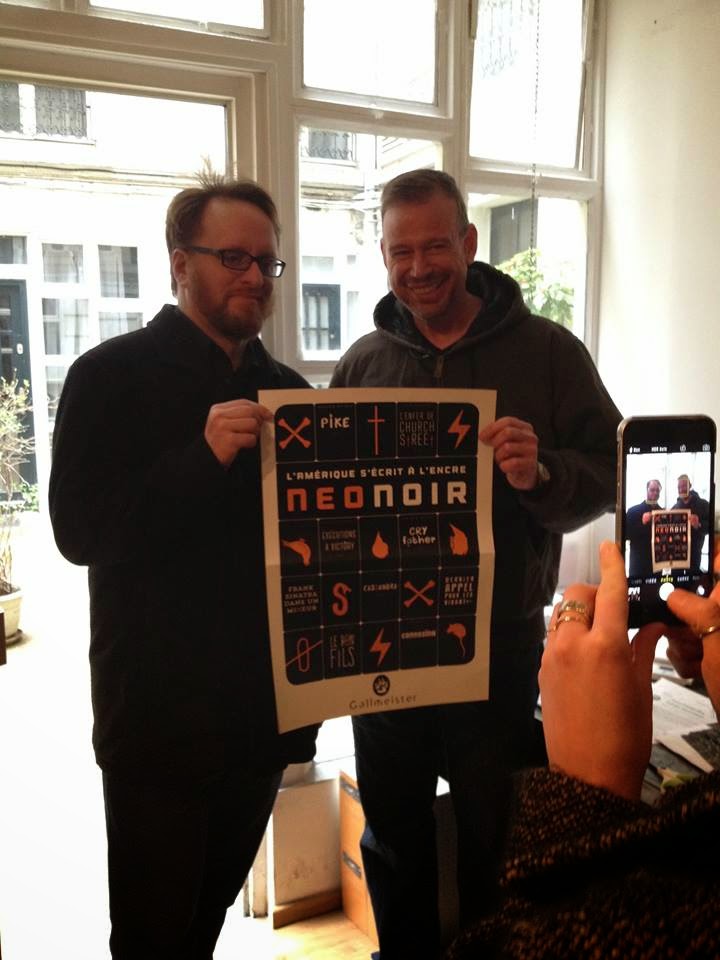 I don't get jealous too often. Most of the time I walk around feeling like I just stole a Camero, crashed a gated community, broke into your dad's liquor cabinet and got a blow job from the head cheerleader while your mom made me pancakes.  Every single day that I don't wake up in jail is a sweet, scandalous mercy. All to say I don't think that I deserve good things. Maybe that's why I'm happy. All you poor fuckers out there who think you deserve to be happy... you ARE characters in your own personal noirs. But holy hell - I see pictures like this and get a little worked up. Sure that pic could've been taken at a St. Louis N@B event, but that there's N@B stars Benjamin Whitmer and Jake Hinkson appearing together on a book tour in fucking Paris, France - yeah, where the naked ladies dance. 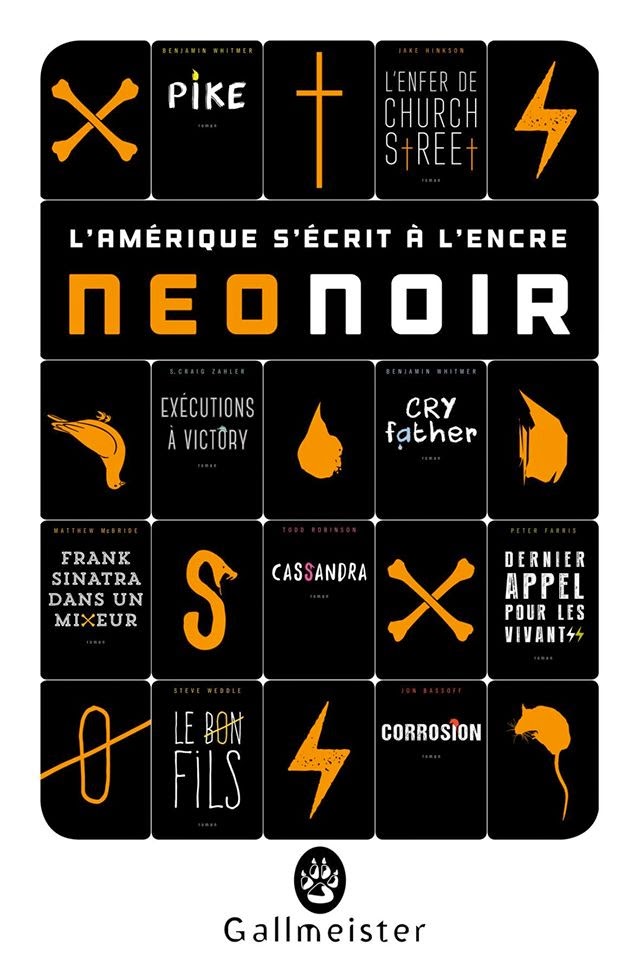 The French have, I gotta say it, taste. Have you seen the lineup of my fucking pals they're currently eating up? Add to Hinks and Whitmer Jon Bassoff, Todd Robinson, Steve Weddle and Matthew McBride and... damn. I am boner-fide jealous. No offense to your mom's pancakes, but, believe it or not, that's the company I'd rather be keeping.

So I'll beat this tired-ass drum once more

Did you know that there's some kick ass, world-class art being made and published in your own back yard? Yes, yours. I don't care where you live. If you don't know who or what or where, do a little digging - it's out there. And if there's one thing the N@B community has taught me it's that if you build it - they will come... from like... Kansas, Nebraska, Oklahoma, Illinois or Arkansas.

I'm jealous. Jealous, I tell you. I look at that picture of Whitmer and Hinkson and think I've lived in Arkansas and Colorado. I want to go to France. 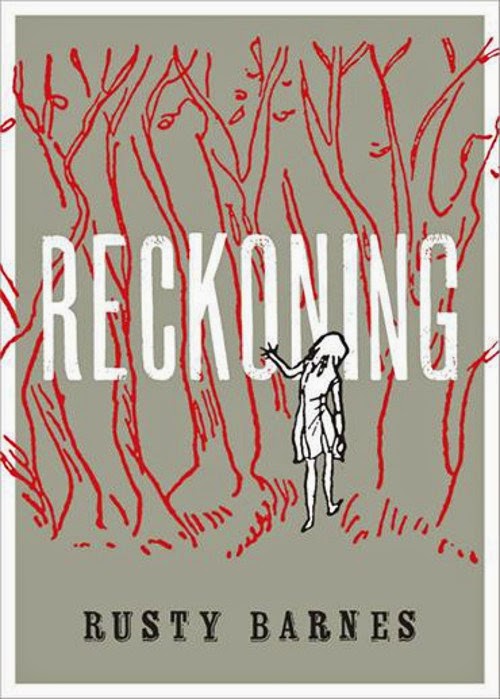 Let's hope this Brass Knuckle interview in Revolution John is my first step toward international notoriety. Thanks to Gabino Iglesias for shining a light on this dog's ass, and my sincerest fucking apologies to Rusty Barnes whose name I fucking wrecked in this interview while trying to point people toward his excellent book, Reckoning.
Posted by jedidiah ayres at 12:06 PM