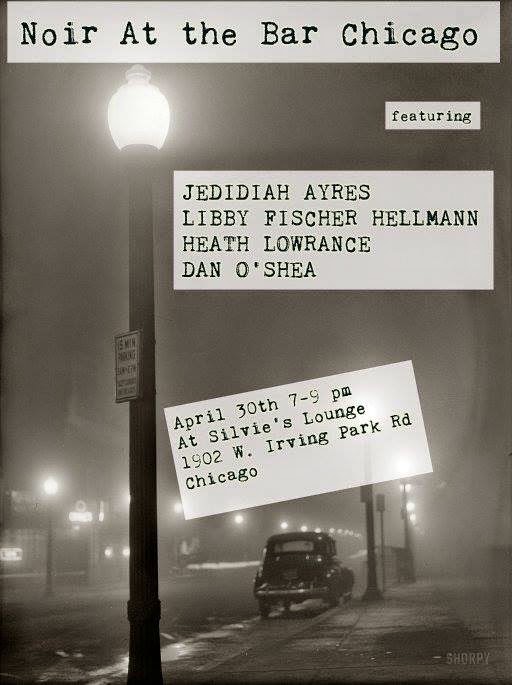 You know it's been damn near a year since I hosted a N@B event in St. Louis? There've been reasons for that, and, without going into them, lemme just say it's not at all been because I don't enjoy the colossal holy crap out of em. I love seeing you guys. I love hearing your performances and hanging out. I love the events and I'm damn happy that the rest of you have been picking up the slack. The next several weeks I'm getting my chance to take part in several and this is my happy face.

First up is N@B-Chicago this week. That's right, come see me Thursday night along with Dan O'Shea, Heath Lowrance and Libby Fischer Hellmann. Also looking forward to hanging with Jake Hinkson, Kent Gowran, Kevin Lynn Helmick, maybe Julian Grant, Robb Olson, Livius Nedin, Richard Thomas... Theresa Schwegel? And I hear rumors of Tim Hennessey and his lovely wife making an appearance though apparently Frank Wheeler Jr. has no sense of priorities and should go ahead and kiss my ass. 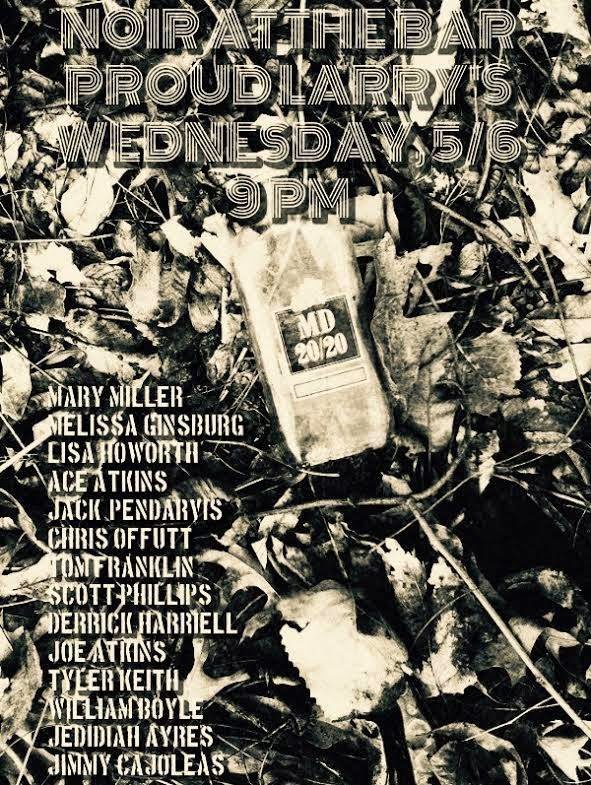 And less than a week later I'll be at N@B-Oxford where William Boyle has whipped up a killer lineup that makes me feel funny in my pants. So if you're in or around the Oxford, Mississippi area come by Proud Larry's on Wednesday, May 6 to catch me with Boyle, Tom Franklin, Ace Atkins, Jack Pendarvis, Chris Offutt, Scott Phillips, Mary Miller, Melissa Ginsburg, Lisa Howorth, Derrick Harriell, Joe Atkins, Tyler Keith and Jimmy Cajoleas in a Battle Royale-style reading where we shout over the top of each other and throw our weight around until there's a single upright, heaving, bloody-hoarse-throated reader commanding your attention while the EMTs take care of everybody else... Or something like that. Shit, if you've ever been in that place with the specters of Larry Brown and Barry Hannah and some guy named Faulkner hanging around... it's kinda special. Hey, Stephen Usery - you in the area?

Then in June I'll be headed back to N@B-Indianapolis (a town that's becoming one of my favorites to visit). Be good to see C.J. Edwards, Alec Cizak and Dan O'Shea and Jake Hinkson (again- pshhh).
Posted by jedidiah ayres at 8:37 PM