Nightmares of My Choosing 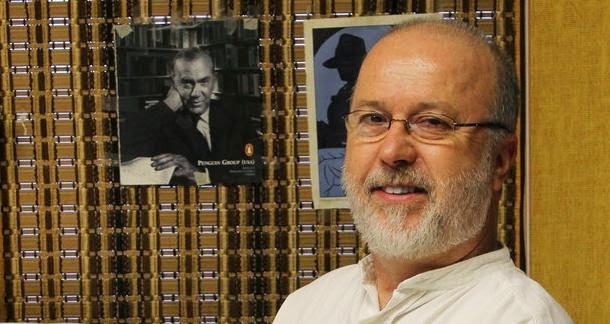 Words to Die For from New Pulp press is the new book out by Lynn Kostoff - something I get to say far too infrequently. Last time this happened Late Rain was one of my favorites of the year. I've not yet read the new one, but here's a piece I wrote upon the release of Late Rain a few years back for another site... 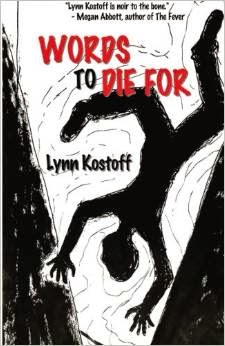 I confess that I don’t often remember too much about the plots of books that I read. I’ll have some vague outline preserved usually, (started at point A and ended at point Z, the middle is a blur), but the fine points, the mechanics and details that, let’s face it, lots of mysteries turn on, don’t commonly stick with me. What I tend to retain are memorable characters. In critical essays and reviews I read the phrase “character driven” too often. I roll my eyes a lot because it sounds, to me, like code for “it’s okay to like this” as opposed to that lower form of literature, “plot driven.” I love plots. Books need them. Movies need them. I’ve read some awfully dull books and endured some terrible films that obviously disdained them, and I would prefer a solid, if cookie-cutter, procedural to dynamic prose that amounted to literary navel-gazing any day. But again, it’s the characters that tend to stay with me. 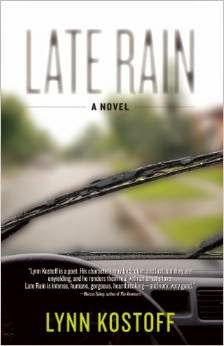 I’d like to use the term ‘character driven’ here, to recommend Late Rain by Lynn Kostoff, and before you roll your eyes, let me explain exactly what I mean. Things happen in this book. Lots of things. It’s packed with scheming, intimidation, betrayal, and murder, and it features an actual detective working an actual mystery. But rather than the players being stand-ins, whose sole function is to move along a convoluted story and amuse us with a one-liner now and then, the characters are so vividly rendered that throwing them together couldn’t help but produce circumstances and consequences similar to what we’re given.

The story involves three different stubborn old men who won’t do what everybody wants them to. Stanley Tedros wont sell off his soft-drink company, Sonny Gramm wont sell off his strip club and Jack Carson wont remember the physical description of a killer. Alright, Jack can’t help it, he’s in the advanced stages of Alzheimers, but Stanley and Sonny? They can be dealt with. And they are. 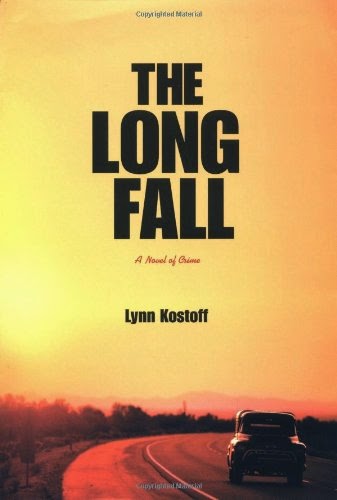 Late Rain is populated by one of the most colorful character casts this side of a Carl Hiaasen novel. But where Hiaasen gets the most from his creations by pushing them into cartoonishness, Kostoff has taken great care to keep his lunatics grounded in reality and the payoff is nice. I could have spent entire books with the sleazy lawyer Raychard Balen, he of the asymmetrical mustache, or Jaime, the low-rent criminal with big ideas and a bigger mouth. Even minor characters, like teenaged Paige Carson, or elderly Stanley Tedros, showed glimpses into deep wells of creepiness and self-congratulation that I’d like to have more time to explore. But the most memorable passages were told through the eyes of a (autistic?) criminal named Croy Wendall who is constantly doing rhymes, numbers, and free association to soothe himself. He’s often derailed by these trains of thought in the middle of carrying out some job he’s been hired for, and we’re treated to an inside-out view of the crimes that add macabre humor, (especially to a particularly gruesome killing). He also appears to be named after the alias Linda Fiorentino’s character from The Last Seduction takes on, (Wendy Kroy—New York backwards). It’s a clue to the way Croy relates to the world, obsessively restructuring words and phrases, or alluding, off the cuff, to pop-culture landmarks; everything relates to everything else somehow.

And speaking of names, or aliases, one character’s previous moniker was April Rayne, the none-too-subtle missing element from the book’s title. As Mother Nature obstinately holds back the rain and the South Carolina spring heat goes unabated, wildfires ravage the countryside, (a natural consequence of the missing precipitation). Likewise, as the stubborn old men refuse to comply to the wishes of others, murder and mayhem ravage Magnolia Beach, (a natural consequence of not getting our way). I’ve only just come to read Kostoff this year as his 1991 debut A Choice of Nightmares was reprinted by New Pulp Press, but based on the strength of these two offerings, I’ve added his name to my watch-for list. Better late than never.

By the way, I heard from Lynn after that piece ran initially and he said that the whole Fiorentino connection was un-intentional. I don't care - it added something to my experience of the book... and helped me self-diagnose my own condition and get me some special drugs. You want to know more about Lynn? Check out this interview he did with Keith Rawson over at LitReactor.

Posted by jedidiah ayres at 9:25 AM