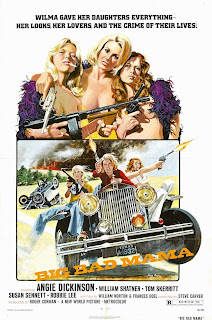 Looking for something to do with mom or a way to unwind after spending time with mom this weekend? I'm here to help. Here are my hand-picked Mother's Day crime flicks to celebrate motherhood with. I'm not going to spoil anything, but just the presence of some of the pictures on this list may give away more than you'd like 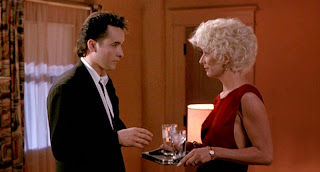 The Grifters - Supposedly when director Stephen Frears approached Donald Westlake about adapting Jim Thompson's novel about a con man and his meddling mother, Westlake initially turned him down sighting that the material was too dark, too bleak, too much. Reportedly Frears is the one who suggested shifting the focus away from the loser Roy (John Cusack) to his seasoned-pro mother Lily (Angelica Huston) and making it 'a survivor's story.' However it happened, the combination of all involved produced a slick, cynical thriller with just enough heart to make it hurt like hell when it's all said and done. Holy fuck. Can't imagine it being any darker or bleaker, and I guess since it worked so well once, Huston decided to double down on the neglectful con-mom role by starring in Clark Gregg's Chuck Palahniuk adaptation Choke as Sam Rockwell's curse. 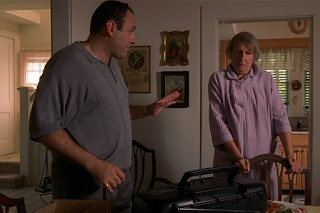 The Sopranos - As the series progressed and outgrew the importance of Lorraine Bracco's Dr. Melfi (who was absolutely essential for the first two or three seasons), her presence was sometimes an awkward fit, and felt forced, but had Nancy Marchand not died between the filming of seasons two and three, Tony most certainly would have needed a lot more of Melfi's help to navigate his toxic family life. Shit, I missed Nancy, but Livia Soprano's ghost haunted her kids and viewers for many more seasons, and Livia's memorial remains one of the series' greatest episodes. 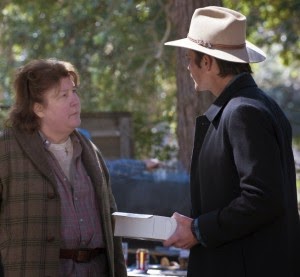 Justified - Another example of too little of a good thing has got to be Margo Martindale as Mags Bennett on season two (the best season) of Justified. The whole Bennett clan breathed a lot of life into the show and nobody more than Mags, the ruthless, yet still tender and motherly, gangster who ruled the Harlan hills with moonshine and firepower.

Psycho - Alfred Hitchcock's adaptation of Robert Bloch's novel inspired by the exploits of everybody's favorite momma's boy, Ed Gein may not feature much onscreen Mother, but her presence fills the space behind her son Norman's eyes just as surely as he once filled the void within her womb. Anthony Perkins's psycho stare preceded those of Alex, Jack Torrence, Private Pyle or any other from Stanley Kubrick's oeuvre and his remains the most memorable. Look at him, you can just hear him dedicating everything to 'dear old ma'. 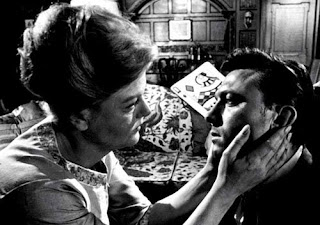 The Manchurian Candidate - Before she was the sweetest little harbinger of death named Jessica Fletcher (seriously, if that woman shows up in your life, somebody's about to die and it's probably you), Angela Lansbury was a far nastier, colder-blooded, power-hungry manipulator named Eleanor Shaw Iselin in John Frankenheimer's adaptation of Richard Condon's novel. How cold? How ruthless? She sees her only son and second husband (two different people) as mere tools and vessels for her will. Her frightening, consuming will. Iconically evil screen presence, and the performance of a lifetime for Lansbury - all that plus first-rate direction make the original Candidate a serious contender any time for all time. 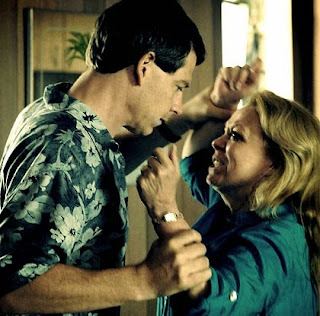 Animal Kingdom - Jacki Weaver shines brightest amongst the stellar ensemble that is David Michod's heart-rending, pulse-pounding debut about a family of criminals disintegrating into fratricide and... worse? And when I say she stands out, keep in mind the cast includes fucking Ben Mendelsohn, Guy Pearce, Joel Edgerton and a quietly powerful breakout from James Frecheville. The flick pits each of the cast, wielding different types of strength, against all others in a battle for dominance and survival. And it'll vindicate your love Air Supply forever.

Chinatown - Faye Dunaway's Evelyn Mulwray is one of the most complex and conflicted noir heroines to my mind. The implications of her actions hinge on your perspective, but she plays everything close too close to the vest for us to decipher until it's too late to help. 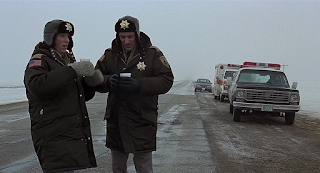 Fargo - For Marge (Frances McDormand) impending motherhood and the morning sickness that comes with it does not keep her off the case when she smells a connection between a slimy car salesman (William H. Macy) and a couple of dead bodies that have made her life as police chief of a small Minnesota county a whole lot more interesting and dangerous. Her pregnant waddle and Minnesota-nice demeanor invite everyone to underestimate how sharp and tough and formidable a foe she will be and McDormand is the calm center of the storm that is this film where high pressure violence and low pressure humor collide. 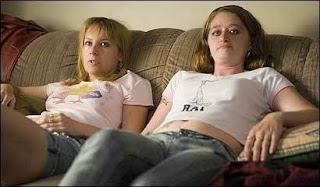 Gone Baby Gone - Ben Affleck's directorial debut, an adaptation of Dennis Lehane's novel, moved his career focus toward director and little brother Casey Affleck's to leading man, but nobody was more important to the success of that film than Amy Ryan in her turn as Helene McCready, mother of a missing little girl. Her performance as a dangerously narcissistic and neglectful mother lays the groundwork for the film's greatest moral question: wherever else the girl may be, is it right to bring her home? 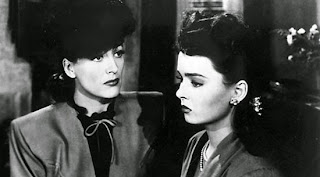 Mildred Pierce - But hey, sometimes mom is swell and the kids are just little shits anyway. Case in point - Joan Crawford as Mildred Pierce (adapted from James M. Cain's novel) is a hell of a woman: scorned, but not soured, resilient, strong and tough as hell, but nothing she does is good enough for that little bitch Veda (Ann Blyth). If you watched a Crawford-centric evil-family marathon following this one with What Ever Happened to Baby Jane? and coming full circle with Faye Dunaway as Crawford in Mommie Dearest you could enjoy Mother's Day to the fullest. 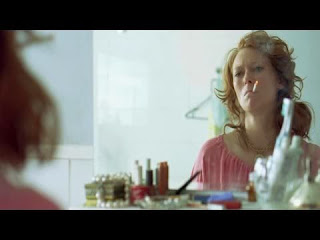 And hell, you don't have to be a or the biological mother to have a motherly instinct or role to play. I highly recommend catching Tilda Swinton's amazing turn as alcoholic kidnapper in Julia, Gena Rowlands in John Cassavetes' Gloria, Lorraine Stanley in London to Brighton and Jennifer Lawrence in Winter's Bone.

Happy Mother's Day, everybody.
Posted by jedidiah ayres at 4:15 PM