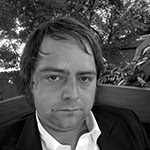 Jonathan Ashley is guest blogger at the HBW today. He is the author of two books available from 280 Steps: The Cost of Doing Business - which upon perusal is colored with shades of Willefordian deadpan, and his latest Out of Mercy is a bleakly funny dark western that's drawn praise from Scott Phillips, Benjamin Whitmer, James Reason and fucking Jerry Stahl. No small accomplishment. If you're a reader of HBW you'll recognize a kindred spirit in Ashley's voice. 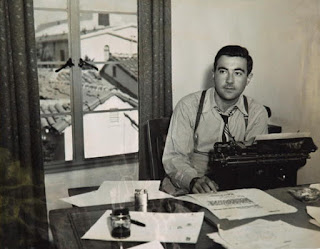 William Faulkner, violent drunk and consummate man of prose, once observed, “I think the writer, as I’ve said before, is amoral.” Perhaps none but early pulp fiction’s unheralded tragedies better understood this sentiment. David Goodis, the poet of the common criminal, psychic train wreck and hopeless mama’s boy, lived most of his life in Philadelphia where the best of his short novels were set. He signed a screenplay deal after the success of Dark Passage, adapted into what is now considered a brilliant example of film noir featuring a hangdog Bogey opposite a rather tumescent and irascible Lauren Bacall. 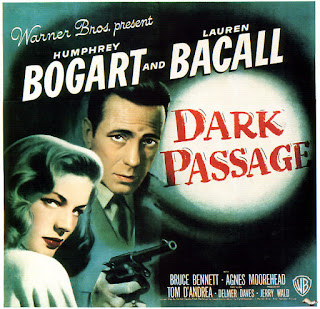 After Passage hit the big screen and wowed audiences worldwide, Goodis moved out to Hollywood to complete his contract. His strange, transient hophead behavior - sleeping on couches without the owner’s consent, refusing respectful amenities with the likes of Bogart and Bacall, behaving like a general asshole – won him a severed contract and a ticket back to Philly where, I’m of the studied opinion, he then went on to his best work. In his ramshackle career as a scriptwriter, Goodis only penned one work alone. Some lifeless suit insisted the Philadelphian endure the input and edits of Hollywood yes-men intent on rendering the work softer and palatable to viewers accustomed to formula, hopeful endings, and themes of lesser depth. 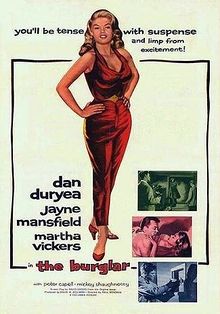 The sole manuscript to slide uncut past the studio chopping block was based on the early Goodis novel The Burglar. It was shot on site in Philadelphia and featured, as extras, natives of the same working class neighborhoods Goodis wrote about. The film was shot long after Goodis accepted his long goodbye to Hollywood, and got comfortable telling the truth about the world in which he lived and suffered. Like the screen adaptation, the movie examines the parallels between the common criminal and, say, the upwardly mobile corporate climber that forced Goodis to dilute his own conscience enough to soften his thematic blows:

No law, Gerald would say, could ever erase the
practice of taking. According to Gerald, the basic
and primary moves in life amounted to nothing more
than this business of taking, to take it and get away
with it…. Among the gorillas, the clever thief became
the king of the tribe. Among men, Gerald would say,
the princes and kings and tycoons were the successful
thieves, either big strong thieves or suave soft-spoken
thieves who moved in from the rear. All thieves… 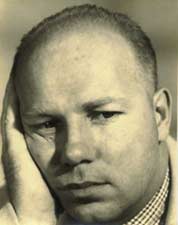 The protagonist’s felonious mentor goes on to point out that the very country that exiled burglars and thieves from society’s mercy was founded by criminals of a moral bankruptcy the depths to which Gerald could not even aspire, moguls and tycoons and politicians who simply wrote laws to justify their plunder and pillage and the spoils that would become the United States, the verdant, lush acres they’d claimed from the Indians. Startlingly, the universe described by David Goodis, Charles Willeford, and various other writers dubbed “nihilistic” in their recurring themes is not all that dissimilar to the world of Donald Trump and Steve Jobs, a cut throat horrorscape where the biggest toy is always granted to the Nietzche-superman willing to wade further into the waters of moral turpitude than his opponents. 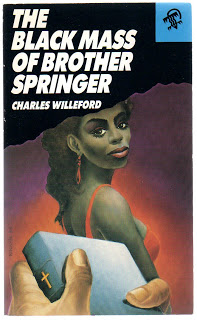 Willeford in The Black Mass of Brother Springer, his irreverent study in the detriments of both disbelief and protestant fundamentalism, presents, in Springer, a character who views the world from the same vantage as Goodis’ burglars. And like Harbin and Gerald, Willeford’s anti-hero does not stop with theorizing: he applies his doctrine of rigid skepticism toward every decision he makes, casting himself from the domestic tranquility of a middle class suburb to the rural Florida bottomlands, impersonating a crusading holy man leading a flock of poor blacks fighting for equal rights. Unlike his congregation, the charlatan cares not whether society ever accepts the equality of different ethnicities, whether true Christian love and charity prevails in the end:

I had better play God safe, just like everybody else.
I lifted my eyes above the people… “Thanks God,”
I whispered, “for nothing.”

It’s an ending drenched in pathos and an irony that would’ve impressed O’ Henry and it bespeaks something cruel and cold about the world in which the con man operates, an America in which the only safe passage to success includes chicanery and where a man can’t think of anything to be grateful for even when he breathes free air after breaking every law in Florida.

While these authors seem to ask us to go easy on their flawed protagonists who, after all, are only following the ideals of their society, Willeford and Goodis also point out the ultimate banality of American values. At some point in the stories, both Harbin and Springer essentially forsake true love, or at least the possibility, in exchange for a chance at fortune. And, while both characters realize their mistake and both attempt to rectify, it is too late. One dies. One watches the woman he hoped to betroth walking into the sunset with another man. And both, like the ideals and the moral character and the collective conscience of this allegedly great nation, are lost, perhaps forever. 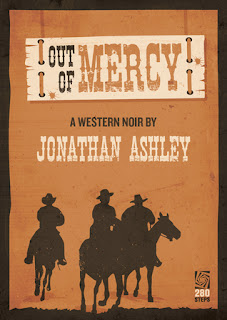 Jonathan Ashley is the author of The Cost of Doing Business and Out of Mercy. His work has appeared in Crime Factory, A Twist of Noir, LEO Weekly, Kentucky Magazine and Yellow Mama.

He lives in Lexington, KY.
Posted by jedidiah ayres at 11:15 AM

The lack of essential difference between the upperworld operators and underworld mob bosses, and the connections they had with one another, are very well stated. Goodis was hardly alone in knowing this. Chandler's the Big Sleep has a line about "the way cities are run." The novel, unlike the film, ends not with Eddie Mars being killed by bogie, but with Marlowe saying that he will go talk to Eddie regarding the possibility of getting crazy Carmen committed to an asylum instead of being tried for murder.

I don't think Goodis was a "mamma's boy." He did live at homefter leaving H-wood, and did fall apart after the death of his parents. But he apparently disappeared overnight from time to time, to hang out in the toughest sections of LA, NY, and finally Philly. This had to do with his obsession, *apparently*, for being abused by fat African American women. So he was, in at least one aspect of his life, independent and not exacctly rish-adverse.

I took the "Mama's boy" line as a nod that same sexual predilection to be dominated...