Elevator to the Projection Booth

Hey cats and chicks if you're interest is in flicks you can get your kicks every week at The Projection Booth podcast hosted by Detroit's finest, Rob St. Mary and Mike White. Every week they have a new in-depth exploration of film - one picture at a time. And not just the classics - whatever your definition of classic is - they cover high, middle, low, no and Brazilian-brow fare with the same level of obsessive nerdiness. The whole month of November they've delved into international noir selections and had guest hosts for each episode - check out N@B-Godfather Peter Rozovsky (fuck Peter Rozovsky) pull double duty covering Jean-Pierre Melville's iconic Le Samourai and its spiritual offspring Jim Jarmusch's Ghost Dog: Way of the Samurai on episode 243. 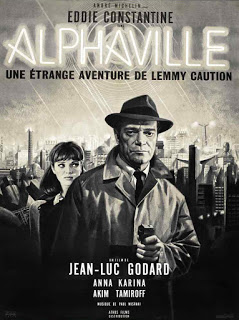 The following week they had walking encyclopedia Cullen Gallagher on to discuss Jean Luc Godard's sci-fi noir Alphaville on episode 244. 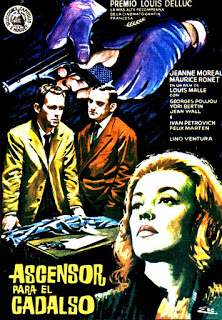 Where it all goes off the track is episode 245 where they brought my ignorant ass on to discuss Louis Malle's  debut narrative feature film Elevator to the Gallows. This was a huge honor for me because I've been a fan of the show for years and of course I'm a crime film fan. I prove to be a philistine whose got little to say about French New Wave or jazz music (the film is perhaps best known for its groundbreaking improvised score by Miles Davis), but I hope it's clear how much fun I'm having. Thanks, Mikde & Rob - you're the best. 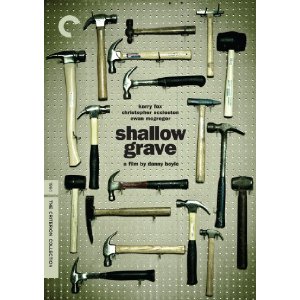 Next week they close out Noirvember with a Scottish accent discussing Danny Boyle's debut Shallow Grave with co-host Jeff Meyers.

While we're talking podcasts - The Crime Scene with Eryk Pruitt is a new monthly crime fiction-centered conversation that you ought to be a part of. Eryk's taking on topics each month from Race (with S.A. Cosby, Howard Craft and Danny Gardner), The South (with myself and David Terrenoire) and Religion (with J. David Osborne, Ed Kurtz and Clayton Lindemuth - this episode also features Soledad Medrano only days before her death and I've not wanted to promote this particular episode online because I haven't wanted to stir up painful issues for folks who knew and were close with her, but the truth is, it's a good episode with some interesting back and forth and you ought to give it a listen. Next month Eryk welcomes back David Terrenoire and special guest S.W. Lauden to discuss Music in crime fiction. 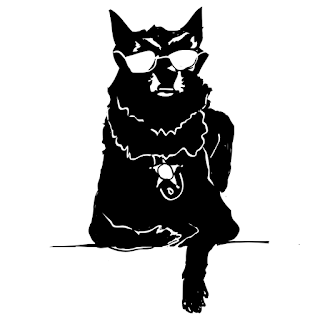 You know what other podcasts I'm digging right now? Criminal  - they're short (usually under 30 minute) episodes that explore strange true crime stories and they more often than not find a unique angle to see it through - and they're not only interested in murder - no they take on smuggling and identity theft and orchid thievery. 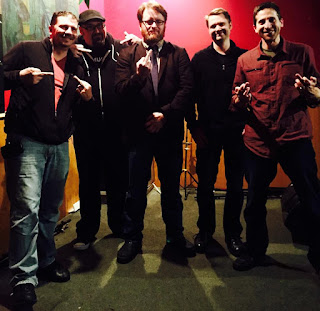 Booked podcast continues to cover good shit including recent visits to work by William Gay, Chuck Wendig and Jon Bassoff. And Booked has a forever special place in my heart for their coverage of N@B events. And you know what? Now that Chicago's got its own regular N@B event, they get to stay home to cover them. Like last night when they went out in a foot of snow to see Bassoff, Frank Wheeler Jr., Jake Hinkson and I know Les Edgerton was on the poster (but I haven't seen him in the photos).
Posted by jedidiah ayres at 3:28 PM