The One That Won't Go Away: CriMemoir by Trace Conger 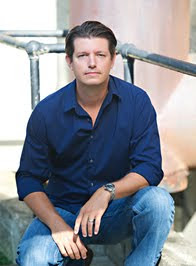 Trace Conger has worked in print and journalism for most of his professional life and now is the Shamus Award winning author of The Shadow Broker featuring the ethically flexible protagonist Finn Harding. Mr. Finn is back in his latest book, Scar Tissue which you should go check out after you read this piece and give yourself some time to calm down. Seriously, when I asked him for a CriMemoir entry, and he told me about a case that's haunted him personally and as a crafter of fiction I had no idea...

Thanks, Trace, for the nightmares...

The One that Won’t Go Away: CriMemoir by Trace Conger 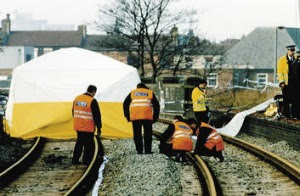 As a crime writer I’ve spent a lot of time buried in research. Most of the murders, criminals and cases I’ve read about hardly make an impression, and even when they do strike a nerve they never follow me home.

Maybe television, Hollywood and my own writing has desensitized me over the years, or maybe it’s my ability to leave all the emotions and disgust behind when I clock out at the end of my writing day. Regardless of why, most of the wickedness I encounter doesn’t leave a mark. Most, but not all.

One case left more than a mark. It left a scar. A real fucking big one that’s red and scaly, the kind you show off at parties when you’re talking about how much of a man you are. It’s right up there with my two severed fingertips.

That scar is the murder of James Bulger. 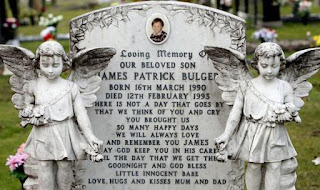 James Bulger—not to be confused with James “Whitey” Bulger—was a two-year-old boy from Kirkby, Merseyside, England who was abducted and murdered by Robert Thompson and Jon Venables, who at ten years old were just kids themselves. 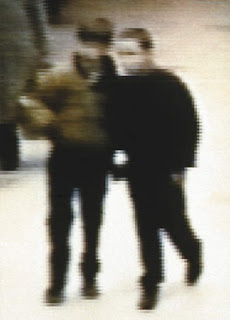 In February 1993 Thompson and Venables lured young James from a shopping mall—out from under the eyes of his mother who was placing an order at a butcher’s counter—and snatched him, taking the boy and the innocence of an entire town with them.

Authorities found his mutilated body two days later near a freight train track about two miles from the shopping mall. He had been severed in half by a passing train, but that wasn’t what killed him.

During the 17-day trial it was revealed that Thompson and Venables kicked and stomped James, threw bricks and stones at him, poured blue modeling paint in his eyes, beat him with a 22-pound rusty iron rod, and inserted batteries into his mouth and/or anus (this last fact is still disputed today). 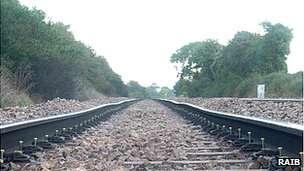 Thompson and Venables admitted that James was still alive when they left him on the train tracks. A pathologist who testified at the trial explained that James had 42 injuries, including 10 skull fractures, and had likely died before the train struck him. “Likely” being the most terrifying word in that sentence.

The two boys were found guilty on November 24, 1993. At eleven years old they became the youngest convicted murderers of the 20th century. Since the prison system is no place for children they ended up in separate “secure care centers” where they received education and rehabilitation.

Thompson and Venables were released eight years later in 2001. Eight years for the torture and murder of an innocent two-year-old boy. But here’s the real kick to the nuts; the UK government assigned them new identities and relocated them to parts unknown because vigilantes might seek to do them harm and their safety might be at risk. Think of it as “witness protection” for child killers. 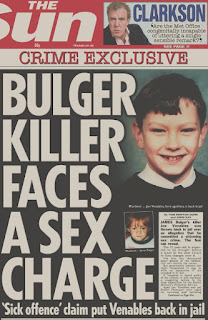 Since being released Robert Thompson has disappeared into obscurity. Jon Venables, not so much. Since his initial release he’s been arrested or detained on separate occasions for child pornography, fighting and cocaine possession. He was released from prison in September 2013, again with a new identity, his fourth.

With a few exceptions, I like to believe that people are good, but this case gets to me. It won’t go away. It sneaks up on me at night when I’m asleep, shakes me awake and slaps me across the face. It creeps into my head when I send my two young children off to school. It follows me like a shadow when I’m with my family in a large crowd. It never goes away. 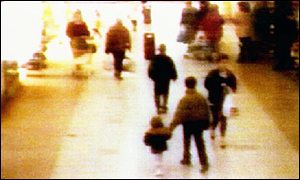 Maybe it’s the helplessness of a two-year old or that Thompson and Venables only did eight years for the murder. Or perhaps it was the lack of motive in such a horrific crime. Maybe it’s the thought of James walking the two miles to those tracks with his murderers, each step taking him farther and farther from those looking for him.

Or it could be those new identities and the protection they provide or that Thompson and Venables have the freedom to do whatever they please while James Bulger rests silently in a coffin buried in a Liverpool cemetery.

One thing I know for certain is that the James Bulger murder is proof that pure evil exists. It truly exists, and it might live across the street from you and be capable of entering your safe little world anytime it wants and turning your life upside down in the blink of an eye. 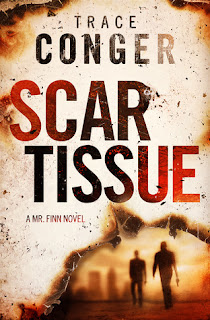 Trace Conger is an award-winning author in the crime, thriller and suspense genres. His Mr. Finn series follows disgraced private investigator Finn Harding as he straddles the fine line between investigator and criminal. Find him online at www.traceconger.com.
Posted by jedidiah ayres at 10:23 AM