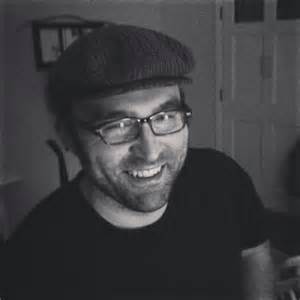 I first found William Boyle's work on the pages of Out of the Gutter magazine, as scrappy and pulpy a publication as I could hope to house some of my own earliest stories, and it was only the first re-assuring parallel I drew between our respective careers. When I learned William's Gravesend would be among the first titles published by Broken River Books I felt better about trusting the fledgling press with Peckerwood and when Bill started hosting N@B events in Oxford, MS., corralling talent of such gravity he nearly causes a Noir hole to open up every time they gather at Proud Larrys to do their thing, it inspired me to keep going with the St. Louis event and reminded me that I wasn't the only one with an appetite for that sort of thing. 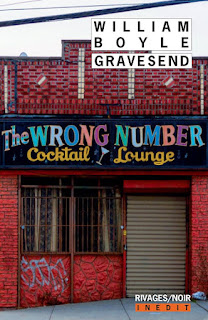 I'm afraid the comparisons diverge into wild speculation after that. He's got much better taste in music, a more voracious appetite for literature and better vocabulary for defending his stance on any particular film you'd care to challenge him on than I ever will. He's also big in France as of this week (check out the cover for the French edition of Gravesend). Hey, Boyle, kiss my ass, how 'bout. 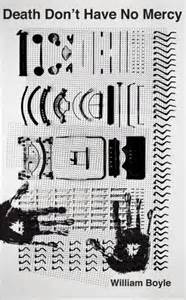 When I started the CriMemoir series the following is a fine example of the sort of wistful little essay I dreamed of getting. Read this, then go pick up Gravesend (if any of you haven't yet) or Death Don't Have No Mercy and you'll find the romantic imagination of the kid in the essay has grown into the full tragic beauty of the author's work today. 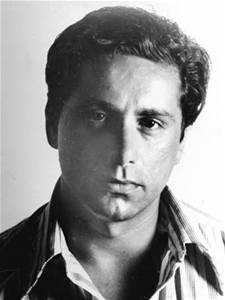 I grew up on the border of Bensonhurst and Gravesend in the apartment where Gaspipe Casso used to live. He cooked his eggs and boiled his coffee on my stove. Whatever else he did there, it was right before he ate a meal or right after. Maybe during. I always pictured him munching biscotti dunked in espresso with one hand and crunching some sad sack's neck with the other. The sad sack, in my mind, he'd wronged Gaspipe. He'd skimmed money. He'd slept with the wrong broad. Gaspipe probably gnawed calimari and plotted hits at the oak table we inherited from him. Polished guns. Maybe he even chopped people up in the bathtub. As a kid, those are the things you think.

Up the block from my apartment, outside Frank & Joe's Bakery (now called the People's Bakery), I saw my first shooting. I was in the paint store across the street with my mother and stepdad. I saw the shooter and his two buddies rush by the window in a blur. My stepfather ran out and held the guy who'd been shot until the ambulance arrived. He was covered in blood when he came back to us in the paint shop. After they took the guy away, we bought a loaf of bread. It was just out of the oven. When I'm home, I still buy bread there, but my stepfather's dead and no one's been shot out front for twenty-five years. 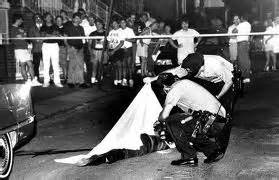 My second shooting was a drive-by in front of Mamma Mia across from my house. I used to watch out my bedroom window every night before I went to bed. It was better than TV. The corner boys always got rowdy, and the guy from Jimmy's Deli would slam the riot gates down and curse in Chinese. The streetlights made everything swampy. That night, a young guido in baggy pants and gold chains came out of Mamma Mia with a hero and got behind the wheel of his Buick. Another Buick rolled up next to him and a red-haired kid leaned out the window and fired into the guido's car and then drove off. The guido slumped over the wheel and the horn blared. It's a sound that should follow every murder. Mario, the owner of Mama Mia, came running out in his sauce-stained whites. That place was my grandfather's hangout. I never liked the food. Nobody knew I saw that shooting and the shooting didn't even happen inside Mamma Mia but from then on I always heard that horn when I folded one of Mario's greasy slices or ate his baked ziti out of a tin tray.

A couple of summers ago when I was home a guy got knifed coming out of a taco shop on Eighty-Sixth Street. We heard the sirens, saw the yellow tape, read that the killer lost his dentures at the scene, and laughed about it. Next day we walked up and saw where they'd hosed down the sidewalk. You could still make out how the blood had browned the curb under a parking meter. I'd never eaten there. Now I don't think I can. I'd worry about getting stabbed on the way out. 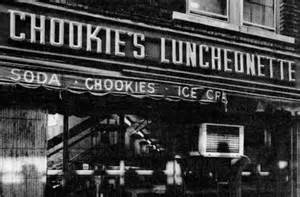 All the Italian restaurants I went to as a kid were the ones you see in the movies. Big, well-dressed guys who hugged. The smell of gravy and garlic in the air. Wine like water. Everyone was lovely, especially the connected guys. They pinched my cheeks. I always wondered what went on when the regular people like me and my family weren't there eating. Was that like the movies? Guys getting their heads smashed in vises in the back? Their fingers run through meat grinders? Probably. You could smell the blood in those joints. You could feel the beautiful ghosts of savagery. 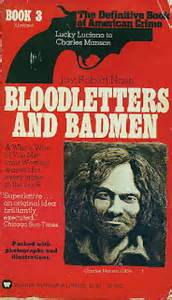 For years I ate spinach sandwiches on semolina bread because I thought that’s what gangsters did. I talked out of the side of my mouth like James Cagney. Bloodletters & Badmen was my favorite book, especially the entries on Lucky Luciano and Abe Reles and Legs Diamond. I watched that one scene in Goodfellas where they’re cooking in prison, slicing the garlic real thin, on a loop.


Crime beat stories occupied me. Michael DeBatt shot behind Tali’s on Eighteenth Avenue on Sammy the Bull’s orders. Hits at Joe & Mary’s and Gravano’s Bus Stop club. I clipped them from the newspapers and taped them into a marble notebook. 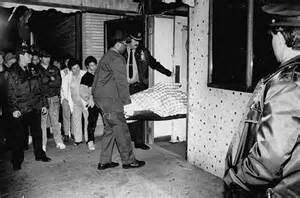 Once I saw Stevie Ceretti thwack Gene Villani in the face with an aluminum bat in Shady Park, not far from Spumoni Gardens. I can still hear the sound of the bat against his head across the distance of years, and it still makes me feel like I was a part of something big.

I live in the south now. I like how everything feels new, even learning about the past, but I miss being a kid in Brooklyn: the blood and concrete and pizza and how it was all wrapped up in wanting to be something that I could never be. 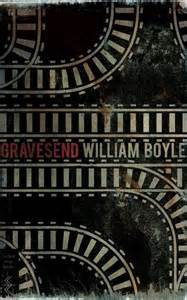 William Boyle is the author of Gravesend and Death Don't Have No Mercy.
Posted by jedidiah ayres at 8:00 AM