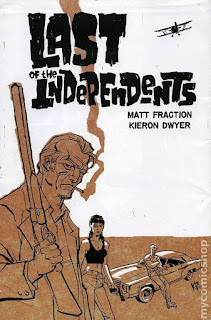 Recently read The Last of the Independents by Matt Fraction and Kieron Dwyer - very much in debt to Richard Stark's Parker and Don Siegel's Charley Varrick - and it scratched my itch for straight-up crime comics - and one-offs at that - that flares up now and again when I realize there'll be no more Scalped, who knows about Criminal and Stumptown and fuck it all, so long Darwyn Cooke's Parker books... I heard a rumor that Tom Hardy's got his hands in a 100 Bullets television adaptation, but who knows how long how when and how good that could be. 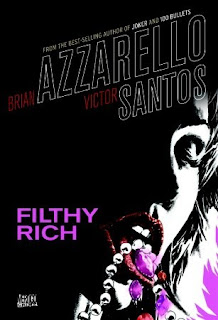 And shit, that Vertigo Crime series was pretty hit or miss, but if you got a stinker at least you could, briefly, count on more content on the way soon. 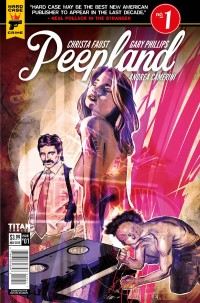 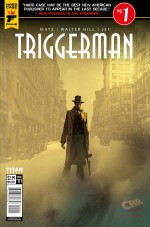 What else? How 'bout a prohibition-era gangland bit from motherfucking Walter Hill? Last time I watched Last Man Standing it finally clicked for me. Dunno why it took so long and as many visits to really dig that picture - it always looked amazing and had a terrific performance from Christopher Walken - but I finally saw it belonging to the same reality as The Warriors and Streets of Fire. Y'know, comic book reality. Made a big difference. So hey, color me down for Triggerman.

Also headed down the pike at Hard Case Crime Comics is a version of Max Allan Collins's Quarry. Will it follow the plot of the books or the television show or just be new stories featuring the character? Dunno, but considering the obsessive commitment he demonstrated to bending all things Road to Perdition to continuity, I suspect we're in for something similar. Curious, for sure. I've always liked the character and the possibilities of material based on him. Really looking forward to the Quarry show on Cinemax this fall too. 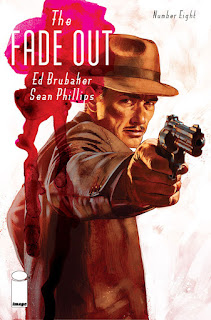 So for now I've got Brubaker and Ellis's The Fade Out and Duane Swierczynski's The Black Hood to keep up with. If you know something straight-up crime I should be keeping up with I'd appreciate a tip. 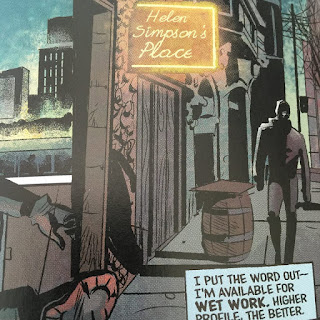 This little nod to the late St. Louisan Helen Simpson appeared in The Black Hood #11. She was the proprietor of Big Sleep Books here in town and nearly everybody who ever met her has a story ranging from the very pleasant to the very blunt (after I'd given her a copy of my first book to see if she'd be interested in carrying it at the store I checked in a couple weeks later and her entire review was "Oh, thumbs down" - which I ought to use as a blurb some time). Anthony Neil Smith has a better/worse story than mine. 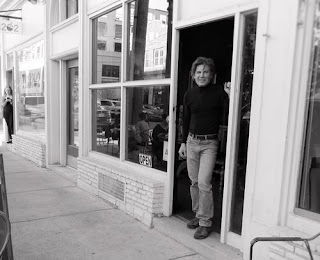 If you remember where Big Sleep Books was located on Euclid ave. in the Central West End you can still get crime books in the same spot. Helen's business partner Ed King has re-opened the space as Pagan Wine Bar & Books. Go see Ed. I like Ed.
Posted by jedidiah ayres at 3:02 AM