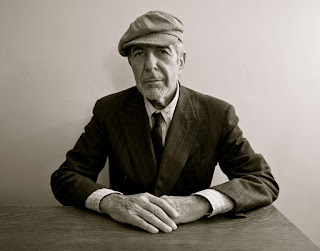 Leonard Cohen died one week ago. Bigger influences on my literary sensibilities are ahead only by narrow margins. That man. That voice. That prophet. Who else could be as achingly beautiful, cynically insightful and searingly funny in the breadth of a verse? Sin, salvation, sex and the apocalypse - hypocrisy, fidelity, weakness and revolution - faith, devotion, hope and nihilism - he spoke to each in turn with full attention and without a hint of insincerity... unless that was his real point. 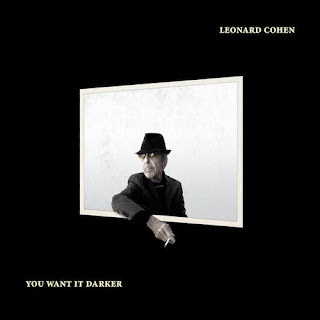 This sideshow armageddon of an election cycle already had me leaning into his comforting, bracing assurances of my worst fears and worse nature then he dropped his swan song album, You Want it Darker, just in time to make the title track the theme song of the whole fucking year.

This hole of a fucking year. 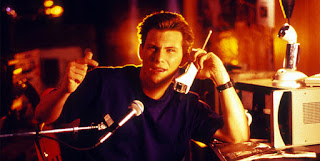 I moved to St. Louis when I was 20 years old - a sheltered kid striking out on my own for the first time. I had vague ideas about what I wanted out of life. I was a musician. I was mediocre, but I felt the hell out it with the help of recent discoveries Nick Cave, Tom Waits and Cohen whom I'd first, like so many my age, heard courtesy of Christian Slater's pirate dg Happy Harry Hard-On in the outsized influential flick Pump up the Volume (what can I say, that movie hit me at just the right moment to make a big impact). 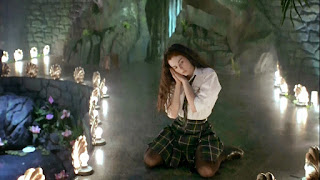 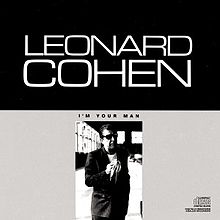 After purchasing I'm Your Man, I found myself either wholly entranced or repelled by each alternating track - how could First We Take Manhattan exist in the same universe, let alone the same album as Jazz Police? Fuck it. I kept at it, picking up more Cohen when I came across it cheap in used music stores. Everybody thinks of Jeff Buckley's version of Hallelujah as the one that maybe transcends the original, but for me it was John Cale's straightforward piano rendering on the almost entirely forgettable tribute album I'm Your Fan that helped set the hooks in me deeper. I discovered Cohen hadn't always been the gravel-voiced casio hipster of the 80s/90s, but had started as a folk musician with a penchant for bleak-ass love songs and beautiful renderings of relations between the sexes dissolving and disintegrating. 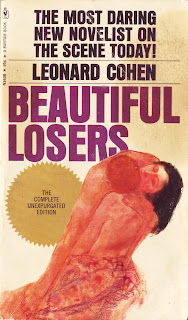 After graduating high school and vowing that I was finished with formal education I decided I could go back to reading books. I'd read an interview with Lou Reed in which he mentioned a novel written by Cohen - Beautiful Losers. Bought that shit (Nick Cave's And the Ass Saw the Angel about the same time) and read it - even the French language passages - quick. The fuck was going on in that book? I wasn't moved by it the same way I was by his songs, but it opened my head up to ideas about what literature could be.

I responded more to his (perhaps less ambitious) second novel The Favorite Game, but his book of lyrics, Stranger Music, kept me absolutely electrically bonerfied for years.

I don't read a lot of poetry any longer. It doesn't call to me the way it did once. Or perhaps I've become too consumed with practical things to give it the time I used to. But no one makes me pick it up again the way Cohen does. No one stops me in my tracks and causes me to hold words in my mouth and test their feel while kicking the tires between head and heart for truth and durability. No one reminds me that literature without an infusion of poetry (in its cadence, or heart or ideas) is a dull, flaccid tool in the reader's hand with such powerful immediacy as he did.

So long and thanks for all the words, sir.
Posted by jedidiah ayres at 3:23 AM

Go by rivers,
Where eels throng,
Rivers, love,
I won’t be long.

Go by oceans,
Where whales sail,
Oceans, love,
I will not fail.

The Favorite Game was his first novel.

Well there you go. I guess I could've solved that with a simple Google search. For a long time I thought BEAUTIFUL LOSERS was his only novel. Suppose when I found FAVORITE GAME, since it was second to me, I thought it was his second.