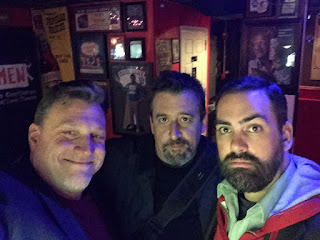 Are you still there? Golly, it's been a busy month for me, apologies for not checking in more often. Just beginning the process of crawling out the back end of Noircon 2016 and, I gotta say, Lou Boxer and company put on a great party and I was happier 'n shit just to be there.

First off, Glenn Gray has my un-ending appreciation for accommodating my devo-ish particulars. His generosity of spirit is matched by his talent and magnanimous wallet - dude picked up way more than his share of bar tabs and bribes. Thanks, man. You rock.

Too brief encounters, but always great to check in with Dennis Tafoya, Vicki Hendricks, Jason Starr, Kenneth Wishnia and Warren Moore. Also thrilled to have met Charlie Stella, Charles Ardai, Kent Harrington, Jay Gertzman, Woody Haut, Barry Gifford and some guy named Richard Price. Do you hate me now as much as I'd hate you for that sentence?

It was a great mix of stimulating panels, spirited conversation and classy-ass atmospherics compliments of The Hotel Brotherhood, Bob & Barbara's Lounge and the blue-lit, casio-troubadour stylings of Felix the Helix.

But time to snap back to reality, here comes gravity or something. 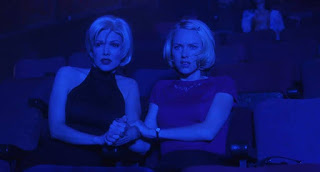 First up, listen for me and Erik Marshall joining Mike White on The Projection Booth podcast for a discussion of David Lynch's Mulholland Drive (episode dropping next week). Mike's podcast is a long-running and running-long exploration of cinema without regard for class and Erik's got his own film podcast, That's A Wrap which means I was totally outclassed on that episode. So, I've got my own podcast coming soon with a co-host I know you'll be excited about. 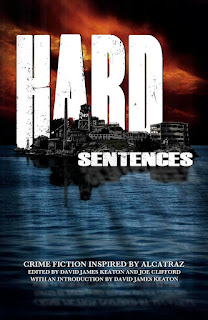 Next, look for a new story, Clean Shot, in the Alcatraz-themed anthology Hard Sentences edited by David James Keaton and Joe Clifford. This one was a real pleasure to write and research and I can't wait to dig into the rest of the collection - it's gonna cover some wild territory. 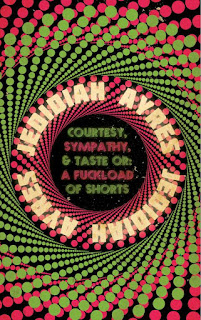 Also soon: my story collection is coming back into print! Seems like I said this a year ago, but evidence to support my prediction this time around is a new cover from Matthew Revert. Look for Courtesy, Sympathy & Taste or: A Fuckload of Shorts in 2017. Is this just the same old shit? Pretty much. The title is slightly different and the content will be too. Since it was such a clusterfuck of styles and content to begin with I'm tossing in a couple extra (previously published, but un-collected) stories as well as excerpts from Shitbird and a written apology explaining myself.

After that. Fucking Shitbird, dude. Fucking getting on that shit. bird. I promise. Pants kicked in properly.
Posted by jedidiah ayres at 11:18 AM