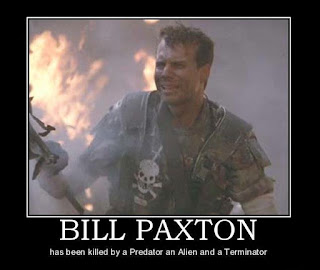 My favorite Bill Paxton flicks (in alphabetical order) in case you were wondering. 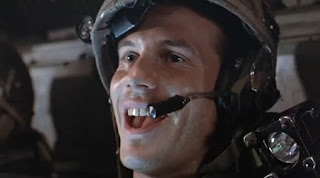 Aliens - As Hicks he earned the audience's contempt and supplied much needed comic relief during the un-ending tension of the film's last three quarters. He did it well, but a lot of that was in the writing. To also make us sorry to see him go? That took a special performer. 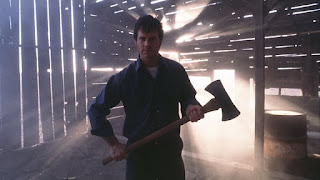 Frailty - As star he gave a chilling portrait of religious zealotry and child abuse, as director he announced himself as a talent with a true ear for tone and a taste for material in the bullseye of my sweet spot. Unfortunately, as a director, he never returned to my favorite places. 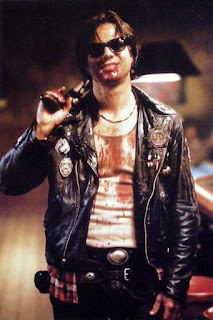 Near Dark - As the flashy danger in a nomadic-RV-bound tribe of heartless heartland vampires in Kathryn Bigelow's ground breaking flick - still the benchmark for rednecksploitation cool. 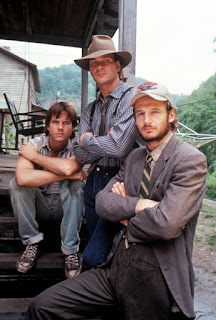 Next of Kin - As the youngest brother to Liam Neeson and Patrick Swayze relocated from coal country to the urban wasteland, it's a minor role in what remains, to my knowledge, the only crime flick set amongst Chicago's citybilly underground. ***Dennis McMillan points out Medium Cool's Chicago citybilly setting.

Nightcrawler - As the mentor who would've been turned competitor and then victim of Jake Gyllenhaal's freelance crime scene photographer he put in solid work in a movie yet to really get its due. 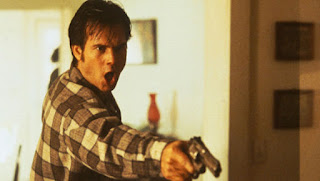 One False Move - The first starring role Paxton made an impression on me in. He plays an Arkansas cop with a big heart and a dark secret. Outclassed as a lawman by the FBI and outmatched in ruthlessness by the killers on their way to his town, the character and the performer nevertheless hold their own against the heavyweights (including co-star and screenwriter Billy Bob Thornton) in Carl Franklin's country noir. 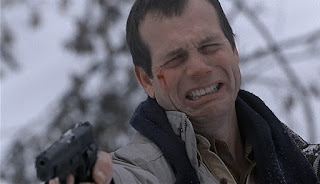 A Simple Plan - If a greed-tragedy is to succeed it has to have a convincing innocent to topple - one whose fundamental decency is believable without being off-puttingly pious and whose craven depths are too relatable to ignore. Terrific, haunting thriller from Sam Raimi (based on the novel by Scott Smith) with Paxton front and center.

Tombstone - Probably lost amongst the densely stocked pond that is the cast of George P. Cosmatos' all-flash-bur-really-who-gives-a-shit western, as Morgan Earp his worship of his brother Wyatt gives the audience permission to as well. And his death gives Kurt Russell all the reason this moviegoer needed to justify the bloodbath that followed. Jeez, good thing I'm not in a position of any real-world authority or influence. 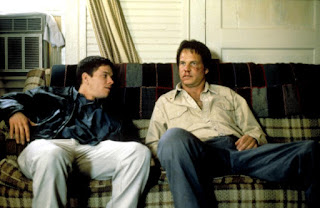 Traveller - As a nomadic conman in North Carolina Paxton has to be charming enough to make a living duping marks and world-weary enough to shoulder a little moral weight in this under-exposed drama. 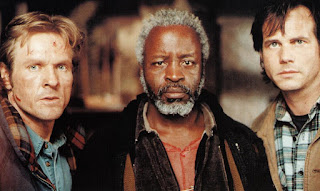 Trespass - The concept of Arkansas firemen looking for buried treasure in abandoned East St. Louis building and getting caught in the crossfire of a gang war with major players including Ice Cube and Ice-T is just fucking rad. Especially for me as a fresh Arkansas transplant to St. Louis when I first saw it. It's pure pulpy exploitation tasteless tastiness served up by Walter Hill (who also cast Paxton in his rock'n' roll fantasy Streets of Fire).

Of interest and yet to be seen...

Mean Dreams - Returning to One False Move territory as a small town policeman with a lot of menace. 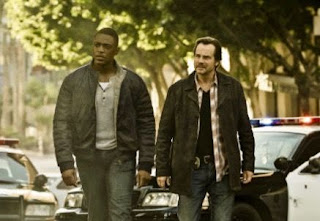 I'd probably move Trespass higher on my list but I can see no fault with your list as it stands...

Presentation is just alphabetical order - I'd put ONE FALSE MOVE and A SIMPLE PLAN waaaay high on this list - FISH HEADS is one of the first songs I ever learned verbatim from the Dr. Demento show... that one, Dead Puppies and Boobs-A-Lot