Man Out of Prison: Always Outnumbered 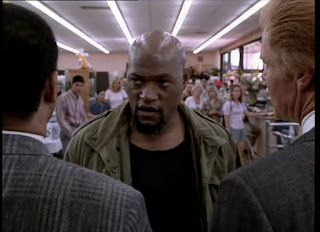 Counting down to the Netflix release of Evan Katz's adaptation of Dave Zeltserman's Small Crimes I'm looking at some of my favorite in the man-out-of-prison subgenre. Today it's Michael Apted's Always Outnumbered.

Laurence Fishburne plays Socrates (Socco) Fortlow an ex-con who served a decades-long prison term for murder and now lives deep between the cracks of society in Los Angeles. It's hard enough for anybody to earn a decent living, but if you're an ex-violent offender without much formal education it's damn near impossible to do it straight. 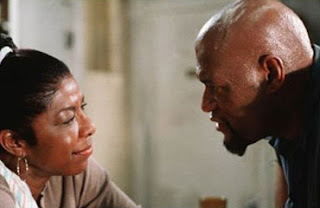 Fortlow scrapes together a living collecting recyclable materials in commandeered shopping carts that he pushes around the city, doing odd jobs (including the odd philosophical investigation). He makes his lifestyle work by never wasting a resource or opportunity including a neighbor's murdered chicken. 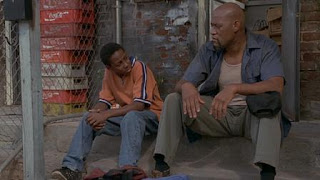 His chance at a redemption of sorts comes in the form of a young boy on the road to a tragic and probably short life who witnessed the murder of one of his friends at the hands of some local street predators. To keep the kid from taking the same path through violence and prison that he did, Socco brings the boy into the community of shadow people he lives amongst and this is where the heart of the movie lies. 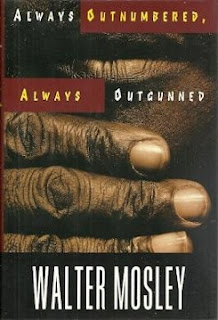 Based on the novel Always Outnumbered, Always Outgunned by Walter Mosley (the first in the Socrates Fortlow series), it fits smoothly with the author's favorite themes of crime, class, race and redemption, but it's not really a thriller - don't go in looking for that.

It's deliberately paced, beat down and world weary, but it's also tough and got heart. And that's worth more than breeding and good fortune.
Posted by jedidiah ayres at 5:47 AM

I didn't know about this film. I loved the book. Good call!

believe it was an HBO original