Man Out of Prison: Go For Sisters 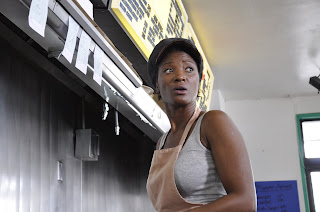 Counting down to the Netflix release of Evan Katz's adaptation of Dave Zeltserman's Small Crimes I'm looking at some of my favorite in the man-out-of-prison subgenre. Today it's John Sayles' Go For Sisters. 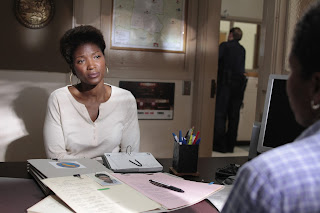 Yolonda Ross plays Fontayne, an ex-con and drug addict doing sober and straight one drag-ass, tough shit day at a time. When her parole officer retires she's reassigned to the no-nonsense Bernice (LisaGay Hamilton) whom she was close with back in high school until they had a falling out over a boy. 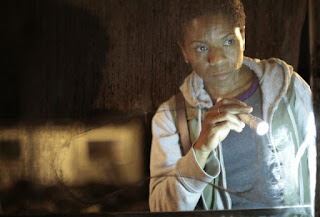 Bernice tells Fontayne that she will have to be reassigned to another officer since it's against the rules for her to supervise anyone she has a previous relationship with (she took Fontayne on not realizing who she was because her name had changed after a marriage), but before Bernice can put through the paperwork, a personal crisis will have her reaching out to her ex-con, former friend for help.

Bernice's son has disappeared and is a person of interest in the murder of a local drug dealer. Bernice reaches out to Fontayne and pleads for her help in tracking down her boy - a trip that leads them through the American rough south across the Mexican border. Along the way they hire Freddy Suárez (Edward James Olmos), a disgraced cop with underworld contacts to help their rag-tag investigation. 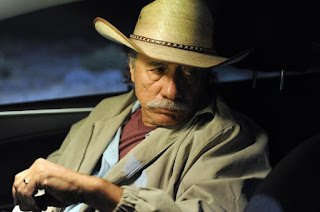 Aside from being an engaging mystery/thriller that covers murder, kidnapping, drug trade and human trafficking, Go For Sisters is rich character study of two women holding each other in a precarious balance as they trade places across the thin line of the law. 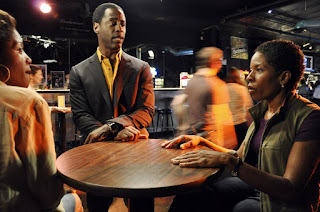 For Fontayne day to day life is hard - forced to work undesirable jobs and live in a depressed area where she is legally forbidden to interact with many of her neighbors (known offenders). Under pressure from her old friend/parole officer she re-establishes contact with painful reminders of her former life including her ex-husband (Isaiah Washington) and a prison lover (Vanessa Martinez) for whom she still pines who's since gotten out, married and started a family. 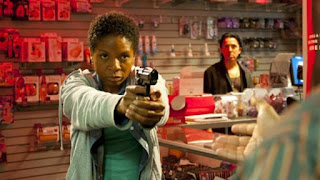 While Bernice goes from unmovable arbiter of right and wrong to a mother who will destroy evidence, abuse her position of influence and shoot the odd motherfucker (a cop no less) to protect her child who appears increasingly guilty as her investigation goes on.

Highly recommended.
Posted by jedidiah ayres at 6:54 AM