Man Out of Prison: On the Job 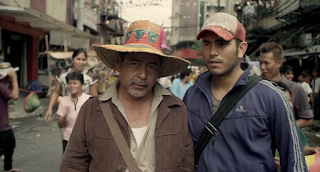 Counting down to the Netflix release of Evan Katz's adaptation of Dave Zeltserman's Small Crimes I'm looking at some of my favorite in the man-out-of-prison subgenre. Today it's Erik Matti's On the Job. 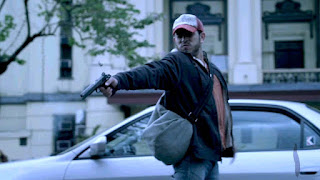 The twist this time? It's about men only temporarily released from a dingy, dangerous Filipino prison to carry out political assassinations on the streets. They're secreted out, hunt down their targets, shoot the hell out of them and disappear in chaos. 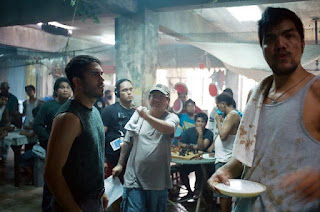 Afterward they have a precious few hours to spend however they like until they have to sneak back in to their real maximum security home.

The film follows an assassination team - an older mentor and younger apprentice. The older man has a family he is supporting one murder at a time and he drops in on them after the dark deeds are done. He absolutely lives for the stolen moments with his wife and the opportunity to see his children grow up. 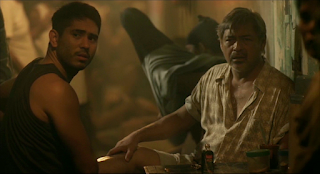 The younger man sees girlfriends and gets the fuck drunk while he's out and the two men meet bleary-eyed in the morning, reporting back to their secret masters. 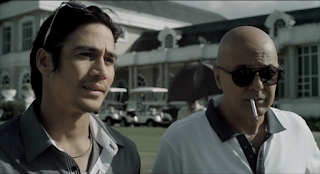 The movie is also about alternately corrupt and honest, but frustrated police trying to stem the tide of violence as well as the politicians who hire out hits on their rivals and are keenly aware they may be targets themselves. 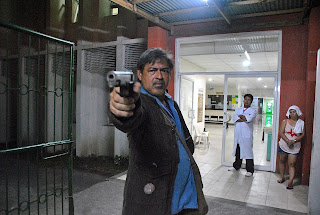 But it's the prisoners who capture my imagination in this flick.

Condemned men, playing the only cards they hold, selling their souls, but trying to get the best possible price. Hell of a metaphor. 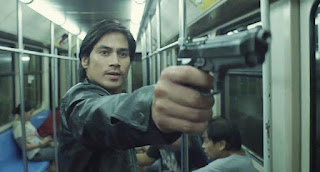 Shit, though, it's a kickass crime flick. Amazing locations, brutal action and one absolutely show-stopping suspense, action sequence where the assassins have to finish off a target who inexplicably survived their shooting him earlier by getting past the high security surrounding him in the hospital while the intrepid policeman waits for them to come back. 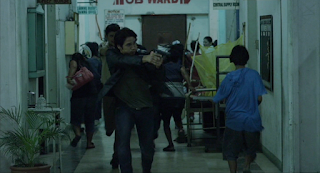 The resulting shootout/chase through the building and the streets is some DePalma-level awesomeness you should not deny yourself the pleasure of experiencing.
Posted by jedidiah ayres at 3:55 PM