Man Out of Prison: Pervert Park 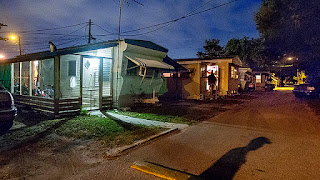 Counting down to the Netflix release of Evan Katz's adaptation of Dave Zeltserman's Small Crimes I'm looking at some of my favorite in the man-out-of-prison subgenre. Today it's Frida Barkfors, Lasse Barkfors' Pervert Park. 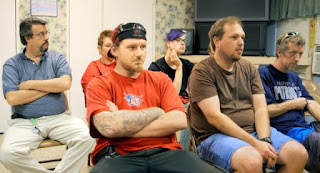 A documentary about a trailer park in Florida designed to be a place sex offenders can live (not near schools, or parks where children gather for example) when they get out of prison. Watch them attend support meetings, job interviews, barbeques and generally get on with the rest of their lives. It's easy to see why Pervert Park wasn't a big crowd-pleasing hit. 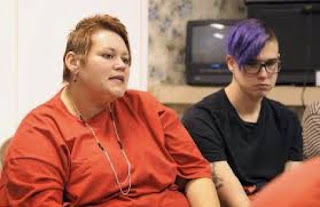 Oof. This isn't a fun one, kids, and it's not a cathartic release. It's even less a hot-topic picture essay that has a point to argue whether you want to deal with it or not. What I found it to be though is an utterly heartbreaking, totally absorbing and unshakable glimpse at people living on the bottom rung. 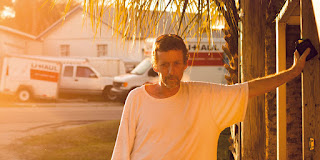 Follow a social worker who's made this community his life's work, watch this disparate group cling to each other because they're the only humanity they can still honestly touch, hear them confess their crimes... sit in judgement if you're so inclined and then reconsider your violent revenge fantasies as you see them get antagonized and threatened by a steady stream of otherwise mild abusers... or let your heart melt a little, let down your guard because you recognize a shared humanity, then get another reminder of how they got there.

Crime and punishment, morality and legality, humanity and policy, everything is examined and challenged, as the film runs you through a maddeningly messy set of emotions previously believed to exist in mutual exclusion.

Maybe that's the point.
Posted by jedidiah ayres at 9:08 AM