Man Out of Prison: Until Gwen 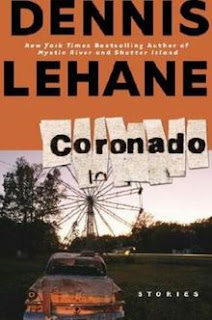 Counting down to the Netflix release of Evan Katz's adaptation of Dave Zeltserman's Small Crimes I'm looking at some of my favorite in the man-out-of-prison subgenre. Today it's Dennis Lehane's Until Gwen.

The short story Until Gwen (find it in Lehane's collection Coronado - as well as the two-act play version of the story titled Coronado) concerns a nameless 2nd person narrator just out of prison for his part in a diamond heist. He's picked up by his father who's rented him a motel room and a hooker as a welcome back to the world starter kit, but the narrator (You) aren't too excited by the gesture.

Your backstory unfolds in bits of memory, some sharp, some fuzzy and the fuzziness of that memory is key to the story. See, on the night you went to prison you were shot in the head - twice - and what dad seems most keen on you recalling is where exactly you may have stashed an unrecovered gem.

Reasons you may be less than excited to help your old man find the diamond are hinted at and then revealed in thin layers of tragic implication, though you continue to profess amnesia - you were shot in the head after all - and you seem to be far more interested in remembering details about your lost love, Gwen.

Until Gwen is equal parts pulp fiction and pure heartbreak, and sitting at the top of both categories. Fuck, I'm so jealous. 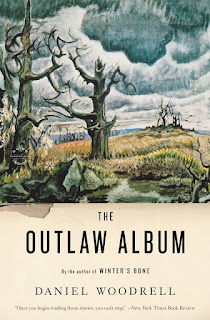 Side note: the only short story I may have read more times than Until Gwen is Daniel Woodrell's Two Things - which is about not letting a man out of prison. It's about a social worker trying to convince the parents of a convict to help her get their son paroled because she claims he's a changed man. In typical Woodrell fashion it packs more character into a paragraph with tiny essential details than most writers can effectively convey in a chapter's worth of exposition and tells an emotionally fulfilling story with a mountain of subterranean significance beneath the molehill word count - nice little counterpart to the Man Out of Prison series. Find Two Things in Woodrell's story collection The Outlaw Album.

Posted by jedidiah ayres at 2:50 AM