Man Out of Prison: Brian Lindenmuth on Boot Tracks 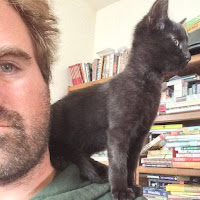 Brian Lindemuth is back with a Man Out of Prison recommendation I'm down for. Unlike, Brian, I have seen Tomorrow You're Gone, also unlike Brian I haven't read Boot Tracks, by Matthew F. Jones but I did read A Single Shot and loved that one, so it's on my list. After reading this piece, it's climbed closer to the top. Thanks, Brian. 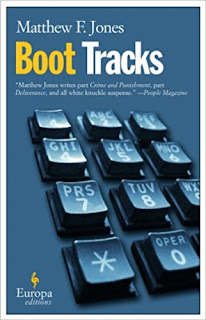 When Jed was running this series of men out of prison stories the one that immediately to mind was Boot Tracks by Matthew F. Jones. This one has a classic set-up for the sub-genre. Rankin is released from prison, and has been tasked to complete a revenge killing for his jail lover Buddha, who is still inside. While out, he meets up with Florence, who believes that she can save him.

One mode of noir fiction has fucked up people, doing fucked up things to other fucked up people. Boot Tracks is of this type. Some types of noir, darker crime fiction, and fiction in general have characters that are superficially transgressive at best, and not so secretly aspirational. The author and the reader really loves the characters and kinda want to be them and writing and reading about them is one way to achieve that for a short time. The characters of Boot Tracks have been abused and are damaged. There's nothing cool about them. They are broken.

When I suggested that Nerd of Noir read this years ago he commented on the "glacial pace", and he isn't wrong. For a shorter novel, it reads longer, and you won't burn through the pages as you adjust to it's odd rhythms. Part of this is because Jones really slows everything down in an effort to put the reader in the right frame of mind for the climax. Boot Tracks is not a conventional crime novel, and maybe not a crime novel at all but it is a black novel in the Derek Raymond sense: 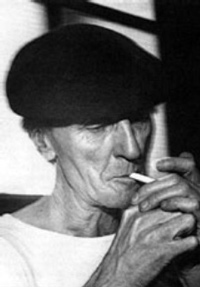 The black novel is mankind driven to madness in a bar or in the dark; it describes men and women whom circumstances have pushed too far, people whom existence has bent and deformed. It deals with the question of turning a small frightened battle with oneself into a much greater struggle — the universal human struggle against the general contract, whose terms are unfulfillable, and where defeat is certain.

By the time the reader get to the climax they know that Rankin ain't right, he has two names, gets confused about reality, often mixing up his traumatic memories with the present. It's a recipe for disaster. The reader know that things are going to go wrong (because they always do in this story right?), but they are unprepared for just how horribly wrong it goes. He breaks into the wrong house, has a psychological break from reality while inside, and the reality of his past superimposes itself on on the reality of his present. By the time he kills the man that he was supposed to, and an unexpected woman, he fully believes he is killing his mother and her abusive boyfriend. The quick way that this can be described is nothing compared to the step by step horror of it happening. Let me put the next line as its own paragraph so it will stick, in case anyone decides to give this book a try. 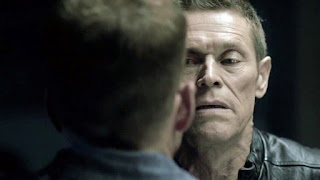 The climax is a full quarter of the book.

For a crime-ish fiction book is this formally inventive and daring. Again, this is no quick or light read. It's a horror show without the wham, the bam, or the thank you ma'am. It's brutal and in your face and yes, horrific.

Boot Tracks is a minor, imperfect, fucked up cult classic, that isn't for everyone, but is waiting for you, the basement noir crazy who likes something a little different.

Note: This book was adapted into a movie called Tomorrow You're Gone in 2012 starring Stephen Dorff, Wilem Dafoe, and Michelle Monaghan. The production was apparently troubled and it has a 7% rating on Rotten Tomatoes. I have not seen it, though with that low of a rating
I will admit to being curious. 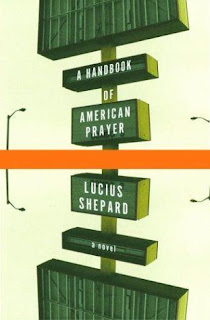 And a PS note and a couple of thoughts: We often think of men out of prison stories as being in the crime fiction realm, but they don't have to be. There's a book The Handbook of American Prayer by Lucius Shepard that is worth your time if you are interested in the overlapping section of an American Venn Diagram that includes, violence, consumerism, religion, media figures. A thought provoking and timely book by a man with a fierce imagination and a savage take on America.

Since we are reaching outside the box of a small sub-genre, how about a movie like The Proposition? Is it a stretch to qualify it? I don't think so.

Final thought. How about women out of prison stories?As I write this before bed I am drawing a blank, but I'd like to know which ones are out there and what the difference is with a women in the lead role. Thoughts? 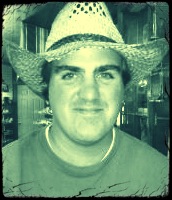 Brian Lindenmuth is the publisher of Spinetingler Magazine and Snubnose Press. He writes about crime fiction and Western films.

****Jed's post-script - The Man Out of Prison series did include a few Woman Out of Prison stories (On the Bricks by Penni Jones, King Cole's American Salvage by Bonnie Jo Campbell, Phillipe Claudel's I’ve Loved You So Long and John Sayles' Go For Sisters), but absolutely I'm interested in more. Send what you've got.

Posted by jedidiah ayres at 8:26 AM