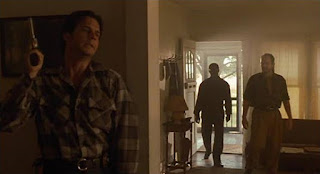 The late eighties/early nineties VHS golden age of video stores was my window both to the wider world as well as the one within. I learned as much about the mysterious workings of my own gear box as I did exotic cultures near and far. The cable TV and direct to home video movie markets, (alongside the already operating arthouse / grindhouse independent film scenes) were exploding with content never intended for mass exposure and lavish marketing campaigns. Most of them weren't ever going to get (or go after) critical attention. 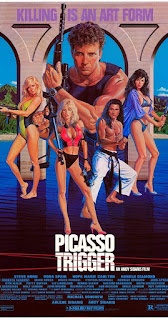 And while some B and C-list performers and directors became their own known off-brand of house of perhaps ill repute name (Sybil Danning, Jeff Wincott, Andy Sidaris) most were grist for the mill of disposable plop culture never to have a moment to themselves and quickly forgotten forever.

But as happens every time technology improves and becomes less expensive simultaneously some fringe visionaries sneak in and make a mark that remains. The pulps brought us Jim Thompson, William S. Burroughs and Philip K. Dick and the cheapie movie market brought us John Dahl, Nick Gomez and Steven Soderbergh (who straddled the genre-grinder and high-art worlds, belonging in conversations with Abel Ferrara and Quentin Tarantino as well as Hal Hartley and Jim Jarmusch).

Today S.A. Cosby is talking about one of the most precious gems to emerge from the era, Carl Franklin's Billy Bob Thornton scripted One False Move. If you've never seen it, give this piece a read and then correct that shit pronto.

ONE FALSE MOVE: A STUDY IN STORYTELLING
by S.A. Cosby 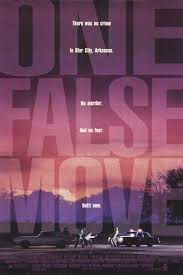 I first watched One False Move as a high school senior in 1993. I was at our local video store and was spending another Friday night alone. I was torn between One False Move and a steaming pile of brain droppings called The Lawnmower Man.

“Definitely go with One False Move,” the video clerk suggested.

Made for just over 90k dollars OFM was the first script written by Billy Bob Thornton and his frequent collaborator Tom Epperson. Directed by Carl Franklin and starring the late, great Bill Paxton, Michael Beach, Cynda Williams and Billy Bob Thornton sporting possibly the most obnoxious pony tail in film history (Only rivaled by George Strait's faux pony tail in Pure Country). The film was marketed as a low-rate B movie action thriller. And it is that. But it so much more.

OFM is a movie that manages to talk about violence, race relations and class disparity all at the same time while still a tense and suspenseful crime drama. Opening with scenes of extreme violence the movie shifts gears halfway through as the action moves from the technicolor dreamscapes of LA to the pastoral and peaceful back roads of Arkansas. 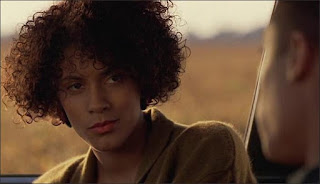 Upon first viewing I was blown away by OFM and Billy Bob's incredible script. At the time it was released Carl Franklin's direction was justifiably praised. He would go on to direct a faithful adaptation of Walter Mosley’s masterpiece Devil in a Blue Dress but OFM is a film that succeeds mainly because of the complexity and nuance of it's script. The fact that Franklin has produced little of note sense Devil in a Blue Dress seems to validate that contention. Hell I could have directed this movie and it might have survived. Billy Bob, a country boy at heart, has an innate understanding of the sometimes strained relationships between blacks and whites in the rural south where the poor are poor regardless of the color of their skin. His script draws us in to those relationships that sometimes exist in the darkness of lonely country roads and the bed of rusty pick-up trucks. The interplay between Paxton's character and Cynda Williams “Fantasia” is searing.  Paxton plays these scenes with such palatable regret and wistfulness it makes me sad that we will not be blessed with any more performances from this master of his craft.

The script also tackles the gulf between urban and rural realities. The barely hidden contempt that oozes from the detectives from LA as they deal with Bill Paxton's over exuberant sheriff Dale “Hurricane” Dixon says more about the disparity between the classes and their vastly different socioeconomic standing than an hour of talking heads yelling at each other on a cable news program. 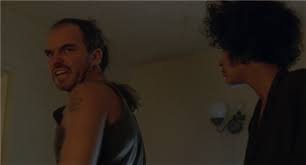 You would think after writing such a masterful script Billy Bob would possibly mail in his performance as Ray, the incredibly sleazy drug dealer who is the epicenter for most of the carnage in the film. But he doesn't. He gives Ray such a desperate demeanor that you imagine he would come back in his next life as a harbor rat. 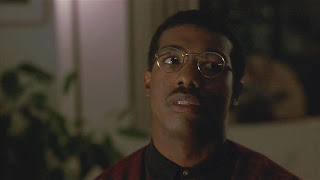 Michael Beach delivers a stand-out performance as Pluto a killer as cold as his namesake who prefers a knife to get the job done. At one point he holds a victim close puts a pillow case over their head and methodically stabs them slowly over and over again. A chilling scene made even more so by his natural charisma. You can imagine this character doing your books if he wasn't busy slinging weight and murdering people. 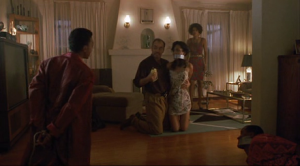 OFM is a movie that surprised me as the story wound it's way along those dusty back country roads. Just when I thought I knew where the action was headed I found myself astonished at the twists and turns both subtle and epic. As the film builds to its realistic and brutal finale you find yourself taken to places you never thought you would go in a cheap little crime flick. As the closing scene fades to black OFM forces you to ruminate on issues that are integral to our American psyche. 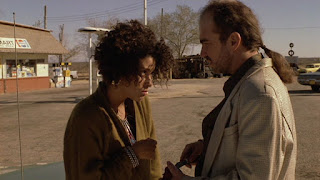 Whenever I sit in front of the computer to tell a story I'm always aiming for the high bar set by OFM. It's a classic depiction of rural crime that mines the same territory as films like Hell or High Water or Winter's Bone but with the added punch of confronting the four hundred year old elephant in the room of racial politics in a way that doesn't seem preachy or saccharine. Do yourself a favor and find this film. Sit back and sip on something that ain't water and enjoy this walk through the wild countryside. 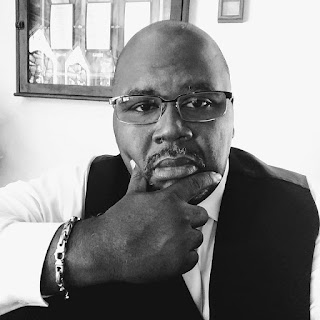 S.A.Cosby is a writer from southeastern Virginia. He has been published in numerous magazines and anthologies including Thuglit, Shakespeare Goes Punk and The Age of Rococco. His fantasy novel Brotherhood of the Blade was published by HCS Publishing. He recently completed his first full length crime novel My Darkest Prayer. Follow him on Twitter at @blacklionking73 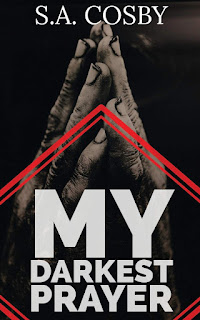 Hey - My Darkest Prayer is now available! get on that shit

Posted by jedidiah ayres at 6:47 AM