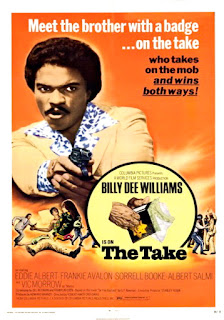 The Take 1974 - Robert Hartford-Davis - Billy Dee Williams stars in this adaptation of G.F. Newman's novel Sir, You Bastard (first of the Bastard titles, followed by You Nice Bastard and You Flash Bastard) about a bent cop named Terry Sneed who sees business opportunities when he's brought in to turn back a crime wave. Changing the character's race and moving the locale from England to New Mexico probably amplified the cynically fun possibilities. Think blaxsploitation Red Harvest/Yojimbo/Fist Full of Dollars with the handsome anit-hero taking on the the cops and the mob. Yes please. 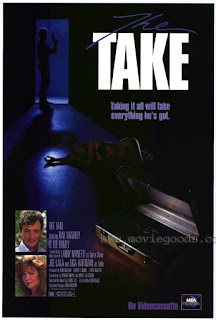 The Take 1990 - Leon Ichaso - TV adaptation of the Eugene Izzi novel about a ex-con, ex-dirty cop running afoul of the mob in Chicago. Fucking solid premise. Haven't seen it though. 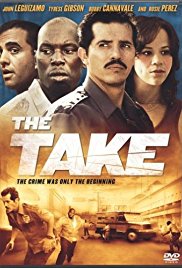 The Take 2007 - Brad Furman - The solid cast and a script from where'd-they-go? sibling film makers Joshua Pate and Jonas Pate, whose debut Deceiver tickled my fat fancy ten years earlier, drew me to this tale of an armored car driver injured during and suspected of engineering a heist who takes fate into his own hands when he sets out to find the thieves who wrecked his life, but man... I don't remember anything special here. Furman has since made The Lincoln Lawyer, Runner Runner and The Infiltrator and I can't decide how that makes me feel about revisiting this one for a fresh take - I certainly like his playground, but none have made any impression on me. 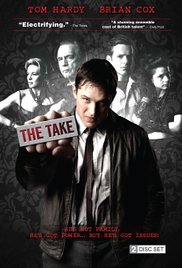 The Take 2009 - David Drury - This four-part television adaptation of Martina Cole's novel follows fresh outta prison Freddy (all-snarl and sneer Tom Hardy) on his violent ascent and subsequent fall from the top of the underground. Affairs of family, both blood and criminal, take center stage and every character loves and hates every other character with equal commitment leaving lines betwixt passion and savagery blurry at best. By the end everybody's been beaten, stabbed, screwed or shot by everybody else and if that doesn't sound like a recommendation you haven't been paying attention. Nasty fun. 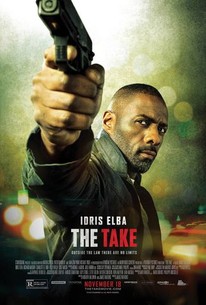 The Take (aka Bastille Day) 2016 - James Watkins - A weird mix of Samuel Fuller's Pickup on South Street and TV's 24, squeezed through the sensibilities of the Taken franchise and Olympus/London Has Fallen. I'm beginning to think Idris Elba may be the black Clive Owen - a performer whose on-screen presence I'm always happy to see, but whose projects rarely come close to deserving them. Head and shoulders above Taken and the ...Has Fallens, but dear Lord well short of the charisma on hand. Please, let's get Elba a good vehicle.
Posted by jedidiah ayres at 2:11 PM