The Gleeson For the Season

I watched a lot of Brendan Gleeson movies this week. But not enough. I don't think of myself as having a favorite actor, but some days... some days it's this guy. Fuck, he's good. Concentrated on crime flicks of course, which means he's playing gangsters and cops. I've included some links here so that you can play along at home. 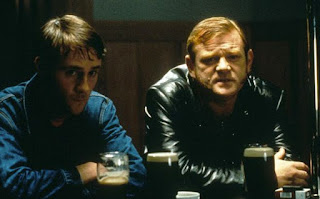 First up I was so happy to find Paddy Breathnach's  I Went Down was on Prime. It's a film I've wanted to see for twenty years and somehow always eluded me. Now I have. And you can too. You'd be a right cunt not to seize this opportunity to catch it.

Followed that up with Adam Smith's Trespass Against Us. At least my third viewing and it still broke my heart and jacked my pulse and made me laugh. I fucking love this movie. More crime movies with this kind of heart, please. Fuck me, it's beautiful. It's on Prime now if you haven't caught it yet. 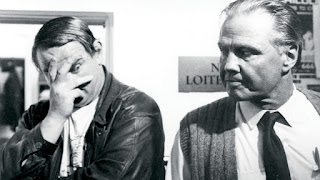 Only my second viewing of John Boorman's undersung The General about real criminal and folkhero Martin Cahill. It's so utterly charming and worth seeking out. Glad it beat Thaddeus O'Sullivan's Ordinary Decent Criminal with Kevin Spacey in the lead role (inspired by Cahill) into theaters by a few months as it's the clearly superior offering. Dudes, it's also on Prime. 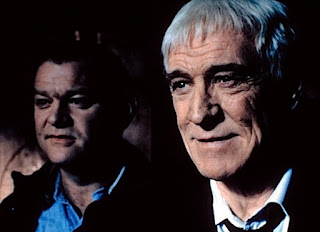 Another first time viewing was Gillies MacKinnon's Trojan Eddie featuring Gleeson in a supporting role as an enforcer for small time gangster, Richard Harris, whose son, Stephen Rea, is just out of prison and resisting his influence. Also on Prime. 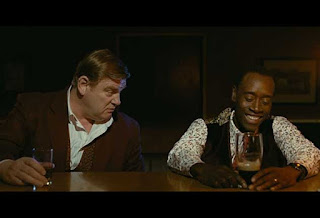 Didn't find John Michael McDonagh's The Guard on any major streaming service so I broke out my well-worn DVD for a fourth? Fifth? watch. I loved both McDonagh brothers' films last year, but was a little disturbed to realize neither had utilized Gleeson as they're so fond of doing.

John Michael McDonagh brought Gleeson back in his second feature, Calvary. This time, in an about-face on the gleefully compromised yet somehow uncorrupted copper of The Guard, Gleeson plays a good and straight-man priest trying to balance atoning for the church's sins with protecting his own life when it's threatened by a victim of sexual abuse from a priest. 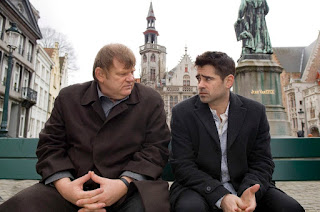 And JMM's brother, Martin McDonagh, has also used him twice. Most notably as the conflicted hitman enjoying his holiday, and suffering his pouty partner, Colin Farrell, in In Bruges (available on Netflix) 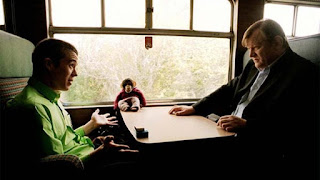 as well as in the wonderful short film, Six Shooter, which really distills both McDonagh brothers' essence nicely. Equal measures profane and profoundly sad with outrageous dialogue and of course Gleeson being the key ingredient holding it all together. It's on fookin YouTube. 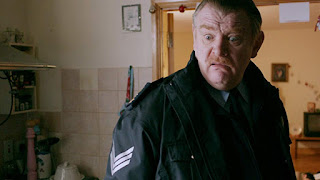 Another first time viewing and another short film this week: Noreen. Written and directed by Brendan's son Domhnall Gleeson and co-starring another son, Brian Gleeson. Father and son play police partners royally fucking up covering up their fuck up of a crime scene. Check it out on Prime or also on YouTube.

That does it for my week in Gleesonland. A magical place and a shithole.
Posted by jedidiah ayres at 7:53 AM