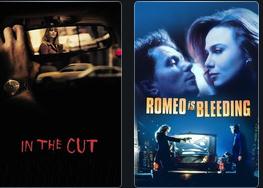 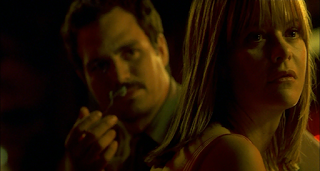 The first pick is Jane Campion's 2003 offering In the Cut. At the time Campion was a high-arthouse heroine known for international indie gems like An Angel at My Table, Sweetie and her breakthrough multiple Oscar nominated The Piano. It apparently raised the wrong eyebrows to see her slumming in sexy mystery thrillers, but in retrospect it was a move as inevitable as it appeared unlikely at the time. Campion is a film maker faithful to her obsessions which sex, sexuality and femininity are certainly among, and it is always illuminating and challenging to watch her engage with masculinity as an intrigued outsider the way her male counterparts have their curiosity tickled by feminine mystique since the beginning of art. 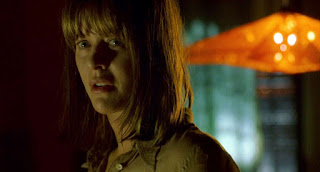 Despite Campion's bonafides in 2003 In the Cut was mostly known as the movie Meg Ryan gets naked in. Ryan had done darker, less adorable fare before (even been nude in Oliver Stone's The Doors, dangerous{?} in Annabel Jankel and Rocky Morton's remake of D.O.A. and holy shit I love, and love her in, Steve Kloves' Flesh & Bone - check that one out fer fuck's sake), but she was America's irrevocably wholesome sweetheart, cute as shit, but entering her unfuckable forties and ready to do demonstrate that she could and would do something (anything) else. Finally your blushingest boner's patience would be rewarded with the trashy sex thriller you'd been fantasizing about since When Harry Met Sally.

Only... what the hell is this? 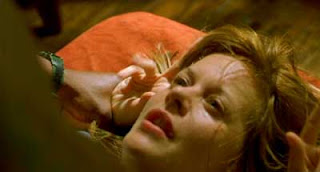 Sixteen years later I am getting off to this. 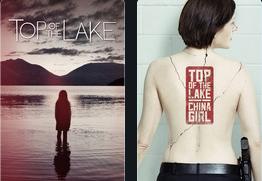 In the Cut, while never hated or outright dismissed, has steadily risen in my own estimation (yeah, I didn't really get it when it first came out) and taken a prominent seat at the table among Campion's other films as well as the genre's best offerings and I would suspect it's easier to see its not-out-of-placed-ness after two Top of the Lake mini-series further demonstrated her crime and thriller chops whilst cleaving steadfast to feminist themes and frank examinations of sexual politics and power. I love Campion and I really like and continue to be intrigued by In the Cut (also starring Mark Ruffalo, Kevin Bacon, Jennifer Jason Leigh - find it to rent or purchase on streaming services). 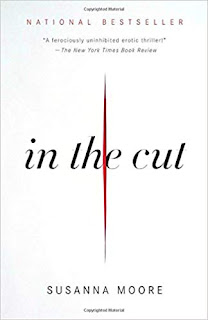 I was eager to see it again (I watch it every few years) after finally reading the source novel Susanna Moore's 1995 stunner of the same name. Reading the book it was easy to see Campion and Ryan's attraction to the material, though there was no way they were ever going to get studio funding for an entirely faithful adaptation, I'd like to think maybe someday there's an alternate ending cut blessed by the film makers that we'll get a chance to see.

My second pick for the episode doesn't flip any of the genre's tropes, but instead blazes through them like a freight train and blows them up to impossibly pulpy, brilliant heights. 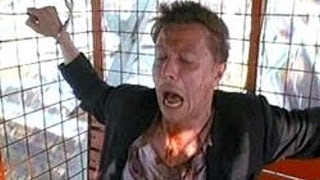 It is Peter Medak's 1993 rollercoaster to hell Romeo is Bleeding (now on Prime). 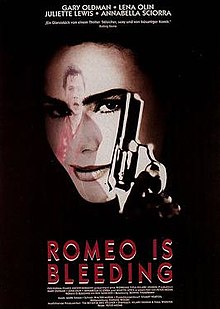 Gary Oldman plays a man on his own side of everything; as a badge in business with the mob and as a lover indulging every appetite and whim. The trio of women he chases are Annabella Sciorra his wife, Juliette Lewis his sex toy and Lena Olin his dangerous obsession. All three ladies are terrific (Lewis especially just breaks my heart - she and Jennifer Jason Leigh man... hell Melanie Griffith too - they do that not-very-smart, vulnerable, eager to please character injected with humanity and sometimes real ferocity so amazingly well they deserve their own category of film performance award), but it's Olin's femme fatale, a contract killer who gets off sexually at least as much from killing rooms full of gangsters and cops as she does from actually fucking Oldman, but maybe not as much as she does from fucking with his head, and when she's mutilated, she only gets sexier/deadlier. 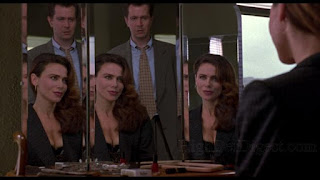 It's easy to see why people are content to dismiss Romeo is Bleeding, and I'm not here to tell you it's not trashy, but it is exquisite trash. Sumptuously shot and full of committed performances from a great cast peppered with amazing faces too: Roy Scheider, Michael Wincott, James Cromwell, Will Patton, Dennis Farina, Tony Sirico, Ron Perlman and Stephen Tobolowsky all pop up in small roles. Straight forwardly crooked and underhandely over the top, it's so much fun to watch Oldman see how close he can get to the flame before he's infernally fucked. No spoiler to say he's fucked. He starts fucked and he gets fucked and he's the willing architect of his own fucking. Fuck me, it's a favorite. 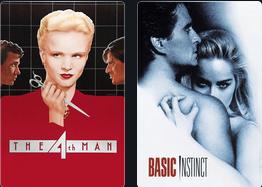 Erotic thrillers were generally on my mind as I'd recently rewatched Paul Verhoeven's Basic Instinct and The Fourth Man which make for a great double bill if you're interested. Both are about men (the genre's perpetual danger-penis Michael Douglas and Jeroen Krabbé) drawn to women they fear want to murder them for sport (Sharon Stone and Renée Soutendijk), both are about writers who exploit the human experiences of others for their art (Stone and Krabbé) and both explore that familiar noir territory of sexual thrills from flirting with death. They're fun on their own, they're fun in juxtaposition, go for it. 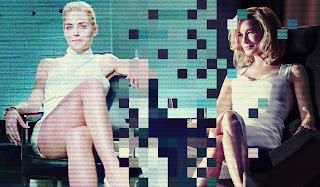 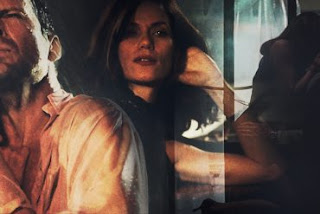 Hell they had one a month or so ago in their 1994-themed issue. Year of the Buffalo Girl  (covering the erotic thrillers of that year: Disclosure, Color of Night and The Last Seduction) is a hell of a good read from Travis Woods who covers so fucking many of my favorite films (usually at BWDR, but elsewhere as well) that I really don't need to write about movies myself ever again. (For serious: Bring Me the Head of Alfredo Garcia, You Were Never Really Here, Mandy, Inherent Vice, Miami Blues and William Friedkin's Sorcerer in the latest issue - go read that fucking guy).