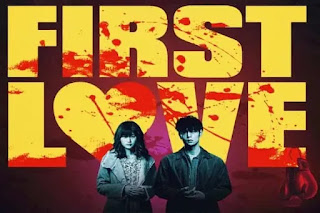 On the latest episode of the Do Some Damage podcast I'm excited for First Love the latest from prolific Japanese filmmaker Takashi Miike. If you can't get out to theaters for his bloody, romantic one-crazy-night comedy, I'm pleased to inform you that there's a lot of good stuff of his available on streaming platforms. 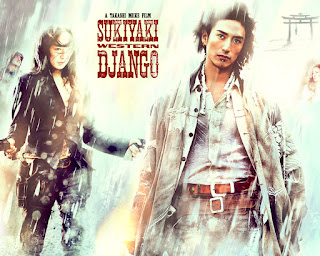 If you're not yet familiar with Miike he's made around a hundred features so something's bound to your thing especially if you like yakuza pictures, samurai flicks or just weird fucking gross-ass horror spectacles. Some of my favorites include 13 Samurai, Gozu, Dead or Alive, Blade of the Immortal and Ichi the Killer. But you can also see a western (eastern?) of his, Sukiyaki Western Django (on Prime and Tubi), or the musical Happiness of the Katakuris (on Prime) if that's more your thing. 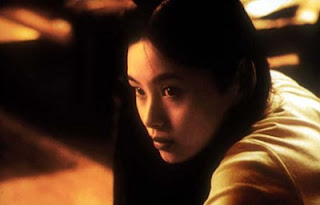 My favorite Miike movie is probably his best known: 1999's Audition. It's a slow burn of a creep-fest that teased out its simple premise to some disgusting-ass epic proportions with a remarkable degree of... 'restraint' doesn't seem like the appropriate term, but if you're familiar with his gonzo-energetic capabilities you might agree that it's almost that.

It's so sick and twisted and just fucking funny too it reminds me of Alfred Hitchcock at his hitch-cockiest. 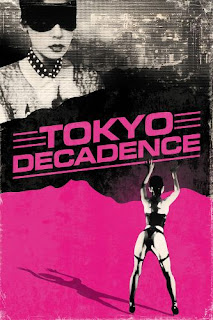 While it's a Miike-favorite, it's also an adaptation of a novel by Ryû Murakami. Murakami's work has been adapted into several films and television shows mostly in Japan and sometimes by his own directorial effort, but English-subtitled versions are not easily available for most of these. In fact 1992's Tokyo Decadence is the only other one I'd seen until a few weeks ago when I finally caught up with Nicolas Pesce's Piercing. 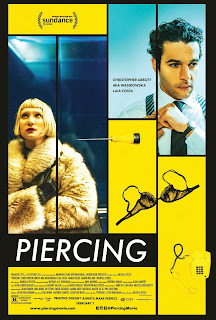 Piercing stars Christopher Abbott as a young father who cooks up a scheme with the help of his wife (Laia Costa) to murder a call girl in order to keep loved ones safe from what is apparently an overwhelming urge of his. Mia Wasikowska plays the intended victim and the film plays out mostly in the hotel room where the event is supposed to take place. 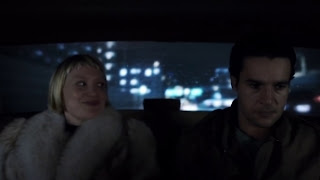 Piercing is a fucking sick movie played very effectively for laughs. My favorite guffaw-moments came during the montage of Abbott rehearsing the murder, dismemberment and disposal of evidence. The whole sequence is just him pantomiming to wonderful editing and sound design that ought to illicit gasps and giggles in more or less equal proportions. 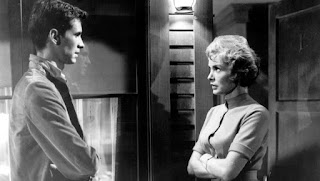 Of course nothing goes as planned and fans of Audition will find a lot of similarities and could probably guess they came from the same mind. Pesce's film is so stylishly crafted I'm going to have catch up with The Eyes of My Mother soon. Abbott's impressed me of late especially with his turns in Sweet Virginia and It Comes at Night and Wasikowska turns up in so many recent favorites I'm beginning to lose track. I heartily recommend checking her out in David Cronenberg's pitch-black comedy Maps to the Stars (now on Netflix).

You can also catch her in Park Chan-wook's only English language film to date, Stoker, which is kind of a gothic play on Hitchcock's Shadow of a Doubt.

Chris Holm ducked out of the latest episode, but William Boyle stepped in to talk music and Holly West, as always, takes on the TVs.
Posted by jedidiah ayres at 7:47 AM