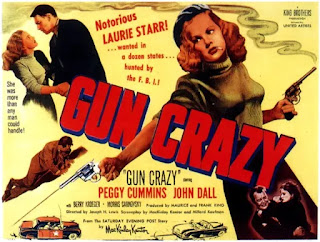 I saw Gun Crazy for the first time while I was working on my first novel, catching it in the middle of the night back when the only way to capture or replay broadcast movies was to be ready with a VCR and blank tape. The movie stood in my memory for a long time like a dream, which seems right for a dream-like film that became a touchstone for every movie about doomed lovers on the run. 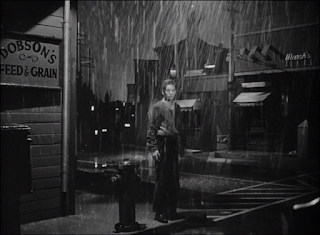 The movie starts with a sequence of a fifteen-year-old Russ Tamblyn as young Bart smashing a window on a rainy street to get at a display of pistols. There’s a trial and a weepy sister, then a jump forward to adult Bart coming back from the Army to reconnect with old pals who take him to a fair, and that’s where the movie really begins. Bart meets Laurie – she’s a carnival sharpshooter with a dreary, thuggish boyfriend – and things heat up fast. Their courtship is over in a few minutes: they blast away at each other in a shooting contest that’s about the closest we’ll get to consummation in a mainstream American film shot in 1949. 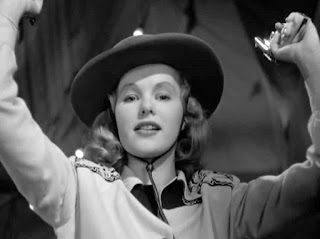 Gun Crazy was made by Joseph H. Lewis, who managed to get off only a couple of good films in a career mostly taken up with forgettable stuff like Retreat, Hell! and Blazing Six Shooters. The film veers between wooden set-ups and sequences of real heat and intensity, mostly due to the strong current of unhinged devotion portrayed by stars Peggy Cummins and John Dall as Laurie and Bart. Annie “wants things, big things,” and Bart wants her, so despite his reluctance to hurt anyone, they hit the outlaw trail. 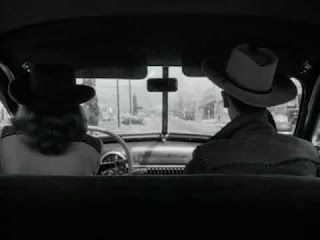 There are a few standout sequences, including a three and a half minute continuously shot sequence of a bank robbery, filmed from inside a car on the street in Montrose, California. The frantic, edgy tone is amped by improvised dialogue and the genuine, startled reactions of onlookers who had no idea a movie was being filmed and thought they were witnessing a crime in progress. The robbery of an Armour plant is similarly exciting, building in tension as it spirals away from Bart’s meticulous plan into running, shooting, squealing tires and blaring alarms. According to IMDB, an 85-year-old reformed train robber named Al J. Jennings was an uncredited technical advisor on the armed robbery sequences.

Lewis (and the screenwriter, blacklisted Dalton Trumbo writing behind a front) never offer any answers about why the lovers are caught up in their mania for guns and violence. The closest we get to motivation for Laurie’s mean streak is her declaration that she’s been kicked around her whole life, “and from now on, I'm gonna start kicking back.” Paul Schrader wrote in an essay about Lewis, “There are no excuses given for the gun craziness – it is just crazy.” 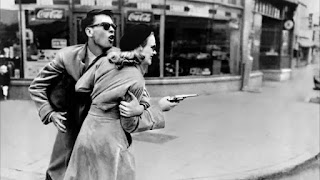 The film seems to become better and better as the pair get more desperate and quicker to shoot and run. My favorite image of the film (I’ve been threatening to get it done as a tattoo for years) is the two running out of a bank in long coats and wearing what look like matching Ray-Bans. Hot-headed Laurie turns to fire on the manager as he pursues them into the street and Bart tries to restrain her as she snarls and jerks in his grip. In that moment they’re pure, unconscious glamour. Schrader gets it right: “In no film has the American mania for youth, action, sex and crime been so immediately portrayed.” 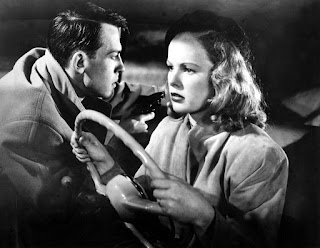 John Dall had already been in Hitchcock’s Rope and his first role was as a promising student in a small Welsh mining town, whose future is almost derailed when he gets a local girl pregnant in The Corn is Green. Lead Bette Davis allegedly tried to get Dall replaced because she thought he was too effeminate to play a randy Welsh teenager. The rest of his career was mostly forgettable, with the exception of a turn in Spartacus. 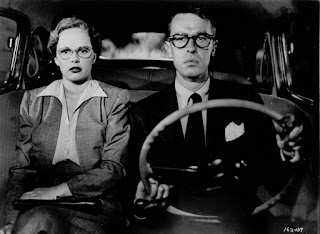 Peggy Cummins moved back to London where she lived a comfortable life making romantic comedies. She also starred as the female lead in another cult favorite, Night of the Demon, based on M.R. James wonderfully creepy Casting the Runes. She died at 92, having lived long enough to see Gun Crazy move from cult film loved by crime film fanatics to recognition from AFI and the National Film Registry, finally getting the respect it deserved. 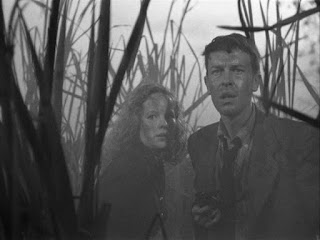 Largely ignored at the time of its release, it was finally acknowledged as a touchstone for the French New Wave and films like Bonnie and Clyde. For me it also foreshadows Badlands, Natural Born Killers, and True Romance. There were other films before Gun Crazy based on the short lives of Bonnie and Clyde, but none have its immediate, fever-dream quality. Richard T Jameson wrote about getting a contact high from the movie and that seems right. 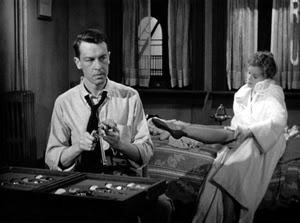 Most films with similar set-ups have their lovers caught up in circumstances beyond their control in which they’re misunderstood or unfairly maligned. Near the end, Bart reads a story revealing that Laurie actually shot to death two people she had claimed only to scare with her gun. “Two people dead. Just so we can live without working!” Annie doesn’t bite. Looking like a kid who’d rather be excused to the beach than listen to another lecture, she gives him a sidelong look, twists her gaudy ring and says, “Well?” 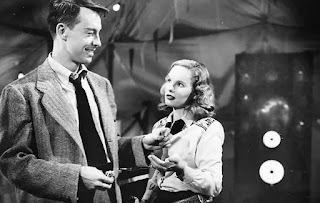 Lewis claimed his direction to the pair was simple: “I told John, "Your cock's never been so hard," and I told Peggy, "You're a female dog in heat, and you want him. But don't let him have it in a hurry. Keep him waiting." That's exactly how I talked to them and I turned them loose.” Their chemistry is the engine of the film, the one thing that always seems absolutely real, and over the course of the movie, it feels as if Lewis frames the two in closer and closer proximity as their world dwindles to accommodate only the desperate pair. At the finish, exhausted, harried and surrounded, reduced to their most feral selves, they face their end clinging to each other in a swamp. Bart dies calling for his love, but Annie, tougher and harder, goes out snarling, “I’ll kill you!” In the history of movies about the violent and doomed, it’s hard to think of her equal. 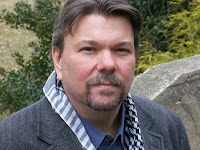 Dennis Tafoya is the author of Poor Boys Game, The Wolves of Fairmount Park and Dope Thief. They fuck. Find him at his website and follow him on Twitter @DennisTafoya.
Posted by jedidiah ayres at 4:54 AM