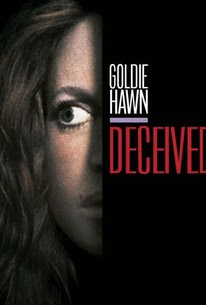 Bodies searching, caressing in the dark – the images of sex that the mind conjures up right from the start of the 1991 Touchstone thriller Deceived are quickly replaced by thoughts of death when a sea of black umbrellas fill the screen. Soon, Unforgiven cinematographer Jack N. Green's camera pulls back to inform us that we're not on cemetery grounds during a funeral however, but a busy New York City street instead.

In a stark contrast to the darkness of the umbrellas against the rainy night sky, a shock of red forces our eyes to the right where Adrienne – our heroine played by Goldie Hawn – appears, bundled up in an elegant red dress coat. 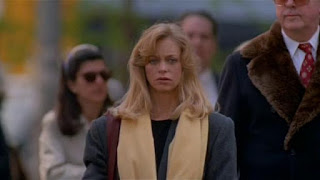 Walking with purpose in a way that makes us eager to fall in step alongside her, Adrienne pushes past our thoughts of sex and death like a determined little red riding hood. Making her way through the maze of nameless strangers who match the background with their dark attire, she leaves them all behind as she enters the light of an upscale restaurant. She sheds her protective red coat and waits for a blind date, unsure whether the man she's supposed to meet – the man who never arrives – will be the big bad wolf or the love of her life.

Taking a seat, Adrienne catches sight of Jack Saunders (John Heard), an attractive well-dressed man dining alone nearby. And once the two spot one another, they spend the evening playing peek-a-boo with their eyes. Leaning back in her seat behind a nearby diner after another shared glance, Adrienne decides it's time to stop hiding and takes the initiative to seek. Too shy to make the long, lonely walk across the short distance for potential romantic rejection, she sends a server over to ask Jack if he's her mysterious blind date. 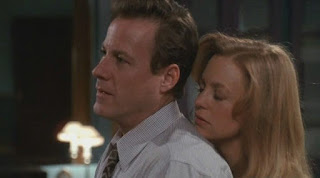 The hook set, even though he wasn't the man she was supposed to meet that night, fate (or something far more sinister) intervenes when Heard's curator of antiquities stops by her workplace to drop off an amphora in need of repair. Realizing, as he says, that the reason she'd looked so familiar was because he'd been there the year before, the two strangers refuse to let a third chance to connect pass them by. Fueled by flirtatious adrenaline, they stay up all night talking in one of those great, spontaneous marathon dates you just know they'll tell their kids about someday.

What are you doing tonight? Jack asks the next morning and then repeats the premise of the question twice. Trying to lock down Adrienne's future, with each repetition he replaces the last word, first with tomorrow night before he follows it up by asking what she's doing for the rest of her life. 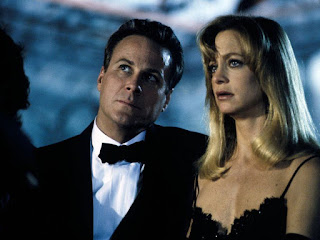 Jumping ahead to the fifth birthday of their daughter Mary (Ashley Peldon), the film paints a safe, succinct picture of the now married couple's domestic bliss before it starts to poke holes in the family's photo-ready facade. After a beloved coworker of Adrienne's is found murdered and she finds the body – which was staged to look like a suicide – Deceived starts to pay off on the fairy tale director Damian Harris alluded to in its memorable opening sequence.

Crimes stacking up like dominoes, when the police learn that a priceless Egyptian necklace in the museum's collection was a fake, the aftermath ensnares both Adrienne's flirtatious co-worker Harvey (an outstanding Tom Irwin), who authenticated the piece he swears was real, as well as Jack who bought the item in the first place. 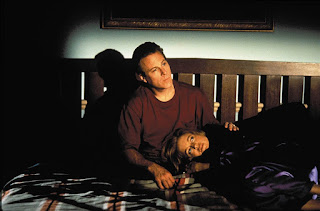 Trying to chalk up Jack's odd behavior to stress, Adrienne is forced to face facts once she finds a mysterious business card in one of her husband's suit pockets and discovers he was not out of town on business as he claimed but downtown at a hotel and lingerie shop. Initially fearing her man is unfaithful, once more secrets, lies, and crimes come tumbling out, our little red riding hood begins to wonder if Jack is the love of her life after all, or the big bad wolf in yuppie clothing. 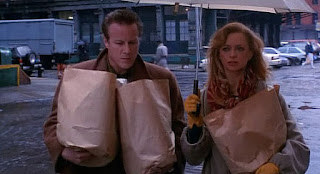 As the body count increases and Adrienne sees her husband's face linked to a completely different name, Deceived borrows another fairy tale adage – from Goldilocks this time – as Adrienne vows to discover just who has been sleeping in her bed.

How well can we really know someone else? And how much does love make us project our own feelings about our lover onto them to the point that it blinds us to the truth? Written by Beaches screenwriter Mary Agnes Donoghue (who also co-produced) to focus on those questions as a sophisticated domestic thriller, soon after Touchstone picked up Deceived, Ghost and Jacob's Ladder scripter Bruce Joel Rubin was hired to rewrite it as more of a popcorn picture. And though you can still see Donoghue's intentions in the film's fascinating build up, the end result of the stylistic push and pull winds up requiring a serious level of suspension of disbelief from viewers as it continues. 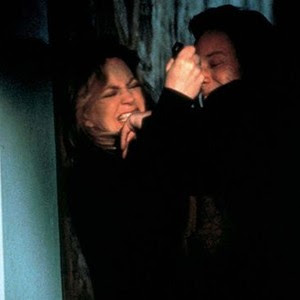 Cashing in a little too often on '90s thriller tropes like jump scares, illogical twists, fake deaths and – my personal favorite – scenes where a character pretends to be sleeping but opens their eyes at the last possible moment, while Deceived devolves into an over-the-top third act confrontation that nearly derails the picture, it's still a seriously fun work overall.

As icily controlled as it is charismatic, the film benefits from casting its leads against type. A far cry from his nice guy image – most famously as the father in Home Alone – Deceived is elevated by John Heard's fully committed, sinister turn opposite a fine Goldie Hawn who was eager to show her dramatic range outside her typically comedic terrain. Heard is so convincing, in fact, that every time Jack enters the frame in the last half of this forgotten thriller from Bad Company director Damian Harris, I half expected Grace Kelly's coolly calculated husband from Dial M For Murder (played by the great Ray Milland) to walk in alongside him. 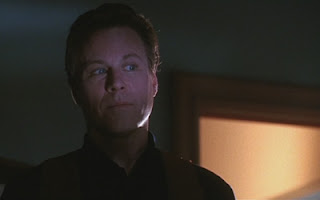 Filled with symbolism and clever moments where we're forced to ask if – like the opening images of sex and death – we can believe what it is that we're seeing, although the unfairly maligned film requires you to leave pesky things like logic behind as it races to its darkly lit finish, it's richly deserving of a second look. 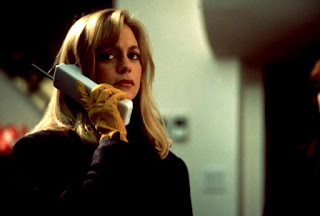 Piecing together Deceived's intriguing puzzle, she moves from bashful dater to wife to Goldilocks to avenging Nancy Drew. And thrillingly, unlike the beginning of the film when our little red coated heroine came in from the dark to locate a man in the light, by the time she's been deceived, all she wants to do is find the wolf who used to caress her in the darkness and bring his big bad deeds to light. 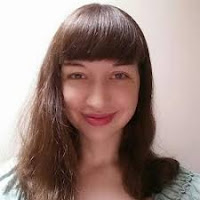 A walking movie encyclopedia as well as a three-time national award-winning writer, the only time that Jen Johans ever got into trouble in school as a child was for talking about movies during quiet time. Discovering that writing about film works just as well, when she isn't doing just that on her site FilmIntuition, she can be found watching movies and talking about them on Twitter (@FilmIntuition) where there's where there's no such thing as quiet time.
Posted by jedidiah ayres at 5:51 AM