My Felonious Valentine: John Weagly on The Romance of Witty Banter 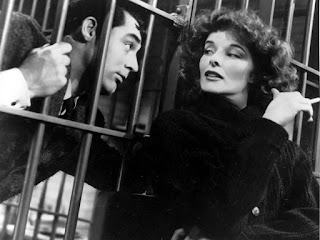 I find a good conversation romantic.

A connection.  Like one mind split into two.  A verbal ping pong game, an electric exchange of words and ideas, the lunge-parry-thrust of rapier wit.  The charm and familiarity of having the perfect thing to say at the perfect time, and having your partner respond in kind. 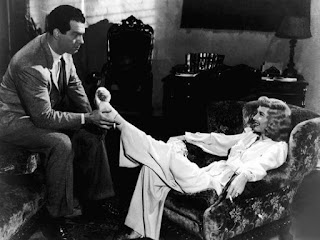 Like the first meeting of Walter Neff and Phyllis Dietrichson in Double Indemnity (1944).

Like the reunion of Harry Lockhart and Harmony Faith Lane in Kiss Kiss Bang Bang (2005). 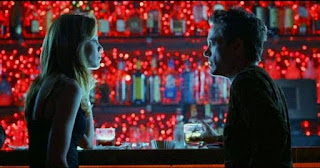 Harmony : You think I'm amazing. You do. Cause that's who I told you I'd be. That was the game plan.
Harry : Yeah, well, you know what, it worked.
Harmony : You know what? No one else thinks so.
Harry : What, my opinion doesn't count?
Harmony : Actually, no it doesn't. Cause you're new here. If you just look around, there's younger and there's better.
Harry : I don't want younger and better, I want you!

Like casual drinks-for-dinner double-entendres between Philip Marlowe and Vivian Rutledge in The Big Sleep (1946). 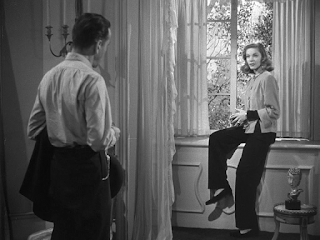 Vivian: Tell me: What do you usually do when you're not working?
Marlowe: Oh, play the horses, fool around.
Vivian: No women?
Marlowe: I'm generally working on something most of the time.
Vivian: Could that be stretched to include me?
Marlowe: Well I like you. I've told you that before.
Vivian: I like hearing you say it. But you didn't do much about it.
Marlowe: Well, neither did you.
Vivian: Well, speaking of horses, I like to play them myself. But I like to see them work out a little first, see if they're front-runners or come from behind, find out what their hole-card is. What makes them run.
Marlowe: Find out mine?
Vivian: I think so.
Marlowe: Go ahead.
Vivian: I'd say you don't like to be rated. You like to get out in front, open up a lead, take a little breather in the backstretch, and then come home free.
Marlowe: You don't like to be rated yourself.
Vivian: I haven't met anyone yet that can do it. Any suggestions?
Marlowe: Well, I can't tell till I've seen you over a distance of ground. You've got a touch of class, but, uh...I don't know how - how far you can go.
Vivian: A lot depends on who's in the saddle. Go ahead Marlowe, I like the way you work. In case you don't know it, you're doing all right.
Marlowe: There's one thing I can't figure out.
Vivian: What makes me run?
Marlowe: Uh-huh.
Vivian: I'll give you a little hint. Sugar won't work. It's been tried.

Wouldn’t exchanges like this in real life be wonderful?  Picture-perfect conversations, impeccable debates, flawless dialogues.  Of course, we can’t all have our witty repartee written by Billy Wilder, Raymond Chandler, Leigh Brackett, William Faulkner or Shane Black. So, instead, we end up tongue-tied, stumbling over our own thoughts while our heart screams “This might be the one!”

Of course, in crime films, some of these liaisons turn out to be more fatal than fairy tale.  But, like with all good relationships, it was fun while it lasted. 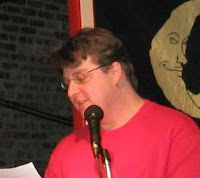 Once upon a time, Locus Magazine called John Weagly “a new writer worth reading and following.”  His short stories have been nominated for the Derringer Award multiple times, winning one in 2008, and various other accolades.  As a playwright, nearly 100 his scripts have received over 150 productions on four continents and have been featured in the curriculum at Columbia College. Keep up with him at his website and follow him on Twitter @JohnWeagly
Posted by jedidiah ayres at 6:21 AM