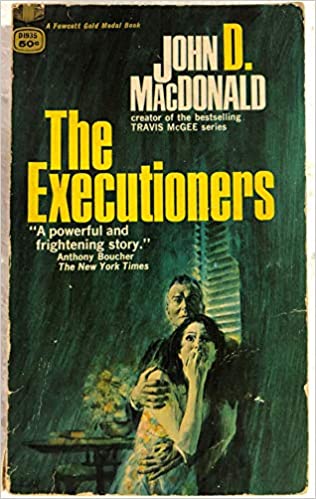 Been reading books that were the basis of films I already enjoy lately.

The Executioners by John D. MacDonald, basis of the films Cape Fear by J. Lee Thompson (1962) and Martin Scorsese (1991). I think I've mentioned here that MacDonald's best known creation, long-running series detective Travis McGee, wasn't so much for me upon sampling a single title. However, I was knocked sideways by his stand alone hard boiled novel Soft Touch and wanted to give more of his stand alones a go. The Executioners didn't do to me what Soft Touch did, but I found it engaging and easily readable. In the end I think Robert De Niro's Max Cady is going to be the most memorable piece from the various ways I've consumed the story. The go-big performance is a lot of fun. 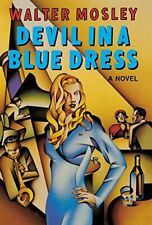 Devil in a Blue Dress by Walter Mosley, basis of Carl Franklin's 1995 film of the same name. Every time I watch the movie it gets better and that includes after reading the book which is great and deserves all the attention it gets. All the genre fun you want from a period detective novel tempered by the weight of recent history and a voice that knows what's to come.

Ride the Pink Horse by Dorothy B. Hughes, basis of the Robert Montgomery's 1947 film of the same name. My first Hughes will not be my last. I was surprised how much darker and nastier the book was compared to Montgomery's film which I already liked for its healthy cynical attitude toward the law, the wealthy and the ruling class (the film does have an optimistic turn at the end not featured in the book). Montgomery's protagonist Lucky is hardbitten, but bears less resemblance to the book's Sailor than I'd have guessed. Hughes spares no one and I like that.

Money Men by Gerald Petievich, basis of James B. Harris' film Boiling Point (1993). I'm a big fan of the under-appreciated film with its low-key approach and high production value cast and I was pleased to find its fidelity to the source material was a great decision. No fireworks here just a memorable cast of fuckups and bullshit artists on both sides of the badge - recommended for fans of George V. Higgins or Elmore Leonard. 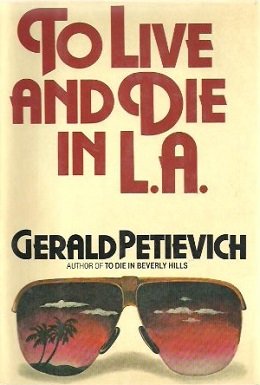 To Live & Die in L.A. by Gerald Petievich, basis of William Friedkin's 1985 film of the same name. Read this one and Petievich's Money Men in close succession and found the books to be far more similar beasts than the films. Friedkin's movie is balls to the wall action and frenetic editing and pulse-pounding soundtrack while the book is slightly more laid back in the telling - most of the action takes place off the page and is related in conversations. The ending is different too. Man, the movie's is an all-timer, but the book's got a hell of a different punch in the gut. 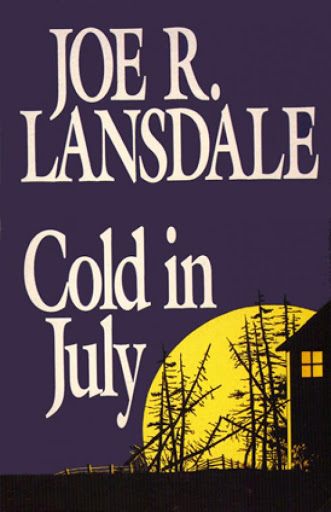 Cold in July by Joe R. Lansdale, basis of Jim Mickle's 2014 film of the same name. Having seen Mickle's movie first I'm biased toward the pacing and structure - I admire the way the film has strong beats that keep changing the genre at a steady clip and yeah, the story's pretty much the same in the book, but the beats aren't quite on the same pace. What the book's got more of is Lansdalian patter - more Jim Bob saying wryly outrageous stuff and all. Both are very worthwhile. 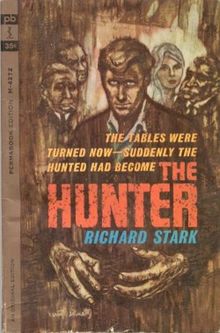 The Hunter by Richard Stark, basis of John Boorman's 1967 film Point Blank and Brian Helgeland's 1999 film Payback. Love both Boorman's uber-stylized impressionistic Lee Marvin vehicle and Helgeland's straight-forward hardboiled take (and the harder-boiled cut Payback: Straight Up) on Donald Westlake's professional criminal Parker. The impossibly cool-headed and colder-blooded has had many onscreen versions that readers of the books seem to relish being endlessly disappointed by, but honestly I've not hated any of the movies I've seen (okay, Godard's Made in U.S.A. didn't do much for me and I still haven't caught Peter Coyote in Slayground, but I understand it's finally got a blu-ray release). I've even read a handful of the source novels, but I'd not gotten around to the original since I'd seen the adaptations and even read Darwyn Cooke's super graphic novel version and I was surprised at how much there was to still be surprised by. It's fucking wonderful.

Rush by Kim Wozencraft, basis of Lili Fini Zanuck's 1991 film of the same name. I wasn't a big fan of the movie - thought I should be with all the elements there; cast includes Jennifer Jason Leigh, Jason Patric, Gregg Allman, Sam Elliot, William Sadler and Max Perlich and a script by Pete Dexter, but it didn't quite ring my bell. Man am I glad I read the book - it's terrific. It also changed the way I looked at the film, so I gave it another go after finishing the novel and what do you know, it's a lot better than I initially thought. Think my problem was coming at the material as an undercover cop thriller instead of as a drama about fucking doomed people. Book still packs a much bigger emotional punch than the movie, but the film's better than I gave it credit for.

The Anderson Tapes by Lawrence Sanders, basis of Sidney Lumet's 1971 film of the same name. The film is a bit of a curiosity - a heist picture with a surveillance state angle that felt a little tacked on and a grating Quincy Jones score full of a-tonal electronic bleeps and bloops with a splish or a wizz thrown in now and again to disorient and make the point that this brave new world of electronic tattling is really wild, man. Turns out the book is an epistolary novel entirely made up of snippets of surveillance recordings and interviews with the survivors and witnesses and in the book the surveillance stuff works cohesively in a way that it doesn't quite in the film. The book also drove home what was probably a draw for Sean Connery - the idea that organized crime was so close to 'legitimate' business anymore that a throwback outsized man with a plan caper seemed like a romantic gesture that would re-instill an appropriate level of fear/respect for the villains succeed or fail. Also, the book's got a lot more sexual politics and humor between the lines than the movie. I know some folks bristle at Martin Balsam's flamboyant performance in the movie and some of Connery's dialogue, but I think reading the book made them better - plus the movie didn't have Connery enjoying Dyan Cannon sodomizing him with an unknown object. 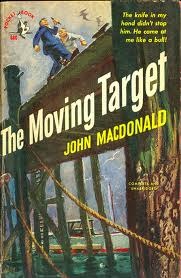 The Moving Target by Ross Macdonald, basis of Jack Smight's Harper (1966). My second go at an Archer novel. Can't remember which one I read first, but it didn't make an impression. I'm a big fan of the movies and I remember thinking that Paul Newman's Lew Harper felt different than Lew in the books, but the difference could very well be the me that's reading Macdonald's work now vs. fifteen years ago or the books themselves, but I liked Archer and The Moving Target just fine this time. P.I. stuff isn't my absolute favorite subgenre of crime novel, but I get people's affection for the series now.

Report to the Commissioner by James Mills, basis of Milton Katselas' 1975 film of the same name. Another epistolary novel, but much less stilted than some of the bits in The Anderson Tapes. This one relied more heavily on interviews than surveillance tapes, so it felt closer to a George V. Higgins-esque anecdotal telling of a tale than a dry fly on the wall style telling. Amazing how close Yaphet Kotto in the movie got to walking straight off the pages of the book. I really love the movie though, I think I'd recommend it first. 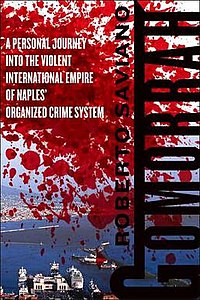 Gomorrah by Robert Saviano, basis of Matteo Garrone's 2008 film of the same name. Hugely ambitious true crime portrait of the Camorra criminal organization's operations and global impact that made me appreciate the film even more in its multi-focal approach and reductive selection.
Posted by jedidiah ayres at 7:46 PM

Dorothy Hughes is awesome; so is The Anderson Tapes (movie). Gonna try both Lansdale and Rush— the books. Enjoy your blog a lot!

thanks - what's your favorite Hughes?