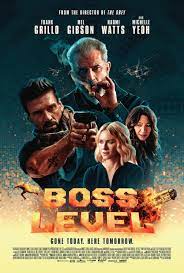 Boss Level - Joe Carnahan - Time-loop scenario mixed with video game sensibility (I mean, hey, that title). Unfortunately it's all stuff we've seen before in other time loop and video game movies. This is no Groundhog Day, nor is it the Crank movies or The Raid, or Dredd even, but it is Carnahan trying hard to remember what people liked about earlier films and getting there once in a while. Frank Grillo has pretty much worn through the carpet in his well-staked-out performance comfort zone and his hair and abdomen muscles do all the work. Mel Gibson doesn't have any reason to be here and I just felt bad for Naomi Watts. This one makes Stretch look like a classic, but... I did like Stretch. This one's just okay. 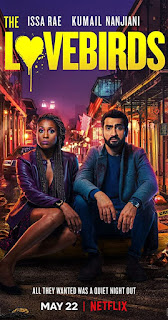 Lovebirds - Michael Showalter - Kumail Nanjiani and Issa Rae are the couple in the middle of breaking up on their way to a social engagement when they get involved in a hit and run that turns into murder and suddenly they're wanted for said murder and on the run from all kinds of scary people while they try to track down a vital bit of evidence that will... whatever. The chemistry that the leads have is all you need to make this kinda thing work. And I thought it worked great. Between this one and Stuber, Nanjiani's building a nice collection of crime comedies. 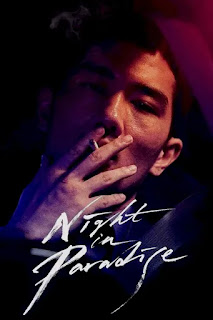 A Night in Paradise - Park Hoon-jung - Uhm Tae-goo is a gangster doing gangster shit, but he's also got a sister and a niece and interacting with them early on gives the viewer such a warm and attractive view of his humanity that it pays off in the second half of the extremely double-crossy, plot-wonky story. That bit tho - so good with the stabbing and chopping and seriously gnarly knife shit that once I lost grip on the why I was able to hold onto the who and remember how I felt about Tae-goo because he's got serious star-power. 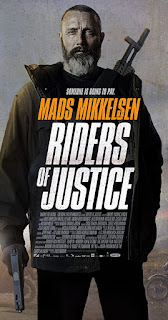 Riders of Justice - Anders Thomas Jensen - Mads Mikkelson is a Danish soldier who seems to spend more time in foreign wars than at home with his family. When his wife is killed in a subway tragedy he returns home to be with his teenaged daughter and finds himself woefully unequipped to deal with anything other than through violent means. When a statistician who was also on the train approaches him and explains his reasons for believing that his wife was not killed in an accident, but was collateral damage in the assassination of a gangster by his former colleagues the eponymous motorcycle gang, his life is given meaning and he and an unlikely crew of nerds set about dismantling the criminal organization with extreme prejudice. The nerds move into his country house posing as therapists from the state helping father and daughter work through their trauma. Yes, it's silly. It's a comedy. Yeah, it's bloody. It's a revenge thriller. I think it was Sean Burns who said it felt like a Danish Shane Black movie and I can see where he got that. It even takes place at Christmas. 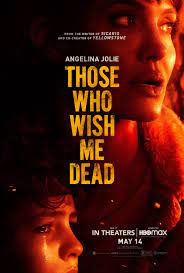 Those Who Wish Me Dead - Taylor Sheridan - Based on a novel by Michael Koryta. Anegelina Jolie is good to watch back in action and generally I'm a fan of most of the cast (Aidan Gillen, Jon Bernthal, Nicholas Hoult, Tyler Perry, Tory Kittles). That kid tho - oof - and his dad - double oof - and the CGI forest fire - whoof - and if I did star rating systems I'd knock a half star off for that end titles closing song alone - woof. Started promising, but ended really depressingly poor. 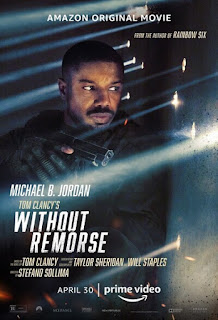 Without Remorse - Stefano Sollima - Based on the novel by Tom Clancy. Man, Sollima hasn't missed yet for me. I know a lot of you weren't fans of Sicario: Day of the Soldado (also written by Taylor Sheridan), but I fuckin loved that shit because it completely stripped away any sense of good guys and bad guys and while that meant it also took emotional support for its main characters it freed them up to behave in wildly entertaining and awful (and most of all surprising) ways. With these two US intelligence/armed forces mash-up trainwrecks of foreign policy thrillers he's made movies about people operating within corrupt and evil systems learning that they're on their own and not on any side, let alone that of the angels. Of course changing Clancy's Clark character to a Michael B. Jordan (previously Willem Dafoe and Liev Schreiber) makes a big difference in the way 21st century audiences take it when he's betrayed by the powers he's put himself in the hands and at the disposal of. Mostly though, just terrific adventure and action set pieces - rescue missions, prison breaks, fucking badass assassinations and last-stand shootouts keep this thing rolling along and easy to watch and root for sequels. 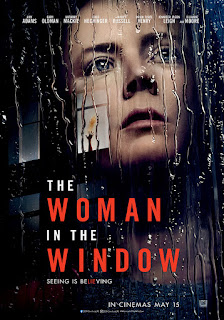 The Woman in the Window - Joe Wright - Man, fuck that guy who wrote the book. Yeah, I read the article and he's a creep, but sure I'll watch a movie (film was already in the works when that article came out if that makes a difference to you). Yes, it's a tawdry affair, but y'know... mostly enjoyable for what it was - a 90s-ish psychological thriller. C-grade De Pama is both a fair description and also not a detractor for me. If you're going to rip off artists, rip off good ones. Keep it watchable. This was watchable and definitely not Oscar bait. 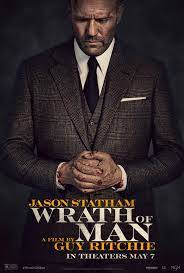 Wrath of Man - Guy Ritchie - Based on the film Cash Truck directed by Nicolas Boukhrief and written by Boukhrief & Éric Besnard. Ritchie re-teaming with Jason Statham on a crime film was more than enough to get me in the door, but I gotta say I wouldn't have known it was a Ritchie film had I not seen the advertising. Yeah a lot of his signature is in there - comically over the tox masculinity. Ball breaking is the only way these guys communicate. And the action is cleanly staged and good to look at, but jeez, it's set in Los Angeles not London and there's no slo-mo-go-mo stuff and the pop song needle drops are kept to a minimum in favor of a (pretty good) original score. How am I to know this is Guy Ritchie? Maybe the biggest tipoff is how convoluted the grand clusterfuck actually is. Con. Vo. Lu. Ted. But it's kept fun and it gets darker and nastier (read: less overtly comic) than his previous caper films. Love to see more like this though. Fine, do another Disney movie, then please get to more hard-R crime shits, thanks.
Posted by jedidiah ayres at 8:55 PM