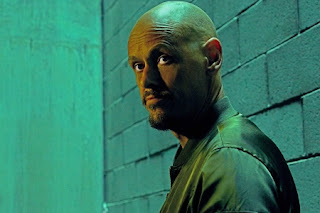 For the first time since... the third season of Fargo, I'm watching an episodic television show week to week with the rest of the world. Big thanks to Dennis Tafoya for telling me about Mr. Inbetween, the Australian crime drama now in its third season on F/X (all seasons available on Hulu). The name he gave me to pique my interest was director Nash Edgerton's (The Square), but it's writer/star Scott Ryan's creation, (developed from, improved and expanded upon his sole feature film as a writer/director/star, 2005's The Magician).

Ryan plays Ray, a professional criminal whose jobs often come through Damon Herriman's Freddy who manages the strip club Ray provides security for - a sturdy frame to comfortably hold a myriad of criminal activities, and Ray does it all; armed robbery, debt collection, murder for hire, even the odd private detective gig (missing person, protection).

But it's only half hardcore crime action, it's also an affecting family drama as Ray, a divorced man in his forties co-parents his daughter, takes care of a disabled brother and pursues a serious romantic relationship. Ray's even in therapy for anger-management which he reluctantly participates in (court-ordered to avoid jail time for assault).

I know, I know it sounds like the recipe for a dozen other crime dramas, but Ryan and Edgerton have locked down their take on the material in a handful of important ways that make it a pretty special character study.

The criminality is so gratifying. This is pretty much exactly the type of crime I'm most interested in - professional, but not organized (not family-related, cartel-inclusive, mafioso-style stuff anyway). It's workaday and street-level and there's a variety of shit to dig.

The violence is gnarly. It's also dispassionate. A lot of what makes the character memorable and the show really pop is the way  that violence is handled - mostly as part of a job and impersonal. This works sometimes for laughs and other times for real chills, but never in a stylish and slow motion-y cool way. 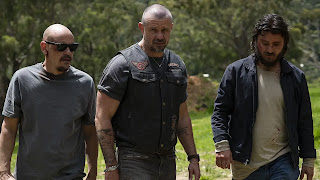 Also always happy to see Matt Nable show up in this kinda thing. Get that guy more work like this. Hell, put him out front of his own hardboiled crime vehicle. 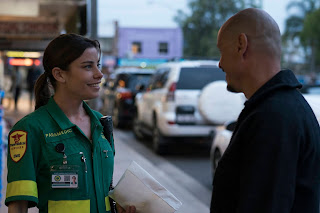 I appreciate the way the show sidesteps the obstacles that most shows with similar ingredients get tangled up in.

The family stuff is key and affecting, but not too syrupy or overwrought. Yeah, there's a lot of familiar territory covered, but whether breezy or harsh the show does not hang around and get bogged down. You get a chuckle, a wince or a gut punch and then you're on to the next thing mighty quick.

Same with the therapy. It was a pretty great way in to Tony's character, but as much as I appreciate Lorraine Bracco, Dr. Melfi outlived her usefulness to The Sopranos 's pretty early. Blue-TongueFilms partner David Michôd appears as the therapist saddled with Ray and he plays it straight and low-key, mostly used as the straight man for bleak reveals about Ray's character - anyway, he's there and it's like, 'cool, it's David Michôd!' and then he's gone and we're not trapped in therapy with them.

Similarly Ray's love interest (Brooke Satchwell's) Ally is allowed to go from strong instinctual attraction and infatuation into serious life choices territory with a speed and lightness of touch rarely afforded the characters who love our crime fiction anit-heroes.

Each of these elements give me pause, but they give me pleasure in greater measure.

Latch on the affirmative - 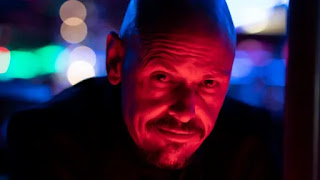 The show is able to quickly cover so much ground because it's not designed to last. We're approaching the halfway mark on the third and final season in real time and it is my not unreasonable hope that we're left with potent finale to grace this impressionistic gem of a crime show. 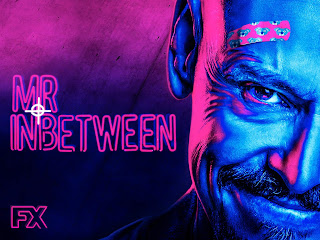 Posted by jedidiah ayres at 1:53 PM