Things That Are Good Lately 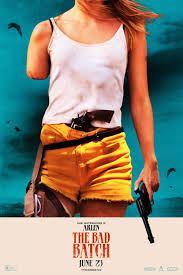 The Bad Batch on Netflix - Director Ana Lily Amirpour's debut A Girl Walks Home Alone at Night was a fever dream feature length music video without a song (a genre I can certainly love - Nicolas Winding Refn's Valhalla Rising or Jim Jarmusch's Dead Man qualify) - so I was interested in her next project, but still unprepared for how hard I'd fall for her post-apocalyptic cannibalism revenge western. Like its predecessor The Bad Batch is pure style, but it's also got unexpected moments of emotional resonance. Suki Waterhouse is an outland wanderer falling victim to, coming to the aid of or exploring the kingdoms erected by Jason Momoa, Keanu Reeves and Jayda Fink. Along the way our road warrior encounters more human detritus including Jim Carrey giving his best performance in many years. It's ugly, gorgeous, vulnerable, trippy and not a little badass. 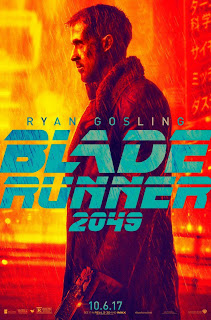 Blade Runner 2049 in theaters - Frankly, so far surpassing the hopes I'd allowed myself to nurture for this 35 years later sequel to a classic and formative favorite. It's sensually breathtaking, satisfactorily thought provoking and most importantly an engaging narrative with a no-ambiguity replicant protagonist. Yeah, I've read your misogyny and white privilege think-pieces about this one and you have not dented or even scratched the wax job on my love for it. 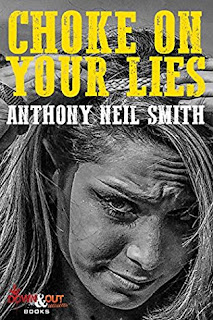 Choke On Your Lies in print - After being available as an eBook only (I've got mine), crime fiction's curmudgeonly teddy bear Anthony Neil Smith's homage to Nero Wolf is finally in print thanks to Down & Out Books! 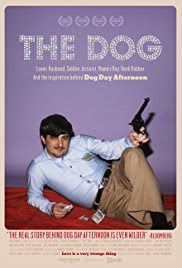 The Dog on Hulu - Pervert, activist, serial-husband, bank robber John Wojtowicz was immortalized in Sidney Lumet's Dog Day Afternoon, but he's got at least as much on screen charisma as Al Pacino playing a more sympathetic version of himself. This documentary lets the man tell his own story that includes plenty of material on both ends of his disastrous attempt to raise money for his wife's sex change. 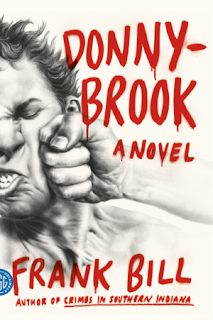 Donnybrook on film - The film version of Frank Bill's debut novel is set to go before cameras in October and casting announcements including Frank Grillo, Jamie Bell, James Badge Dale and Margaret Qualley have just landed. Nothing in writer/director Tim Sutton's previous Dark Night suggests latent badassery waiting to be unleashed, but the low-key lyrical quality to its midwestern suburbia do make me eager to see his treatment of hoosier brawl. 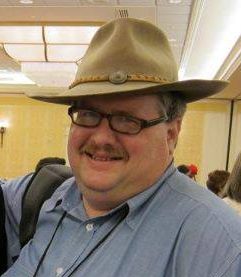 The Hard Word blog - Scott Montgomery's long been a vital voice in the crime community. He's got a lot to say about the authors and books you're interested in, but now that he's got his own site (as opposed to the Austin bookstore Book People's blog he's contributed to for years) he can open up the conversation to westerns, film, out of print material, politics and whatever the fuck he wants. Read it.

Mindhunter season 1 on Netflix - I tend to think of David Fincher as a craftsman more than an auteur - that is a supremely talented professional with the chops to dress and cut his pictures with crisp and arresting visuals and rhythms, but whose choice of project makes all the difference in whether or not I'll be tuning in. That said, his fascination with killers and sociopaths has made up the bulk of his best products from the high pulp of Se7en to the procedural punch miracle that is Zodiac. Serial killers are not generally something I'm interested in, but I was on board for this angle on the subject matter and holy shit, Cameron Britton's turn as Ed Kemper is Emmy-worthy.

Narcos season 3 on Netflix - As much as I dug Wagner Moura's anchoring turn as Pablo Escobar in the first couple of seasons, his exit in a hail of bullets opened up the narrative to be more than 'the Pablo show' and season 3's focus on the Cali Cartel is tight and intense. The best season yet.

The Most Wonderful Wonder season 2 on iTunes  - A podcast out of Oklahoma chronicling the back roads, badlands and bad decisions of two hundred years of Americana. The hosts, Mr. & Mrs. Hall, also make up the folk duo Welcome Little Stranger and the podcast is a folknoir investigation of all the fascinations that fuel their songs. Bite-sized historical oddities and macabre spectacles for those whose mood is brightened by the misfortune of others. Second season is just starting and it's a great time to start listening. Check em out here. 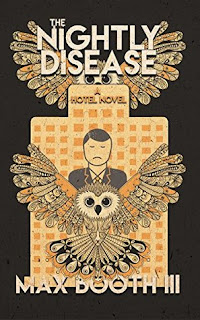 The Nightly Disease back in print - Max Booth III's latest novel only had a handful of months in print before the implosion of the publishing house. I read that shit this summer and it was terrific, so I'm happy to say it's found a new home (and great new cover) at Perpetual Motion Machine Publishing. My favorite hotel novel since Jim Thompson's A Swell Looking Babe and my favorite work novel since Charles Bukowski's Post Office. If you've worked in a service industry, this book will do you good. 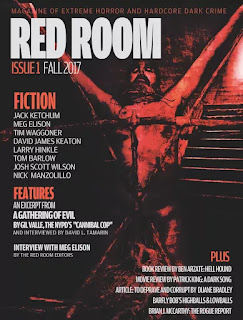 Red Room magazine issue 1 - The first issue of this 'magazine of extreme horror and hardcore dark crime' features fiction from David James Keaton, Meg Elison, Tim Waggoner, some dude name Jack Ketchum and more, plus an interview with Gil Valle the NYPD's "Cannibal Cop". So, there's that. From Cheryl Mullenax, Randy Chandler and the crew at Comet Press - cool. 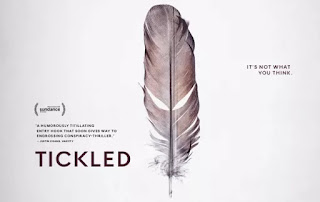 Tickled on HBO Now - The fact that I'm talking about this documentary about a journalist trying to cover the 'sport' of competitive endurance tickling on a crime blog is probably more spoiler than I'd want to give you, but holy crap, please watch this doc without Googling anything about it. Save that shit for afterward. You'll want to. Pretty twisted and twisty story. 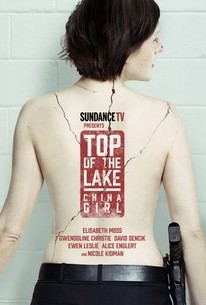 Top of the Lake: China Girl on Hulu - Jane Campion's Top of the Lake was first screened at festivals as a long feature film and then released as a miniseries on Sundance which accounted for some of the awkward pacing/cutting into episodes, but the second season/sequel is more tailored for episodic TV. It features everything there was to dig about the original (minus, of course, some outstanding characters who didn't survive). The relentless parade of men demonstrating horrendous sexual behavior on the show might seem cartoonish were it not merely an echo of the daily headlines from the most 'respectable' levels of society today. Yeesh. Kudos to David Dencik for bringing the creep big this time around.