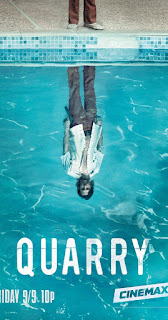 Finished up Quarry and dug that hard. Why? Fucking loved the setting, Memphis, music and seventies social vibrations. The treatment of the material was top notch too. I've enjoyed the Quarry books by Max Allan Collins that I've read, but they're pulpy and could be handled and delivered as such without complaint. The choices made by series creators Michael D. Fuller and Graham Gordy (both former writers on probably the most thoughtful show ever on and about the conditions and the people of the modern American South, Rectify) to roll slowly enough through the plot to develop informed emotional responses to each reveal and action are commendable and make all the difference between loving a show based on books I like and being annoyed by a show based on books I love (like Jack Taylor based on the books by Ken Bruen). 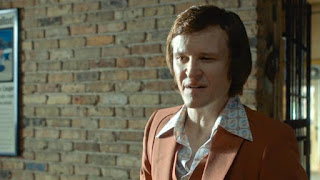 Standouts in the cast include solid turns by the always great Peter Mullan and Ann Dowd as well as a revelatory Damon Herriman dumping the Dewey Crowe schtick (which is always great and I was plenty happy to see him trot out again in Son of a Gun) for perhaps the most complex character in the whole show.

Bummed as hell to hear that the series got the axe, but I'm grateful we got what we did and pleased to say it had an ending that won't leave you hanging. 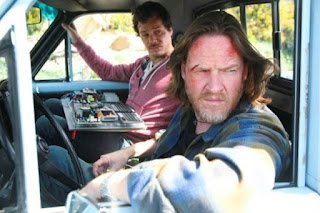 Just finished my third watch of that show and it remains as sharp and moving as always. Why can't we have nice things?

So, before they slip away, lemme give a quick shout out to some other criminal TVs I've enjoyed of late. 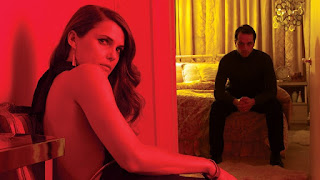 The Americans - yeah I'm not saving this show, I think FX is committed to giving us the full and righteous send-off the series deserves, but I'm still a little confused by how little I see it getting talked about. Damn good show whose far-fetched series finale we seem to be living out in real time. 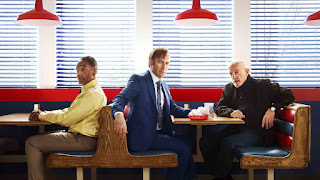 Better Call Saul - what an amazing job this show has done of re-framing the Saul Goodman character from Breaking Bad. Could Vince Gilligan and company turn him into an even bigger tragic figure than Walter White? Might they even pull it off whilst maintaining a tonally compelling mix of humor and pathos? Will it eclipse its origin? All possible. 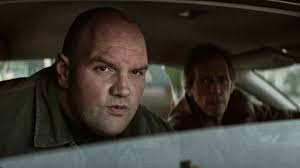 Chance - I'm up to try anything based on Kem Nunn source material and got through the first season of Chance in a quick. Not really sure how it's going to hold up as a continuing series - I hope it resists getting deep into melodrama and instead really lets Ethan Suplee off the chain for some full-dark violence. Maybe that's just me. Holy crap though, what a great character.

Fargo - The biggest turnaround from my initial 'oh, fuck you' reaction when I first heard the series announced to my desire to work an extra job if it'll keep Noah Hawley churning out these wonderful, self-contained (and expansive) seasons of weirdly specific regional awfulness. Awfully good. 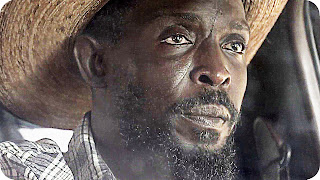 Hap & Leonard - thank fuck somebody finally made the medium  match the authorial voice rather than distorted what makes the books so appealing to make it fit what you can and can't do on television. The pace ebbs and flows episode to episode, the codas get their very own unhurried episodes, space is made for seasonal ensembles to get fleshed out rather than sticking always with the heroes. To think we almost got a Hoke show too. 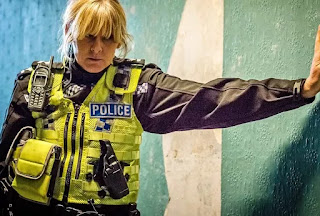 Happy Valley - even the use of a serial killer plot in the second season couldn't derail what was so strongly started in the first. Sarah Lancashire's Catherine Cawood is probably my favorite on-screen cop at this point. She's tough and smart and decent just as much as she's vulnerable, has huge blind spots and is as humanly fallible as the rest of us. No idea how many seasons this one could go, but I suspect the main story arc could be one of the all-time greats.

Narcos - huge ambition meets with timely execution to tell a recent-history story that is still playing out. Wherever it goes it ain't gonna be pretty. With the death of Pablo Escobar in season two season three looks to get out from under what many probably thought was the Pablo show the same way Deadwood really got going once Wild Bill got got. That's my hope anyhow. Really hasn't been anything like it on American TV before (I know, 'cause it's not TV). Also - that Cypress Hill cut in the S3 trailer fucking rules.

Ozark - one season in and I'm excited for what it could become. The opening episode I found excruciatingly intense and I don't expect (or want) any show to keep that level of intensity up all the time, but I'd say my interest dipped a bit in the middle before picking back up at the end of the season. Jury's out on the show's legacy, but I'd say despite the lopsidedness of the casts Ozark easily bests Bloodline for quality crime stuffs. (Not sure I can get it up to finish Bloodline with a single season to go - lemme know if you think it's worth it). 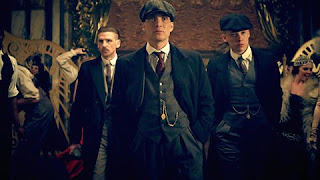 Peaky Blinders - Steven Knight's period drama gets shat on for many of the reasons I most enjoy it - the top-down ultra stylized historical look including costumes, editing and anachronistic music cues - but it's consistently delivering the thrills and tragedy of criminal lifestyles in pursuit of the ultimate corrupt pursuit - legitimate business.

True Detective - In the last month I've rewatched both seasons and dug both even more than before especially in relation to each other. Cop show? Baaaarely. Crime show? Absolutely. Hardcore criminality mixed with surreal, hyper-reality flare and outrageous characters too weird not to feel authentic. I hope the resurrection rumors are true and they keep this shit up. David Milch coming aboard for S3? Hey, I'm all for it, but huge props to Nic Pizzolatto for what's already been delivered. Nothing left to prove, sir.
Posted by jedidiah ayres at 10:32 AM

Damn The Venn diagram of our shared TV-show taste is a bowling ball.

Making reservation at the nuthouse now

Haven't seen any Amazon shows... that's one I'm interested in

What about the surreal season three of Twin Peaks?