Taken by the Wind: Marietta Miles on Stevie Nicks 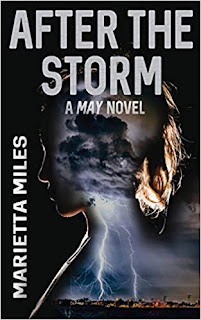 Marietta Miles writes rough fiction with a dark sensibility that fits this here blog in case you didn't know. She's been a guest here before (check out her scorcher of a CriMemoir piece) and she's back with a brand new novel, After the Storm, and a brand new guest piece about one of her inspirations. Check it out and then go grab a couple Miles titles to get you through the upcoming silly season.


Taken by the Wind
by Marietta Miles

I f my heart were a bedroom, Stevie Nicks would be tacked to the wall. Her voice ringing from ceiling to floor. Spilling from my bright white, carefully-placed Sears and Roebuck Turntable, Cassette Combo. 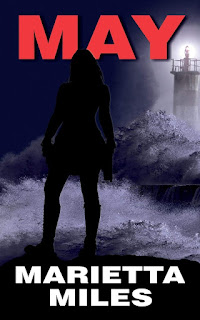 In May, predecessor to the current release After the Storm, there is a scene where my protagonist, a lonely, small-time weed dealer named May, is in her bedroom packing and preparing her house for an approaching winter storm.

With the wind howling outside, she chooses what to try and save while listening to the stereo. Smoking and getting lost in the music. Stevie Nicks is singing to her. There, alone in her tiny and remote house, with no one caring whether she lives or dies, Stevie feels like May’s only friend.

There have been so many times in my life when it felt as though the only person who cared or understood was a stranger reaching out from the speakers. 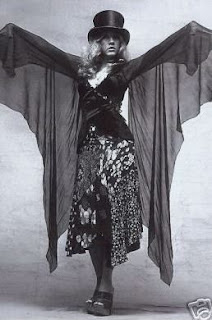 Stevie isn’t really a stranger, though. She’s been with me as I write my books. As inspiration for characters or the soundtrack to a scene.

Why does she possess me?

The tales she tells…

Think of Rhiannon. The unlikely, funky bass and drum foundation fronted with a finger-picked guitar. From the mist comes a raspy, dreamy voice singing the story of a Welsh witch. A woman flying in the night. Taken by the wind.

Her songs are poetic and mysterious. Graceful. Yet, below the shawl of sage and silk, her words are rhythmic reflections on her years spent rising from the ashes.  Stevie conjures magic from her darkest times. 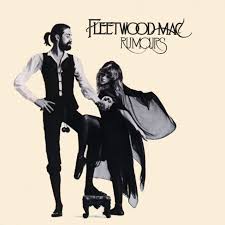 Through all the heartbreaks, addictions and abuses she wrenched herself open and whispered in our ears about the emotions rolling over her. 1977’s Rumours was practically an audio documentary of broken friendships and love-affairs, wild nights and hard days. It’s not a reach to say, many of her best songs grew from turmoil. But her watercolor heart always seemed shaded with hope and second chances.

According to the 2017 unauthorized biography Gold Dust Woman, Stevie Nicks and Lindsey Buckingham, on and off artistic and intimate partners, had a relationship that was often off balance. 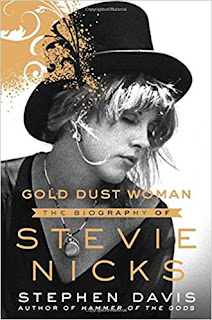 The controlling Buckingham would publicly and blatantly insult and bad-mouth the naturally charismatic Nicks. Gold Dust Woman recounts how, in the very early years of their partnership, he went so far as to bully her into removing her shirt for the cover of their first album, Buckingham Nicks. He belittled her songwriting, performances and, according to witnesses that include Fleetwood Mac band-members, physically attacked her.

He seemed to have and want the power, but as the world was introduced to Stevie and her ethereal way with words, his control shifted and dissipated. It was time for Stevie to tell us the story of a woman breaking free and flying far away from her unworthy prince charming.

Stevie made the choice, made the choice, not to have children and is honest about the feelings and stigmas that are attached to her life-decision. We live in a time when women are still considered less than ideal if they aren’t mothers, but not having children makes her no less of a woman. She shows the importance of making your own path and living without regret.

The sound of her voice…

Stevie’s imperfect vocals hold strength in their fragile parameters. She fills the words with emotion. What may start as a gentle murmur speaking of leather or lace then erupts into wild, unearthly bellows. This is especially true in her live performances. Fleetwood Mac was famous for extending a five-minute song to fifteen, walls of speakers and bombarding waves of sound, with Stevie keeping pace. Her voice a siren song to the heart. Listen to The Chain. Landslide.

Stevie fought a rough battle against addiction — with cocaine and later Klonopin — and though it was a bump in the road, she did not allow it to sweep her away. She got help and has been candid and open about her fight, inspiring others.

With her music, she allows us to truly experience our feelings. Wring them from our soul and drown in them, but not forever. Her music also reminds us that heartbreak is a natural, if not necessary, part of living. It will pass, see the beauty in it all because it’s better to feel something than nothing at all.

Her power to heal… 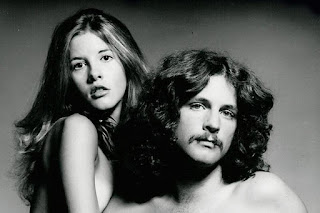 I remember driving south on 95, two cats and a futon in the back of my Honda, leaving New York City and a man who didn’t truly love me. Leaving his gloomy addictions. His other women.

Stevie Nicks has led a fascinating and rollercoaster life as one of the true icons of rock. More excitement and sadness in her years than I can imagine. She’s the first woman to be inducted into the Rock and Roll Hall of Fame twice, with Fleetwood Mac in 1998 and as a solo artist in 2019. Her albums, solo or with Fleetwood Mac, have sold millions. Nominated for Grammys. 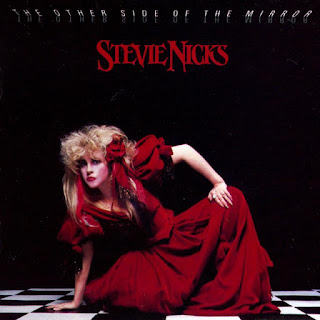 She has fought and worked to succeed in an industry run by aggressive and commanding men. Stevie fell into the lush and tactile nature of her femininity, even as it was used against her in her bid to be taken seriously. All the while she stayed true to her personal artistic vision. Sharing her mistakes and triumphs for anyone who might listen.

Is it any wonder that my heart jumps when I hear my youngest daughter listening to Sara and Edge of Seventeen? Do I attempt a perfect twirl as I head to the kitchen to begin the fiesta that is Taco Tuesday? Hell, to the yes. And I hum and pirouette and shake my invisible tambourine. Oh, it’s something to see.

Cause you see you’re a gypsy… 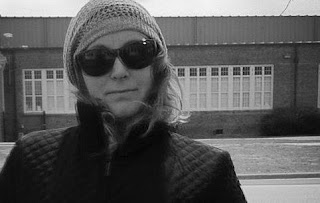 Marietta Miles is the author of May and Route 12. Her latest title from Down and Out Books is After the Storm.

Posted by jedidiah ayres at 4:21 AM