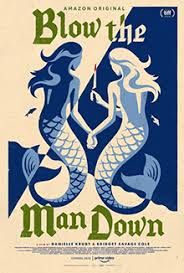 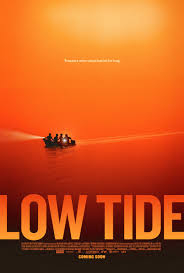 Appreciated Jen Johans having me on her podcast Watch With Jen & Friends to talk about what we're watching and reading during quarantime. I took the opportunity to suggest an Eastern seaboard small town crime double feature of Danielle Krudy and Bridget Savage Cole's Blow the Man Down and Kevin McMullin's Low Tide. Both are feature directorial debuts with a lot of promise. No idea whether Krudy and Savage Cole's will be an ongoing partnership nor whether any of the parties will continue to focus on crime stores, but I was very pleased with each and you can tune in here to listen to my ramblings (and consider contributing to Jen's patreon). 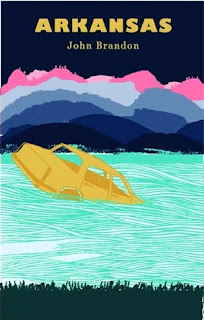 On the episode I mentioned I was reading John Brandon's Arkansas in anticipation of the movie's imminent release. Happy to say, I dug both. I read and very much enjoyed Brandon's second novel Citrus County some ten years ago and snatched up a copy of Arkansas which then sat on my shelf until I saw the movie was coming and decided I really needed to read the book first.

Hoo-boy, I loved the book. Like really loved it. Even more so than I remember loving Citrus County (which I named one of my favorites of the year back when I wrote about books for that other site). It was funny and warm toward its characters without sparing them anything and as fun as the dialogue and actions were to imagine as onscreen antics it was most definitely a book - the structure was a little tricky with multiple POV characters and non-linear chapters. A successful film adaptation was going to be tricky. 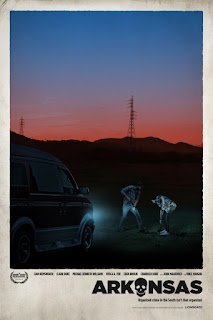 Enter rookie feature writer/director Clark Duke, best known as an actor in connection with Rob Corddry in Hot Tub Time Machine (a movie I really love, btw) who also cast himself as Swin, opposite Liam Hemsworth's Kyle in an effort to break free from the type-casting rut he'd found himself in as a performer. Their odd-couple at the heart of the film are supported by Vince Vaughn, John Malkovich, Michael Kenneth Williams, Vivica A. Fox and Eden Brolin.

I really liked the film and loved the book and I'd encourage you to check out both. 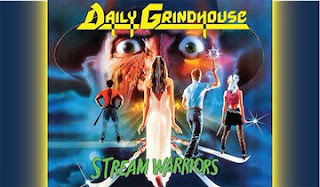 Over at Daily Grindhouse I was the guest Stream Warrior this week and recommended a few overlooked, forgotten and small crime flicks currently available on Tubi, Netflix and Prime. You'll have to go on over there to see the picks, but I promise a mix of straight up trash, exploitation, innovation and A-list quality projects that completely missed with audiences. 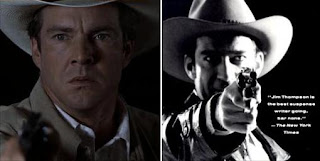 Okay - I'll let you in on one of the picks, 'cause I really enjoyed rewatching it this week - Steve Kloves' Flesh & Bone starring Dennis Quaid, Meg Ryan, James Caan and Gwenyth Paltrow. Man, it didn't do shit when it came out, but it's a great little noir full of wonderful details that feels a lot like a Jim Thompson story to me... sure, I can see why it wasn't a blockbuster hit, but it was most definitely made for me. 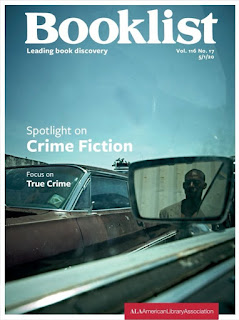 And how cool was it to see S.A. Cosby's Blacktop Wasteland gracing the cover of Booklist magazine for just a minute. Turns out the cover upset some folks so much that Booklist decided to take it down and reprint the issue with a new cover. Fucking bummer man. Shawn's a real talent, a generous personality and a success story everybody can root for, right?  At least Booklist gave him a chance to respond publicly to the situation. You can read his response here and you can also read his twitter responses to the whole thing. Here's hoping Blacktop Wasteland is the breakthrough book for tomorrow's favorite new crime writer. 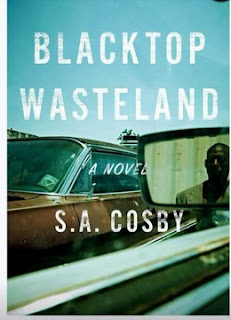 Shawn's contributed pieces to HBW several times in the last few years, if you're not familiar with him you can read those here, then if you can pre-order Blacktop Wasteland I heartily recommend that you do.

Another pal several hours into his fifteen minutes and not slowing down is William Boyle. His new book City of Margins is out and worth seeking out however you have access to books. He's guest edited byNWR's latest issue, the noir issue, Dark Brink of Love and he's brought along a host of contributors I'm a fan of... Scott Adlerberg, Ace Atkins, Marya E. Gates, Gabino Iglesias, Mary Miller, J. David Osbourne, Jack Pendarvis, Sarah Weinman and more. Check that shit out. 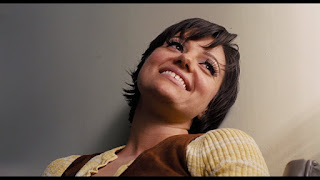 You can also get your fill of Bill on a previous episode of Watch With Jen & Friends and on a recent episode of Increment Vice with Travis Woods. (also check out Daily Grindhouse's Jon Abrams on the latest episode). In these times of isolation it's been nice to tune in and have the chance to hear pals chatting about the stuff I'm interested in. Good stuff. 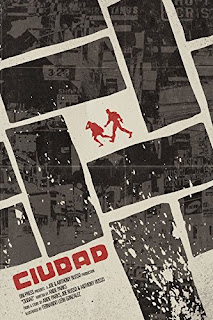 Posted by jedidiah ayres at 11:29 PM No comments:

Labels: Daily Grindhouse, Interview with me, pals, Patting myself on the back
Newer Posts Older Posts Home
Subscribe to: Posts (Atom)