White Sands in Your Crack 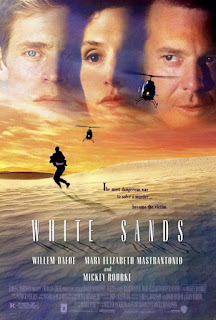 I was very happy to be back on The Projection Booth podcast to discuss Roger Donaldson's White Sands. I hadn't seen the film in twenty-five years and was excited to revisit it. What did stand out again on my revisit is the cast. Holy cow is it stacked. Always somebody interesting to watch and appreciate especially thirty years on as both Willem Dafoe and Samuel L. Jackson have built tremendous careers.

It's a high-desert daylight noir that twists about perhaps too much for its own good. Curious to know how writer Daniel Pyne might have directed the material and if he could have milked the late in the film revelations for greater impact, but as Roger Donaldson had already delivered high-impact thrills out of the similarly convoluted No Way Out, I'm inclined to believe the script is the weaker element. 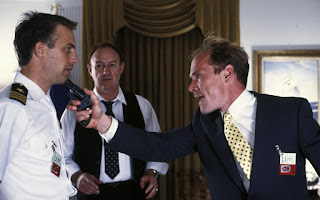 On the episode you'll hear me and guest Andrew Nette square off against host Mike White on the merits of No Way Out, a film which both Nette and I adore, but which inexplicably turns Mike off. Like, way off. And I do adore No Way Out. Truly, madly, deeply adore it.

Still the low-key feel of the whole affair is part of White Sands' appeal for me. It's a mostly-solid mystery with an A-plus cast and director that won't make a crime fan out of a non-fan, but will be a delightful discovery for genre fans looking for forgotten fare from the era.

Also on the episode Mike talks at length with screenwriter Pyne about his decades long career including his fascinating sole feature directorial effort, the meta-noir Where's Marlowe? starring Miguel Ferrera. Mike, if you're planning an episode on that one, I'd love to tag along.

A few things I've been into lately... 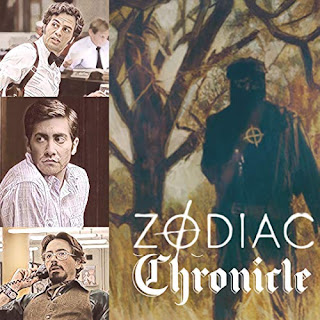 Blake Howard's latest podcast project, The Zodiac Chronicle is up and running, talking about David Fincher's 2007 film uh, Zodiac. This podcast is not a minute by minute analysis of the film and features multiple and overlapping discussions and observations about the movie. Once again, he's chosen a film made by, about and for obsessives, check it out if that's your bag. 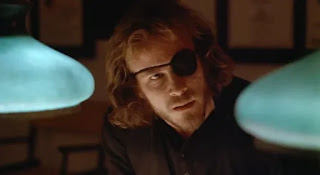 After wrapping up the Increment Vice podcast Travis Woods has a new written piece on Cutter's Way up at The Secret Handshake and it's really nice to read new words from him taking on his favorite films on his favorite subject (toxic masculinity - one of mine too!). 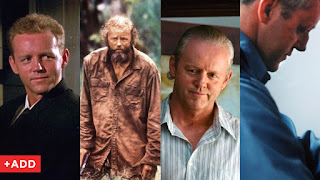 Jen Hohans continues to put out great conversations on her podcast Watch With Jen. Check out the episode with Jordan Harper on David Mamet and S.A. Cosby on Neon Noirs. She's also continuing her essay series for Netflix spotlighting favorite actors. The latest one on David Morse pre-cludes an upcoming episode of the podcast with William Boyle.

And speaking of Jordan Harper, dude's got a new blog called Welcome to the Hammer Party and I suggest that you check that out.

Jake Hinkson has a few things to say about old movies over at The Night Editor and, as always, I'm here for them.

And I'm all here for Pete Dragovich regularly sharing opinions on the internet again. His The Nerd of Noir blog was a staple for me years ago and while I do miss hearing about books from him, I'm enjoying his Letterboxd feed where he's been leaving pith takes on all the film stuff. 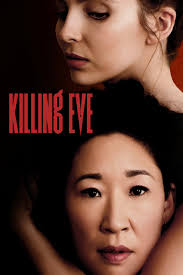 I don't watch an awful lot of TV these days as I'm finding movies more satisfying and easier to take a chance on, but I did recently enjoy all three seasons of Killing Eve, adapted from the Luke Jennings books by Phoebe Waller-Bridge. Sandra Oh and Jodie Comer are both a lot of fun and the show is ridiculous, but it went down pretty easy. 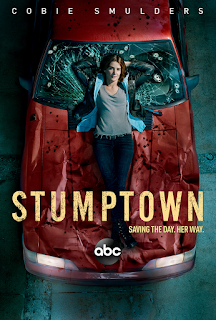 I also rewatched Terriers and in an attempt to find something close to that, gave Stumptown a go (adapted from the Greg Rucka comics that I enjoyed). It's... very network-TV-y and that is a hard thing for me to sit through. I did enjoy Cobie Smulders as Dex, though I wasn't left bitterly disappointed that there weren't going to be more seasons. 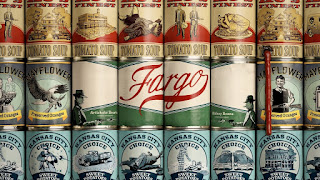 Fucking loved Fargo's fourth season though. Holy shit, it continues to be the best thing on television. A tremendous ensemble cast, regional and historical specificity, sharp as hell writing from Noah Hawley and company and every year a body count that actually hurts. Please never stop making this show. 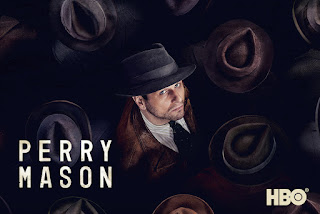 And you know what? Perry Mason was pretty good too.
Posted by jedidiah ayres at 2:57 AM 2 comments: