A Hawke Remake of a Hawks Remake 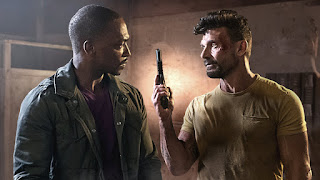 On the latest episode of the Do Some Damage podcast you can hear me talking a bit about Joe Lynch's Point Blank starring Anthony Mackie, Frank Grillo and Marcia Gay Harden. You may hear it described as "a Netflix original," but it's a remake of Fred Cavayé's French language film of the same name (no, it's not a remake of John Boorman's 1967 classic). 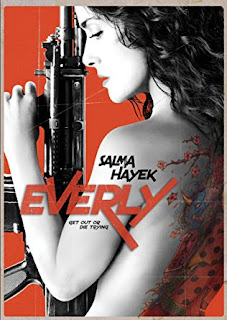 Lynch is a film maker of juvenile strengths - his movies are gonna be crude, irreverent, ultra-violent, gross and over the top wherever possible - and that works for him (and me) more often than not (I really enjoyed Everly and Knights of Badassdom is a lot of fun too). It's one of the reasons the English-language remake is worth having. Outside of plot this remake's not much like the original. This is a Joe Lynch flick and his stamp is all over it.


It may or may not be your thing though.

If it's not your for you I would highly recommend checking out the original. It fucking mooooves. I dug Lynch's flick, but it's awful talky compared to this one. 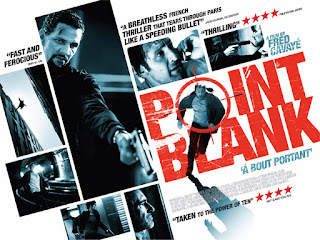 Point Blank isn't the first Cavayé film to get an English language remake. 2008's Anything For Her was remade by Paul Haggis as The Next Three Days starring Russell Crowe and (Lynch's) Point Blank screenwriter Adam Simon isn't finished writing English language adaptations; next up from him is Joe Carnahan's remake of Gareth Evans' The Raid. Point Blank may highlight Simon or Lynch or Carnahan (who also produced Point Blank) juvenile strengths, but it also has some fun with movie references throughout.

Notably, William Friedkin's Sorcerer, Brian De Palma's Scarface and John Carpenter's Assault on Precinct 13 all get shout outs and the commonality between them is...? All three are remakes of good pictures that are generally considered to be worthy of standing alongside or even superior to the originals. 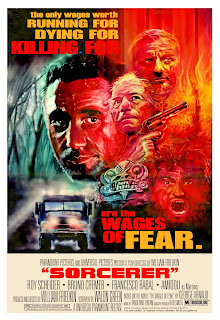 Sorcerer is based on French novelist Georges Arnaud's book Wages of Fear which was originally adapted for the screen in 1953 by Henri-Georges Clouzot (as well as in 1958 by Howard W. Koch as Violent Road) and might appear again soon directed by Ben Wheatley. Friedkin's version is singled out though and for good reason. It's an all-timer for me. Hugely influential on my own work and sensibilities - especially on Fierce Bitches. 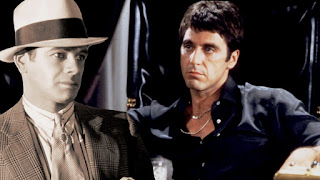 Scarface is an unofficial cocaine wars update of Howard Hawks' prohibition-era gangster movie based on the Armitage Trail novel inspired by Al Capone. In the podcast I mistakenly refer to the 1983 version as Oliver Stone's Scarface (he's the screenwriter). 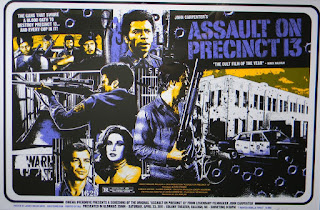 Since Hawks gets two nods Friedkin gets a second reference with To Live & Die in L.A. getting a shout as well (a movie I've heard some argue eclipses its own source material; Gerald Petievich's novel of the same name).

All that's from a single casual viewing, so I'm probably missing a bunch of other nerdy nods. Anyway, it's fun on a few levels. 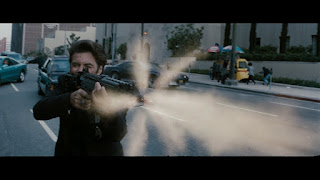 Tim Pelan on Sorcerer at Cinephelia & Beyond.

Brian Brems on To Live & Die in L.A. at Bright Wall Dark Room.

Priscilla Page on the car chase in To Live & Die in L.A. at Hagerty.

Me on To Live & Die in L.A. and other adaptations of Gerald Petievich books.

Me on Sorcerer and other gringo noirs.

My quick thoughts on John Carpenter's Assault on Precinct 13.

My quick thoughts on Joe Lynch's Everly.
Posted by jedidiah ayres at 10:36 AM No comments: