Every once in a while I am forced or tricked or seduced out of my literary comfort zone and I get another perspective on the world. Usually these side trips serve to merely reinforce my prejudices and keep me entrenched more or less comfortably where I'm typically found. For instance I picked up a current affairs/recent history type of former bestseller from the library recently - ughh, what a dull piece of shit that one was. Can not figure the appeal at all, but it was huuuuge. On the other hand, sometimes I get introduced to something vaguely exotic to my sensibilities that I enjoy. Such was the case with Carol K. Carr's India Black, the first of a presumed series about a former whore now madam of an upscale brothel in 19th century London. Everything about the packaging on this one was a turn-off, but damn, the voice was great. In the first few pages, debaucheries are described that had me guffawing and the undignified treatment of human remains touched me in a special place. Not that this is really all that dark. Not at all. The tone is simply irreverent. Brought to mind Joss Whedon for some reason, tho, Mr. W really goes for the gut every so often. In other, getting outside of my box, I read and enjoyed Michael Lewis' Liar's Poker to compliment my recent ingesting of Cortright McMeel's Short. They'd make good companion pieces. Both Short and India Black suffer, in my opinion from unfortunate packaging. Black should've featured a far pulpier picture or dipped into some Jack the Ripper bloody vibe and whoever compared Short to The Office oughtta read the damn book. Anyway, I'm owning up to enjoying books with corsets over at Ransom Notes.

Elswhere, I really enjoyed Greg Rucka and Matthew Southworth's Stumptown on the john a couple nights ago. I'd like to see more of that kinda schtuff and a big thanks goes out to Kieran Shea for the introduction.

Speaking of Shea, he's in the lineup along with Matthew C. Funk, Tim L. Williams, Garnett Elliott, Johnny Shaw, Jeremiah Grandon, Terry White and Jim Wilsky for The New Slashers edition of Plots With Guns. Infact, Shea's all over the place. Say 'hi' for me when you bump into him.

In this morning's Ransom Notes post, I'm a bit afeared I sound like a grump, but don't cry for me, Argentina, I actually like Christmas. Thirteen holiday seasons in retail hell couldn't squeeze all the joy from me, it just takes a while to get the crankies out first thing in the morning. Still, I do plan on reading Jim Nisbet's The Damned Don't Die. It's perfect single day reading size and should go a ways to making me thankful that my life doesn't resemble any of his characters'.

I did go see True Grit this week and wow, Bob, wow - it was a blast. At once a typically Coen Brothers genre subversive and a western that delivers the goods. Among all the fine performances, I'd like to single out Barry Pepper as Lucky Ned Pepper, (no relation), as one I'd like to have spent even more time with. He keeps quietly delivering great roles that never overshadow the leads, but that I recall later and focus on in repeat viewings, making up for Battlefield Earth one film at a time. Check out The Twenty-Fifth Hour and The Three Burials of Melquiades Estrada for some of his best work.

Enjoy the shit out of your Christmas holiday.
Posted by jedidiah ayres at 7:34 AM 8 comments:

Took the kiddos to their first Laser Floyd show last night. The glasses have improved as has the cast - they're now calling it Tron: Legacy. If ever I were conscious of being a target demographic, but not resented it, 'twere now. I was six when Tron came out and rocked my world. Pre-William Gibson, pre-The Matrix. My oldest son is six now and yeah, they're cashing in on my nostalgia to the tune of... more than I'm comfortable spending on movie tickets, but man it was a lot of fun sitting between the kids checking out their blissed out, goggled faces. My wife dubbed it afterward "a future stoner classic," which it most certainly will be. I mean, c'mon it even features that Lebowski cat at his Dudest.

And if this isn't a Jeff Bridges Christmas, it'll do till the real thing gets here. True Grit, the latest from The Coen Brothers comes out tomorrow and these two were easily my most anticipated movies of the season. At Ransom Notes, I'm talking 'bout Grit and author Charles Portis, whose books tend to be turned into movies starring Glen Campbell, (also see Norwood).

Over at Day Labor the Crimefactory blog, I'm dispensing the honors of my best of whatever for 2010.

Meanwhile, over at Heath Lowrance's Psycho Noir, I'm delivering my contribution to his 20 essential noirs series. I like to be a little controversial and figure discussions, heated or otherwise, are the point of these lists. So, there're a bunch of titles I would love to have included, but didn't and plenty of people, I'm sure, will have issue with some of my selections. Y'all can kiss my ass.

Merry Christmas
Posted by jedidiah ayres at 8:09 AM 2 comments:

When You Find a Stranger in the Alps

Aw, man, I just figured it out. This short story I was about to write is nothing but a rip off of one of my favorite Greg Bardsley stories - Funny Face. Dammit, now I got nothin.

At Ransom Notes I'm talking about Libby Fischer Hellmann's Set the Night On Fire. I make mention at the end of the piece that I found it a bit distracting that one of the main characters was named Philip Kerr and wondered if it was a big nod or coincidence or inside joke or what. I got an e-mail from her saying it was a completely subconscious gaff on her part. She, like me, is apparently a big fan of Kerr's Bernie Gunther books.
Posted by jedidiah ayres at 8:25 AM 4 comments:

Hey, alright. Apparently all I have to do is post at Ransom Notes about what I want for Christmas and good people like Brian Lindenmuth will come from the east bearing gifts. Thanks to that Baltimore wise man I should be receiving Don Winslow's Power of the Dog in the mail soon. So, I'm trying not to Scrooge it up over here and keep the good will flowing. That's why I'm offering two Reed Farrel Coleman titles this week, The James Deans and the Ken Bruen collaboration, Tower. As usual, to enter, just leave a comment on this post and Friday I'll draw the winning names.

Speaking of the good Mr. Lindenmuth, head on over to the really ridiculously high quality Mulholland Books blog for Brian's piece on the fall and rise of crime comics, and after that go back to Ransom Notes for my piece about that other Baltimore son Nik Korpon's debut novel Stay God. I had the pleasure of meeting Nik at NoirCon several weeks ago - he's scary bright and plenty cool, and I'm hoping Stay God is a big base hit for his career.

Out of the Gutter has a brand new issue featuring Tony Black, Ian Ayris, Michael Bracken and William Boyle whom I also met at NoirCon. Come to think of it, the first time I saw Korpon's name was when we shared space in Out of the Gutter's Revenge Issue - that was a kick ass issue too, folks. Aside from yours truly and Korpon, it featured Charlie Stella, Vicki Hendricks, Mike Sheeter, Glenn Gray, Matthew Mayo and Sophie Littlefield among others.

Ms. Littlefield and Mr. Mayo both have pieces in the brand new issue of Needle magazine too alongside the likes of N@B alumn Anthony Neil Smith and Matthew McBride, as well as Kieran Shea, Graham Powell, Matthew C. Funk, Graham Bowlin, Michael Gonzales, Richard Godwin and Libby Cudmore, another pleasant face to face I had at NoirCon. But the truly exciting bit about this issue of Needle is that it marks part 1 of the brand new serialized novel Wolf Tickets by Ray Banks. Boo-ya. I'm ordering mine now.
Posted by jedidiah ayres at 8:42 AM 9 comments: 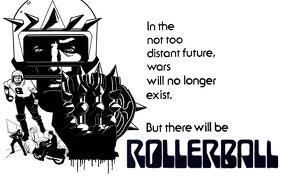 Over the weekend I traveled with Scott Phillips to a small town I used to live in to see Tom Franklin read from his latest, Crooked Letter, Crooked Letter. Also attending the event was John Hornor Jacobs, all the way up from Little Rock and William Harrison, author of (Roller Ball Murder & Burton and Speke, the basis’s for Rollerball and Mountains of the Moon respectively). Good trip. Looking at doing a trip out to Mr. Franklin’s haunts in Mississippi soon for some writerly thing that may be happening. I’ve never been, but Rod Norman assures me it’s a swell place and it sounds like it probably is. Aside from the late Barry Hannah and some cat named Grisham, Franklin, Jack Pendarvis, John Brandon and William Boyle also call it home. Must be something in the water.

My first exposure to Franklin was in Murdaland magazine and this week Murdaland’s publisher, Cortright McMeel’s debut novel, Short was published and over at Ransom Notes, I’m giving it the once over. I made a comment in the piece about Short being an interquel, (middle chapter of a trilogy linking two previously unrelated books or films – thanks Jeff Bayer & Eric Snider – of the Movie BS podcast), between The Smartest Guys in the Room and Fight Club, and I’m curious to hear from anybody else with an opinion on the matter. Sometimes I pull this stuff outta my ass, sometimes I’m brilliant, but hell if I can tell the difference.

And if you don’t “win” one, don’t worry. You can still get a free copy of his latest, Rut from The Concord Free Press if you make a request. They’ll even ship it to you gratis. All they ask is that you make a donation to a charitable cause in the amount of your choosing and they employ the honor system. But hurry, they’re running out.
Posted by jedidiah ayres at 4:55 AM 13 comments:

Big congratulations to Heath Lowrance and Jen Myers who won copies of Megan Abbott's Die a Little and Bury Me Deep respectively. Be sure to tune in next week for another giveaway. Dun dun dun dun.

Tomorrow, Scott Phillips and I take off for Fayetteville, Arkansas to see Mr. Tom Franklin. It's funny, the more I mention Fayetteville ties, the more I find people who have them too. Franklin and his wife, the poet Beth Ann Fennelly, Daniel Woodrell and Katie Estill and even Mr. Erik Lundy who's stuff you oughtta know by now, did his time there. The picture accompanying this post is one of Lundy's and was inspired by his time in Arkansas.

Over at Ransom Notes I'm talking about bad guys. Not villains, but protagonists who are criminals, not so much psychos and not interested in redemption. Last night I swear to you I read two Max Allan Collins books cover to cover. His original Quarry titles have been reprinted by Perfect Crime Books and they're a lot of fun. Still waiting for the Quarry movie, Last Lullaby, starring Tom Sizemore, (as a character named Price, but c'mon, it's Quarry), to be available.
Posted by jedidiah ayres at 11:40 AM 2 comments: