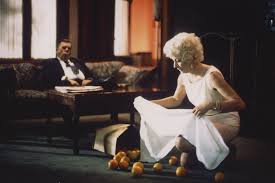 Couple weeks back when the rest of you were in Florida attending Bouchercon Steve Weddle and I found ourselves bereft of con attendees Holly West and Chris Holm and no idea what to do for the Do Some Damage podcast. What we opted for was an impromptu discussion about films - I promised not to do any preparation and let Steve pull a topic out of a hat prompting me to pull content out of my ass. The ensuing discussion covered Charley Varrick, Sterling Hayden, Jules Dassin and The Grifters. You can find it here. 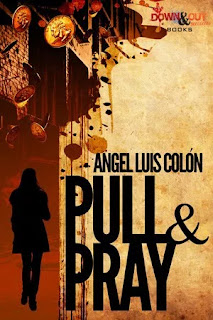 And if that's not even close to enough of hearing me blather, Angel Luis Colón was his generous self and let me go on and on on The Bastard Title podcast. I've enjoyed listening to The Bastard Title episodes featuring folks like Johnny Shaw, Eryk Pruitt and Jordan Harper especially. Check out our conversation here. And be sure to pick up Angel's latest novel Pull & Pray from Down & Out Books if you like it hard boiled.
I'm always happy to have a new Shane Black film landing, not only for the opportunity to see it, but also for the excuse to revisit his entire body of work and to follow along with all the other folks who clearly feel the same way I do. A couple of my favorite Black pieces landing alongside The Predator that I particularly enjoyed: 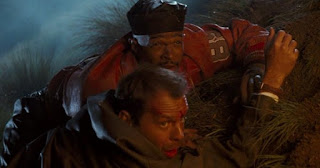 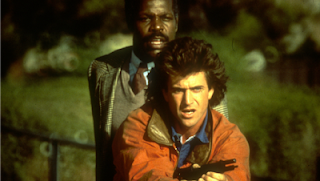 Jake Hinkson on Lethal Weapon at The Night Editor.

I've been enjoying Michael Gonzales' The Blacklist series at Catapult covering out of print titles from African-American authors. The latest piece discusses Charlotte Carter's Rhode Island Red and it snagged my eye because I am still digesting the first of her books I've read, Walking Bones, a title I picked up on a recommendation from Kent Gowran. 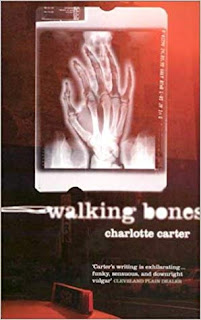 Kent's recently been posting simple book recommendations and having benefited from his recs in the past I pay attention when new to me titles and authors catch my eye. In the end, that's all I really want out of social media. Tell me about movies, books and music I've missed out on for whatever reason. So, I've been trying to do the same on Twitter recently. Just quick picks and signal boosts particularly for stuff I've enjoyed, but haven't seen much discussion about. 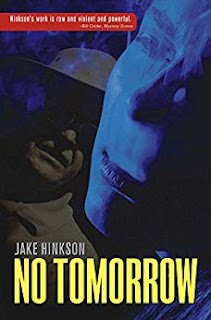 Today I was going to suggest Jake Hinkson's No Tomorrow and last night he dropped the news that the French translation just won the Grand Prix de Littérature Policière 2018. Holy shit, man. That's such great news. Not going to pretend it's not personally validating too. I mean, I've been telling you jokers to read his shit for years. So glad he's at least getting his due elsewhere. 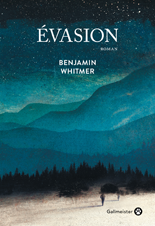 The French, man. They know something. I mean, fucking William Boyle and Benjamin Whitmer's new books are published there before they're available in English. Between this and news that the adaptation of Frank Bill's Donnybrook opened the Toronto International Film Festival and quickly sold to IFC Midnight films, it feels like maybe, just maybe I'm not full of shit. 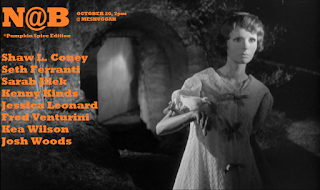 So, if you want to stay out front of what's what for crime and noir fiction be sure to come to N@B-Pumpkin Spice Edition October 20 for a good shot of creepy fucking shit from repeat offenders Fred Venturini, Shaw L. Coney and Josh Woods, plus Kea Wilson, Seth Ferranti, Kenny Kinds, Sarah Jilek and Jessica Leonard.

Maybe you've noticed I've not kept to a strictly weekly posting schedule here for the last few months. Maybe you haven't. Maybe I flatter myself that this has registered with anybody, but the fact is that in just a couple of weeks this blog will officially be ten years old and I'm damned tired. I'm not shutting down, but I'm officially giving myself permission to tap the brakes a bit.
For three of these last ten years I also wrote Barnes & Noble's (no longer existent or archived) mystery blog, Ransom Notes, with posts twice a week (a pace I mirrored at HBW in order to cross promote). All in all a conservative estimate makes it easily over a thousand posts (and many thousands of hours spent writing and apologizing for them). I'm glad to have done it, but I'd like to concentrate more on other writing going forward.

I'll continue posting here, just don't expect a regular schedule. If you've been reading regularly here, thank you. Really, the feedback I get from you guys makes it feel like I'm not just jabbering into the void and I appreciate every bit of it. For more consistent (and mercifully brief) content Twitter is where you'll find me talking about the shit I tend to talk about (follow me @JedidiahAyres).
Posted by jedidiah ayres at 8:56 AM No comments:

Labels: Do Some Damage, Interview with me, NoirBar, Ransom Notes 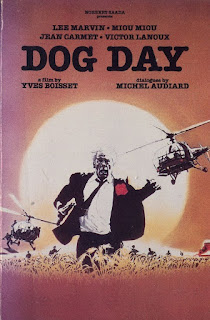 As a kid haunting the grocery store video section I was always fascinated by the poster for Dog Day starring Lee Marvin. Oh man, he looks so badass pursued by helicopters across a wheat field and----I think I thought the rose on his jacket was the bloody bloom of a gunshot. 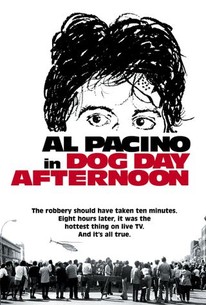 I'd never heard the phrase 'dog day' before, but it pretty much translated in my mind to 'a real bitch' and perhaps it's understandable that I confused the Yves Boisset film about a gone bad bank robbery for Sidney Lumet's similarly concerned and titled Dog Day Afternoon.

Then when I was in high school the 'dog' in the title coupled with the black ties in Quentin Tarantino's Reservoir Dogs made me immediately assume it was all referencing Dog Day. 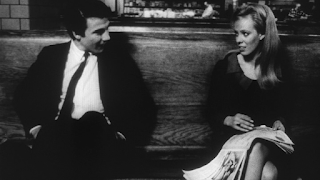 Michael Madsen's line to Harvey Keitel "I bet you're a big Lee Marvin fan" seems to reference Martin Scorsese's Who's That Knocking at My Door? in which Keitel talks Zina Bethune's ear off about Lee Marvin 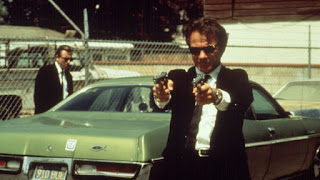 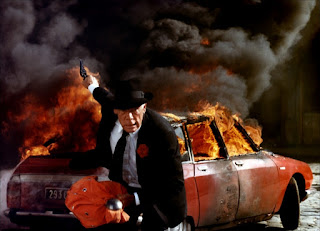 But I like to think he's actually suggesting that Keitel's character Mr. White is having a blast play-acting like he's the aging badass thief and killer Marvin plays in Dog Day "Are you gonna bark all day, little doggy?" 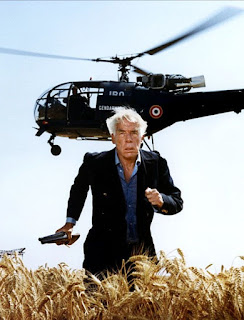 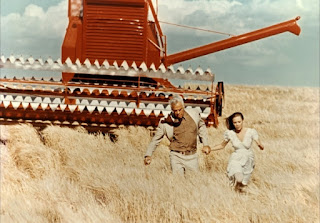 Anyhow, I finally saw Dog Day and it's not very good, but I can now keep it and Dog Day Afternoon and Prime Cut straight in my head. That poster though... that poster is amazing and I'm grateful for all the wild adventures it inspired in my head
Posted by jedidiah ayres at 5:40 AM No comments: